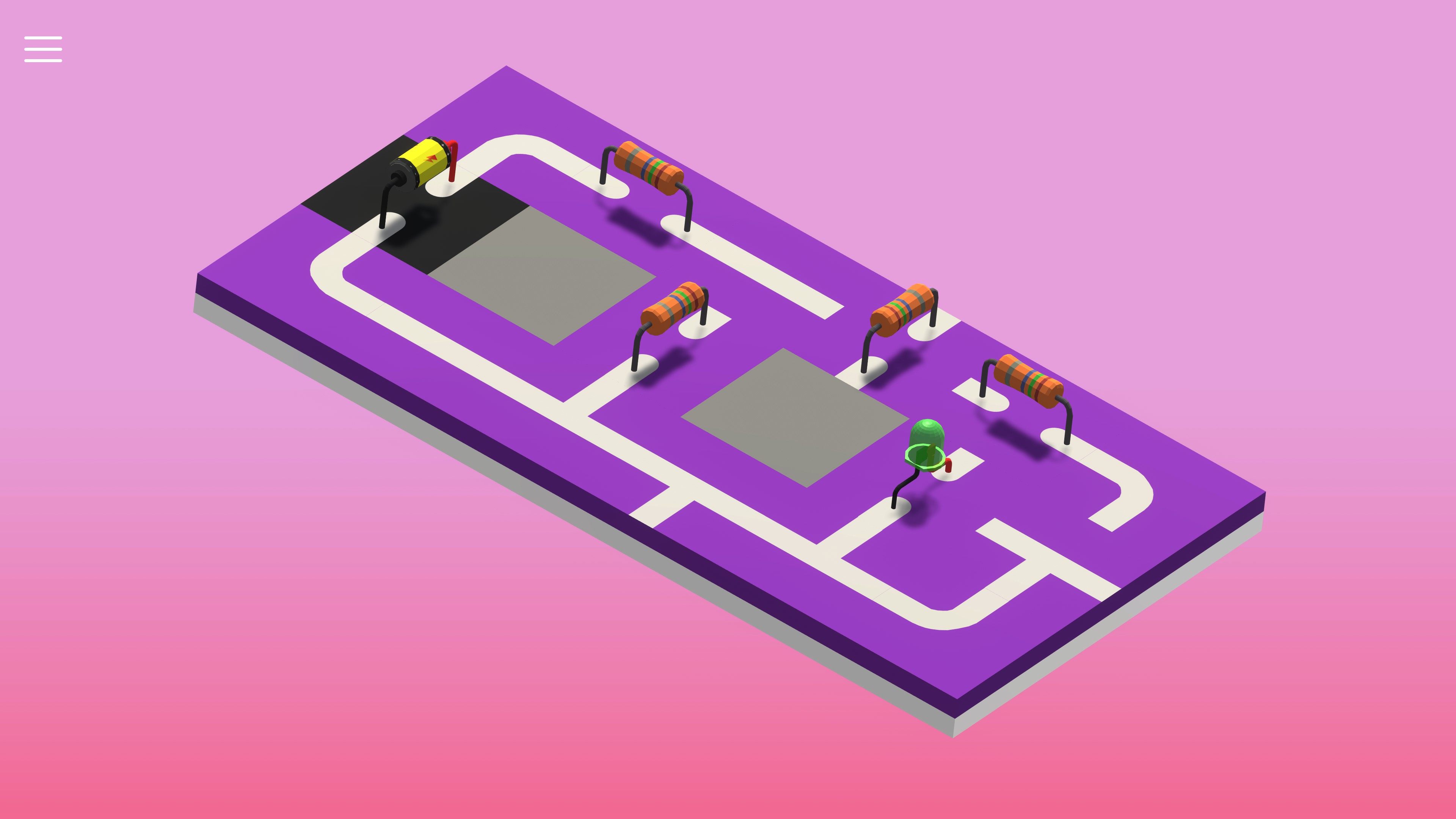 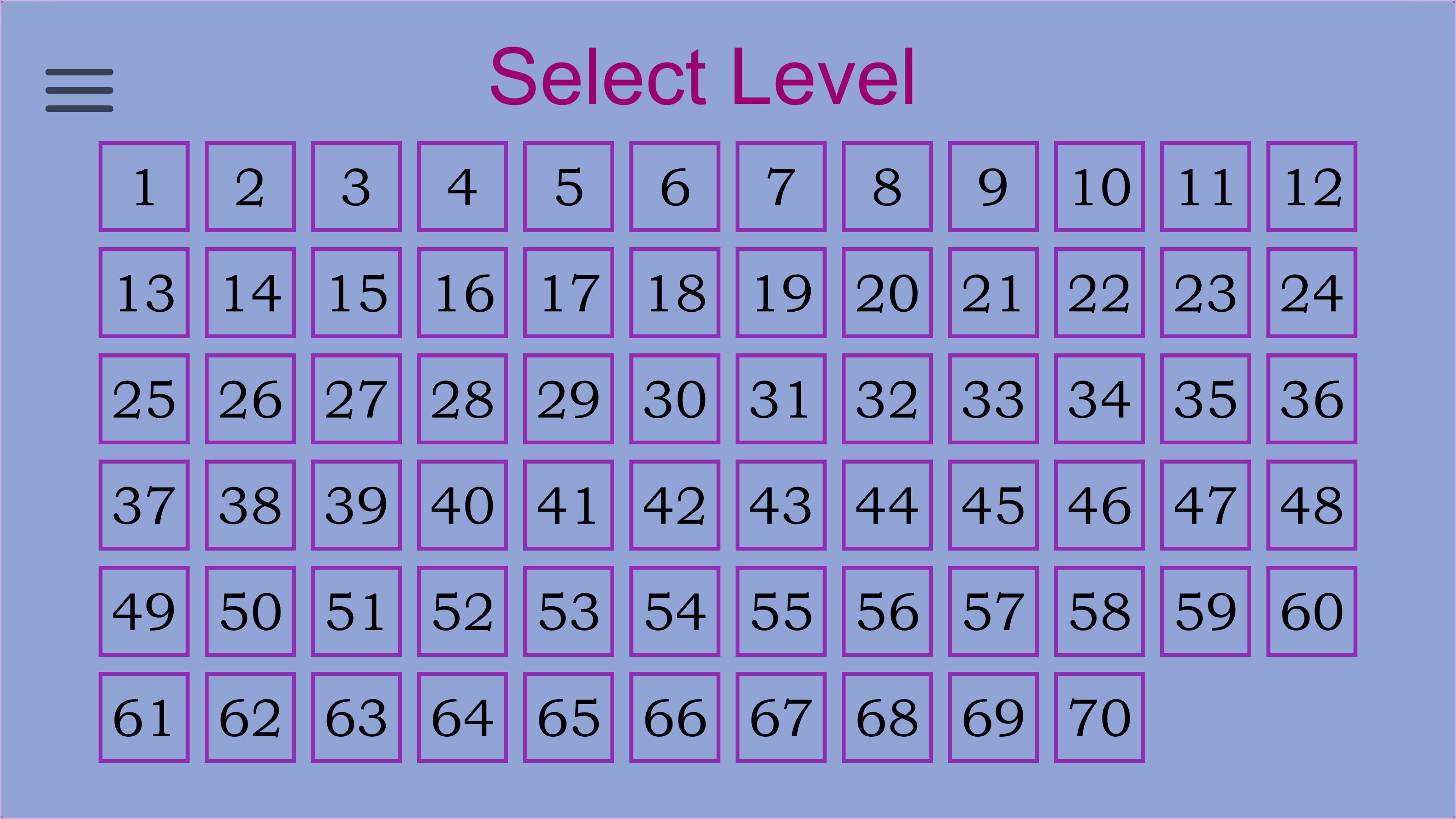 Puzzletronic Analog Eletronics (aka Puzzletronic Analog Logic) is a short minimalist puzzle game about arranging pieces themed on electronic circuit elements. It has 70 levels, but it only took me an average of about 30 seconds to complete reach one. Most of the puzzle lies in arranging the tiles to create a fully connected circuit, with additional placement rules coming from the special components. Overall the game has a clean visual style and relaxing music. 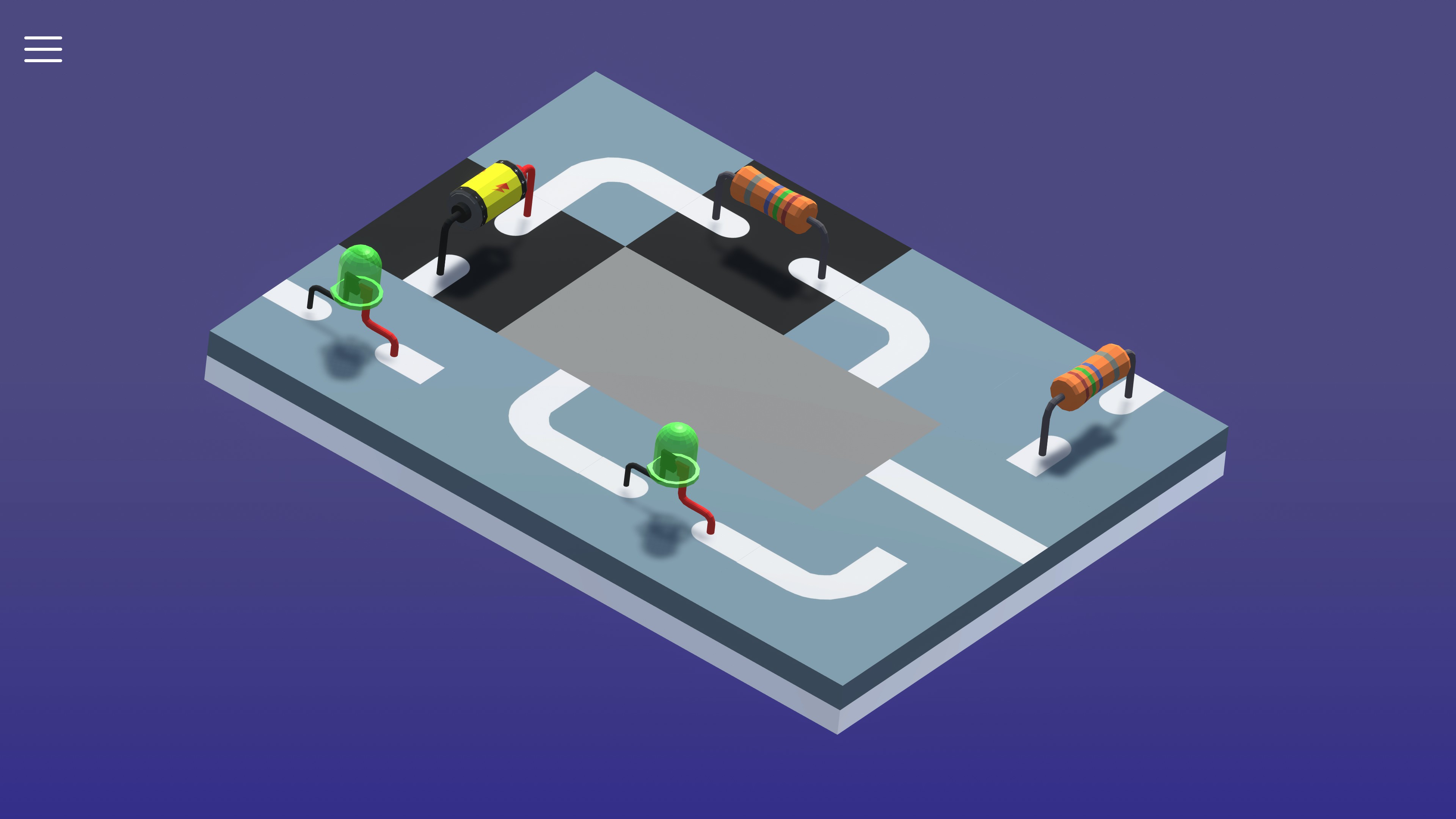 Resistors are treated the same a wires

One thing potential players should be aware of is the theming on electronic components is very loose. The pieces are a vague abstraction of what those components do in real life and the circuits that are created in each level are not necessarily functioning circuits. Don’t expect to learn anything about electronics from this game. It’s a shame because I feel the game would have been more enjoyable if the electronics theming had been left off. If instead, the game focused on the rules around placing the tiles instead of appealing to folks that like electronics, it could have attracted more folks interested in the mechanics and not disappoint them with inaccuracies. 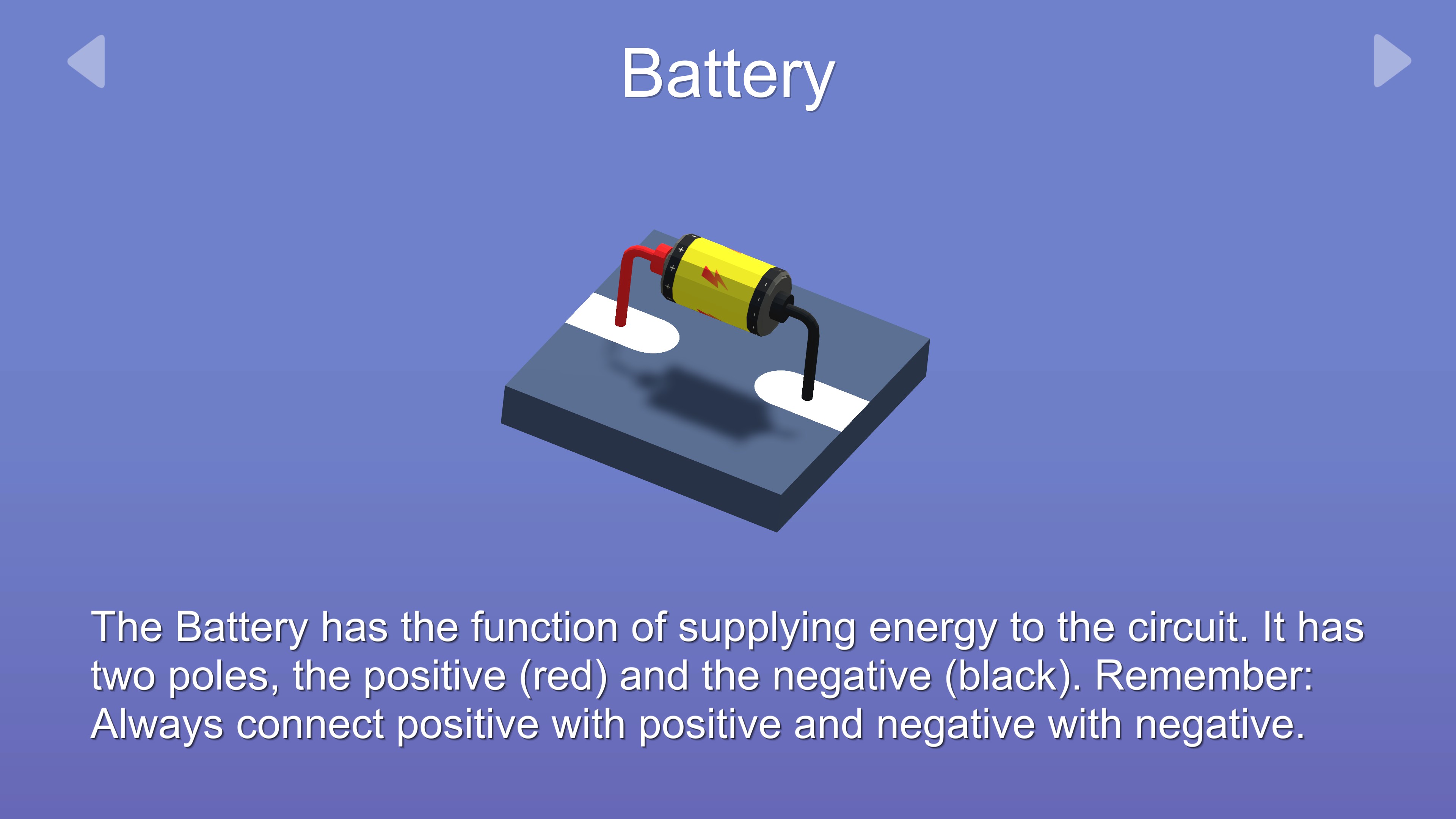 The most frustrating thing for me was the incomplete rules around placing the tiles with components. As each component is introduced, the player is given a short description of the rules around placing it. Often the player can meet these requirements but have their circuit rejected, leading to fiddling around and swapping pieces until the game accepts the solution. There seem to be additional rules the game doesn’t state, or perhaps some levels are coded to only accept a particular solution. 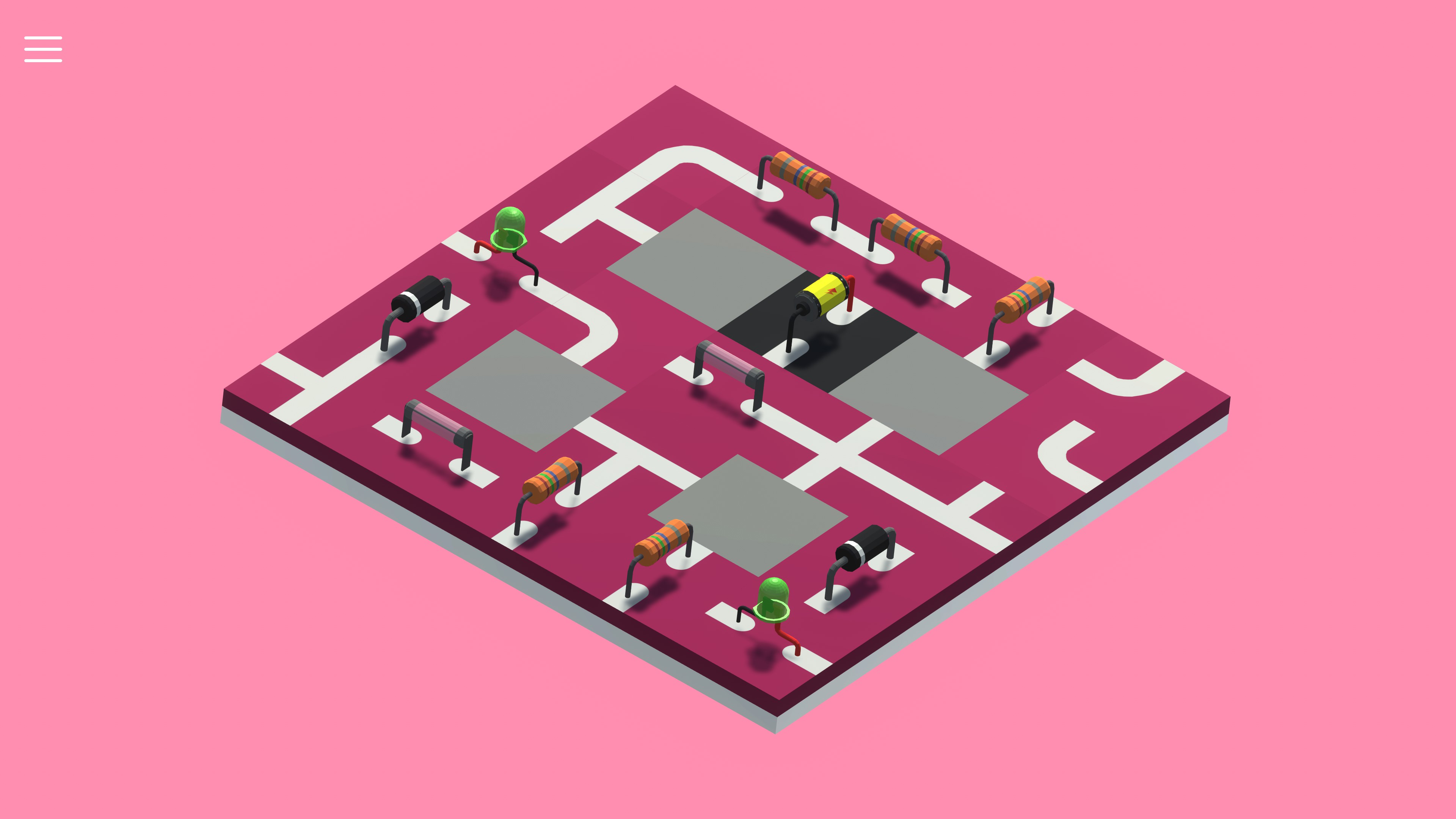 Larger level with fuses and diodes

Overall, I found Puzzletronics Analog Eletronics to be enjoyable after ignoring the theming and treating it as a mindless tile arranging game. It killed more than half an hour but considering it has 70 levels that should tell potential players how easy the game is. And that includes fiddling with levels where the game didn’t want to accept a seemingly valid solution. I recommend Puzzle Analog Eletronics to players looking for a short relaxing experience where they can turn their brain off.