Was It Worth It? Review

Answer the questions and obediently obey your AI guide Terry in: Was It Worth It? 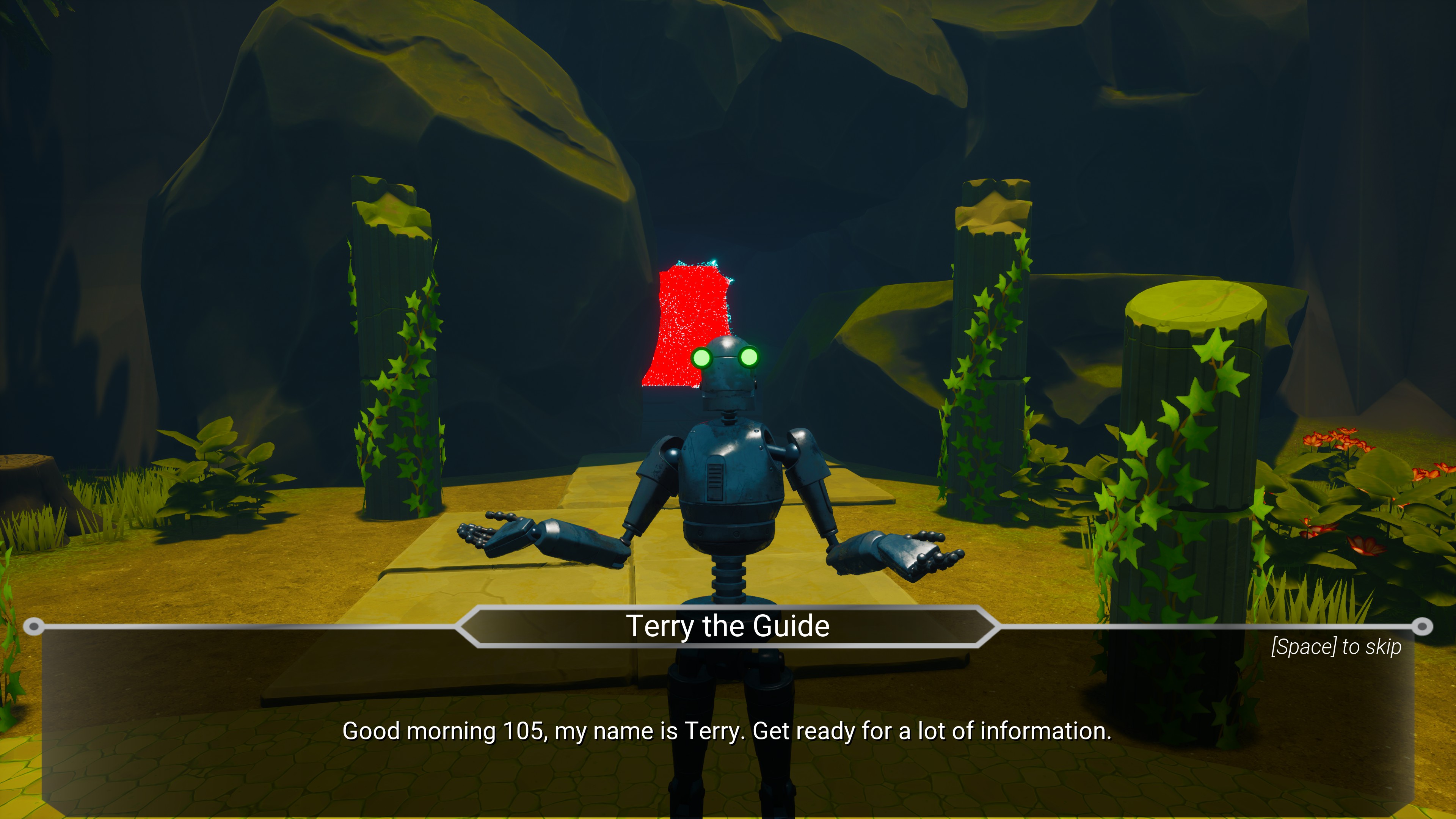 Was It Worth It? is a story-driven walking simulator inspired by The Stanley Parable. Players are loaded in as an Artificial Human Consciousness and instructed by the AI Terry to answer questions about their life and join the post-apocalypse world of artificial survivors. As players explore the simulation and answer questions, Terry will comment to them and give them simple instructions. There are 11 possible endings, however, most of them come from disobeying Terry and exploring the parts of the simulation he forbids.

I have those days too

If following Terry’s instructions, players will be asked to choose one of two answers to a series of questions by walking down different paths. These endings take the longest and are the most repetitive. For players going for all the different endings, grinding these out is the most boring part of the game. Given the narrative though, maybe this is intended. There are three sets of eight questions, each with a different theme. There’s also a rubber duck hidden in each section. Actually, there are lots of ducks hidden in the simulation. They are very important and make quacking sounds when picked up. Worship them.

All the characters except one are voiced, which particularly makes annoying Terry and hearing his response worth it. I’m not sure why that single character isn’t voiced as it made talking to them awkward. On the topic of awkward, I found the loading screen very distracting. It’s cute, but it distracts the player from whatever narrative they’re in the middle of. I would’ve preferred something simpler, such as a black screen with Terry’s orb and a subtitle comment from him about wherever was loading.

There are a few sections in Was It Worth It? with optional parkour. I say optional because after failing a handful of times the player will be given an option to give up and skip forward to continue the story. Given the difficulty of the parkour and my distinct lack of skill, this is something I appreciated. Though I’ll admit to grinding at least a couple of sections out because I was afraid giving up wouldn’t net me the same ending as succeeding. The parkour itself feels a little weird because the player is unexpectedly floaty with full maneuverability in the air and the course likes to use blind jumps around corners.

Overall, I enjoyed repeatedly annoying and disobeying Terry -I mean, playing Was It Worth It? I liked having the 11 different endings, though repeatedly answering the questions for endings that required them was tedious. The rubber duckies were fun to collect and I thought the voice acting was pretty good, though it was awkward that one character wasn’t voiced. I also found the loading screen distracting and wished it was a bit more immersive. I recommend Was It Worth It? to fans of story-driven walking simulators with meta humor.