Create networks of colored hexes using the fewest number of clicks in Lumexa. 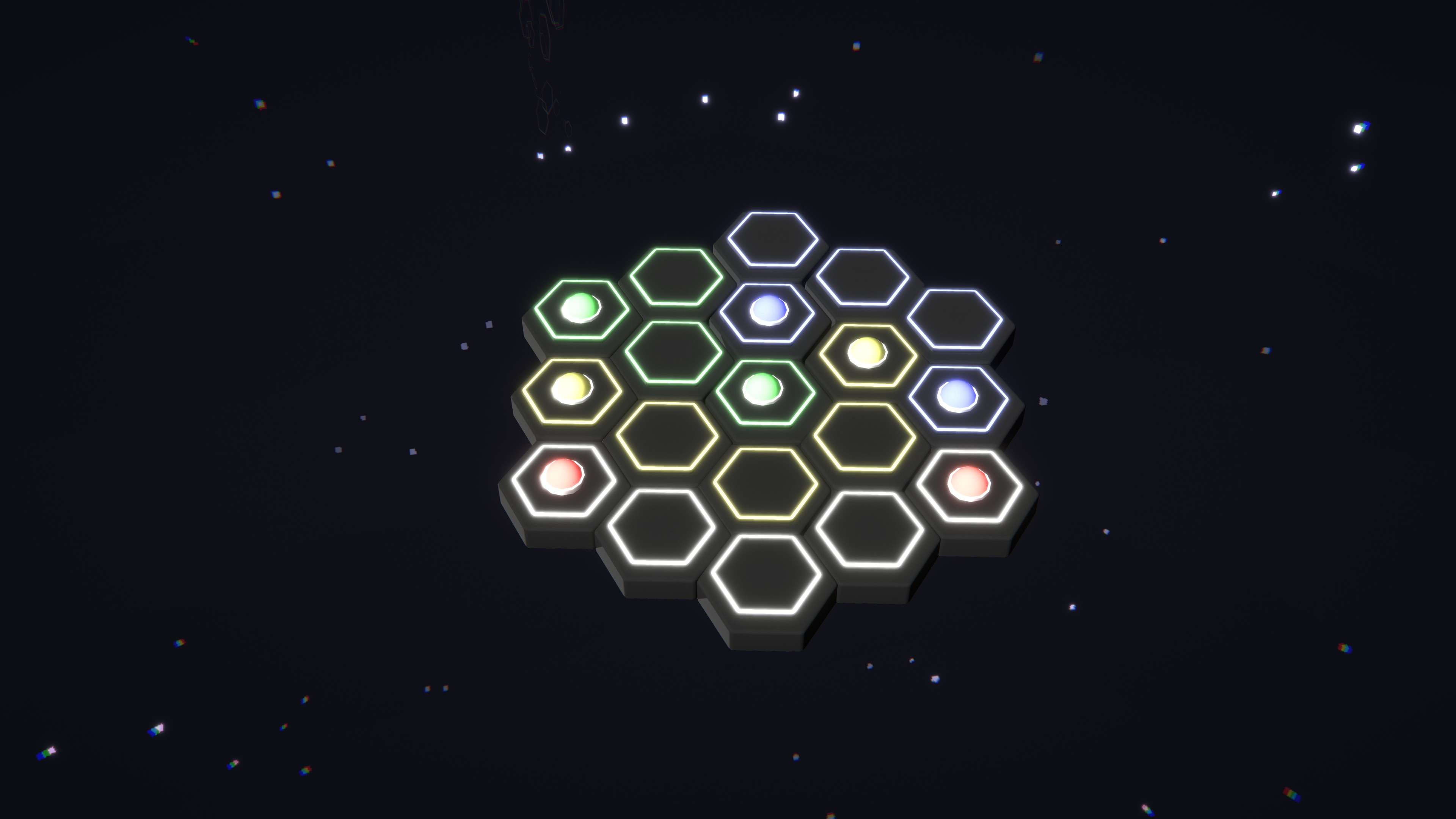 Lumexa is a very short puzzle game about connecting colored pylons with networks of hexes. There are 16 levels which took me 8 minutes to go through in my first run. At the end of the game, the player is provided with their stat for how many clicks it took them to complete their run. This provides a small amount of replayability. I ran the game twice more and got my best run of 221 clicks. 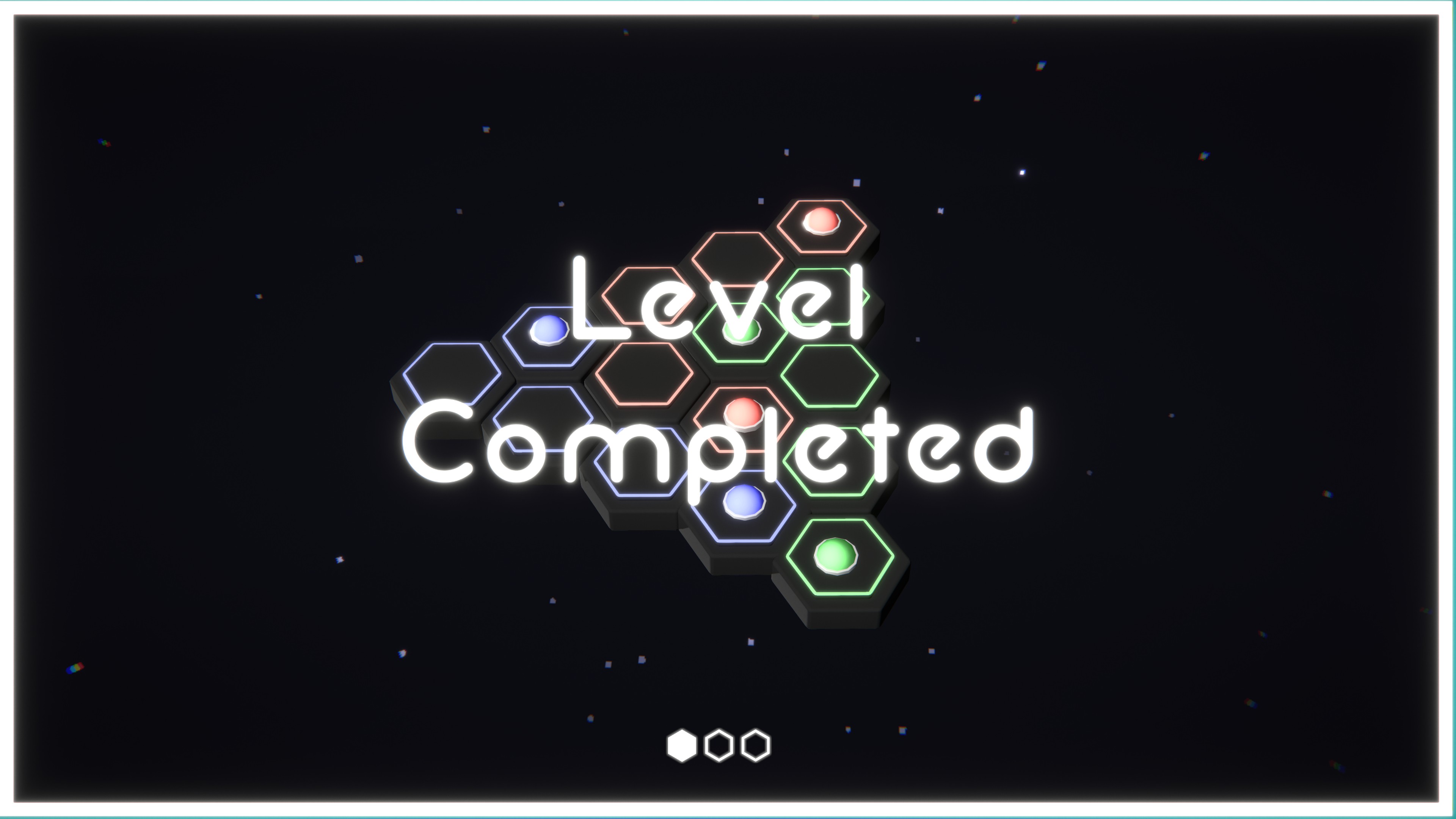 Each level is fast to complete with little challenge, most have multiple solutions

One of the biggest concerns with Lumexa is how short it is. The developers have stated that more levels will be added, but I was unable to find indications of a timeline so potential players should take the promise with a grain of salt. Even given the shortness, the game is enjoyable, but players should know what to expect when evaluating the price.

The fade animation covering only the center of the screen

My biggest issue with Lumexa was actual a lack of technical polish. At higher resolutions, all the fade animations are incorrect, with the fade only applying to the center of the screen. This animation plays frequently and this becomes annoying. There’s also no option to change the resolution to mitigate this issue, the list of resolutions to choose from is simply empty. Within the levels themselves, the game is also inconsistent with how it draws lines of color against the pattern of hexes, often resulting in needing extra clicks and making enjoying replay value a struggle. 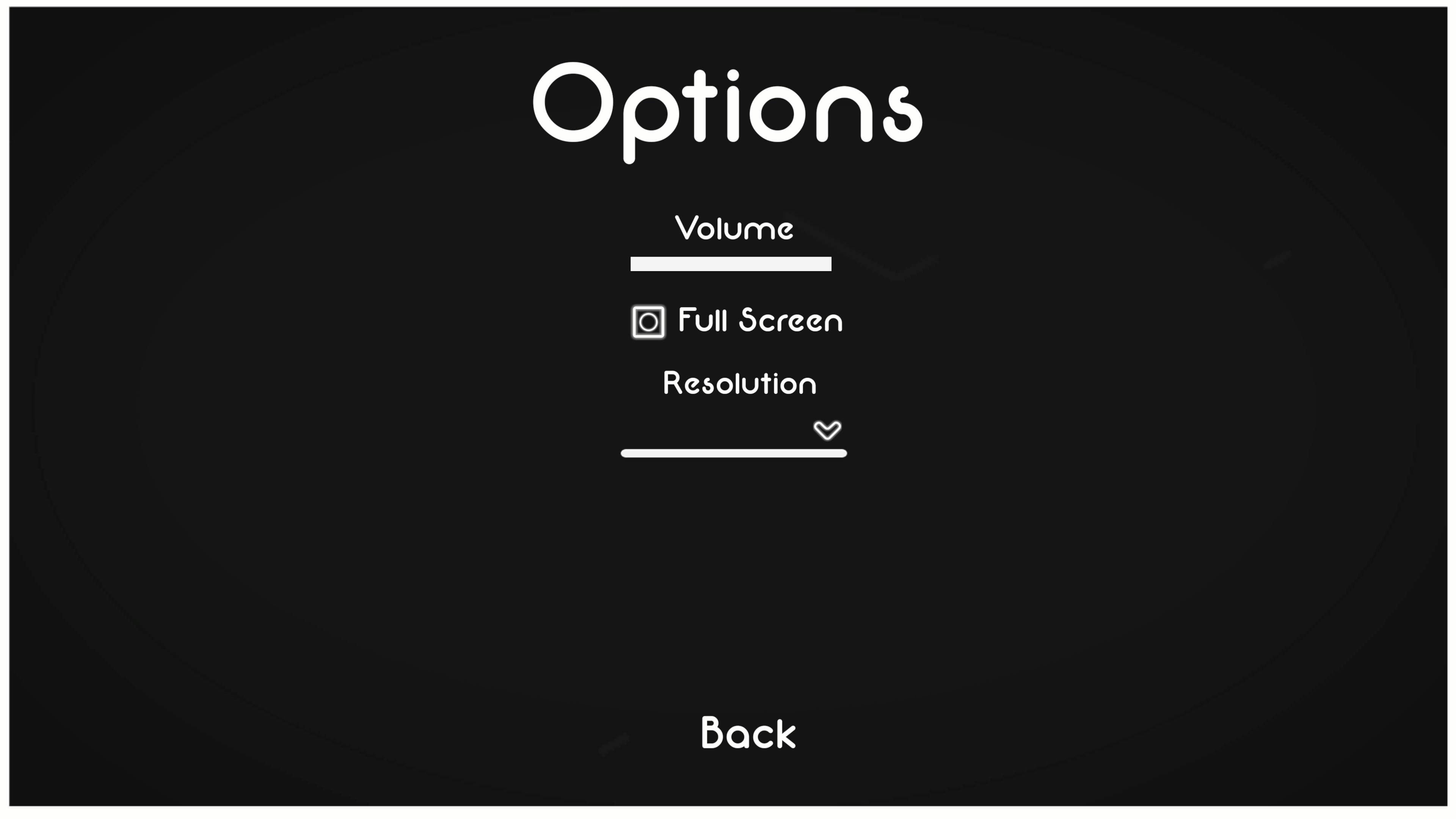 The white line under Resolution is the empty dropdown menu

Overall, my experience with Lumexa was pretty mixed. While I enjoyed the gameplay, the game itself is incredibly short. There’s some replay value in trying to beat it in fewer clicks, but not quite enough in my opinion. Playing for optimal clicks can also be frustrating with the unclear controls for creating continuous lines. There are also graphical issues at high resolution and the resolution controls appear to be broken. The possibility of more levels sounds good, but the dedication to delivery is yet unclear. I can only recommend Lumexa to players willing to look past its struggles because of its price point.