First impressions of HELLCARD as demoed at PAX Online! Slated for release Q2 2021 by Thing Trunk.

Every year I’m always excited for PAX and this year was no exception. With the PAX Online format, I’m pleased to be able to share with you my first impressions of several games, including HELLCARD. HELLCARD is a multiplayer deck-building roguelite. Groups of up to 3 players can team up to take on levels of a dungeon and cooperate with simultaneous turns. 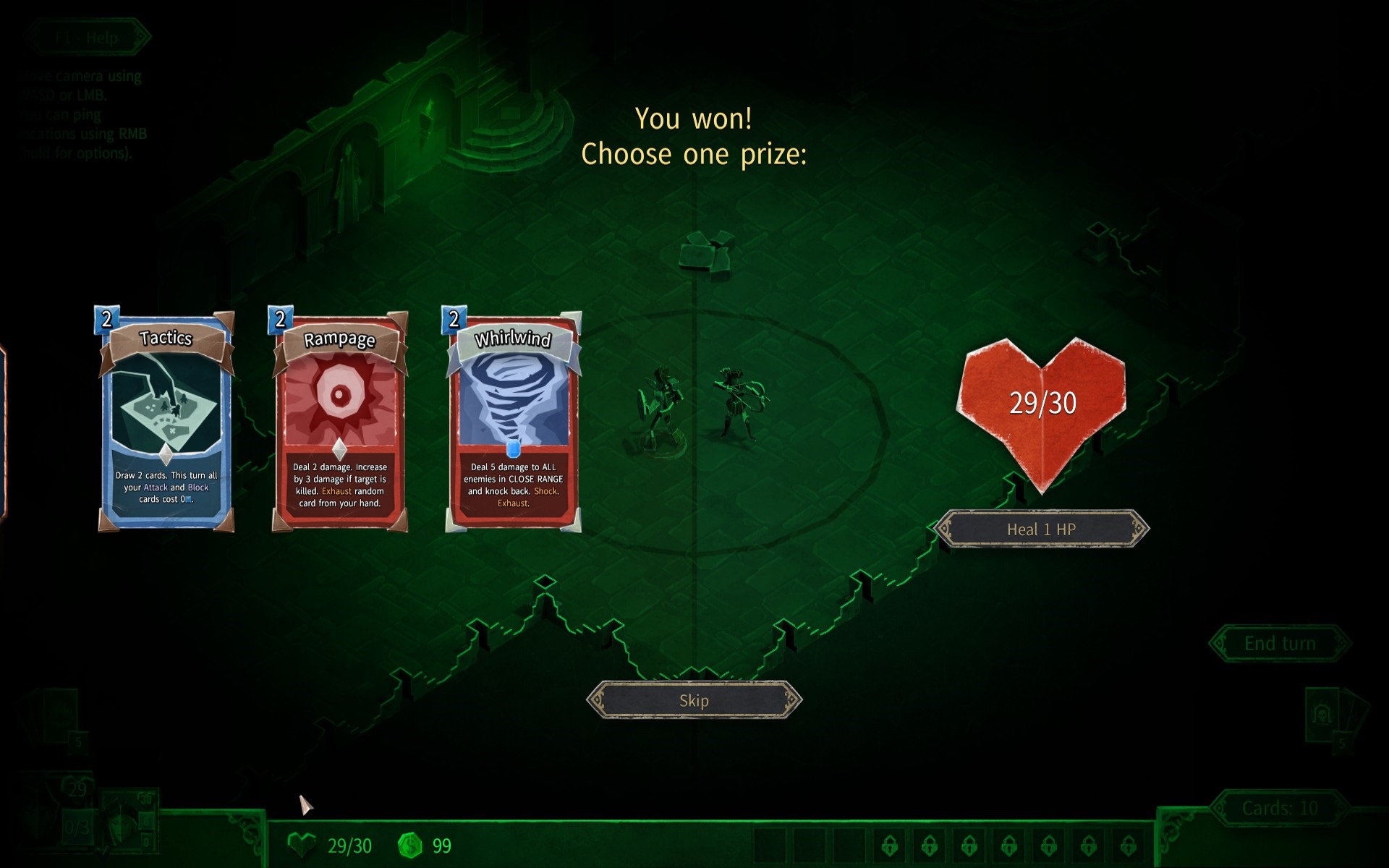 Whirlwind is one of my favorite cards on Warrior

One of the defining features of HELLCARD is the option for and focus on multiplayer. Players can team up with any combination of the 3 classes either by inviting friends or through matchmaking. Enemies will focus a player based on who is closest and allies can assist each other by providing buffs and comboing abilities. Players also have the option for solo play, with semi-controlled semi-bot teammates. 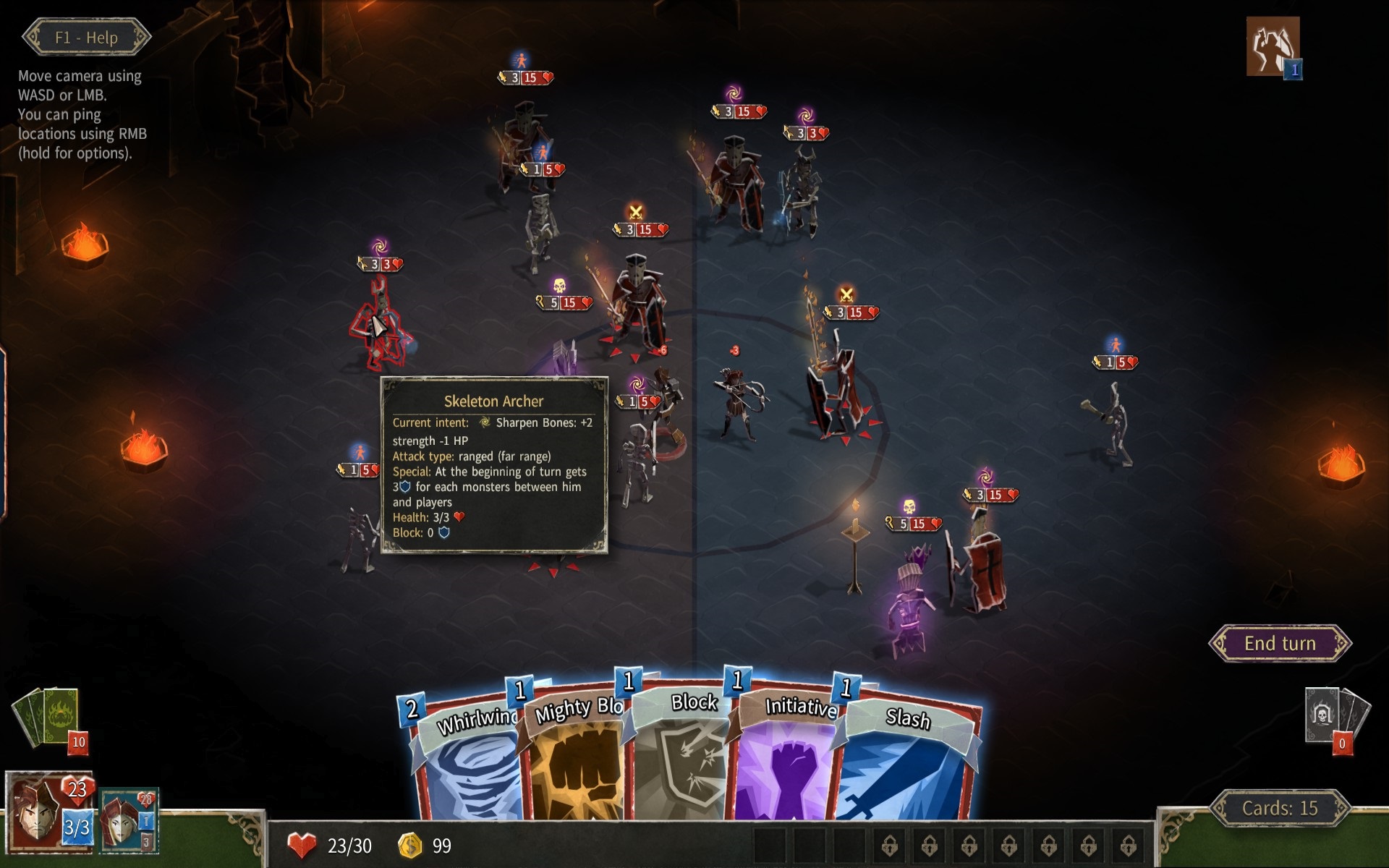 Enemy special abilities and intended next action are visible on hover

There are 3 classes in HELLCARD: Warrior, Rogue, and Mage. Other than basic block cards, there were no overlaps in their starting decks in the demo. Enemies do not have exact distances from the players, being either ‘close’ or ‘far’. Warriors specialize in damaging close enemies while Rogues (a bow based class) specialize in far enemies. Mages are decent at both ranges and focus more on mana manipulation.

The Mage focuses on gaining extra mana and cards

For the demo, there were 12 levels of the dungeon. Damage is carried over between levels and if any character survives they can revive the others at 1 hp. After completing a level, all characters can choose between a new card, recovering up to 10 health, or (if they’re at max health) a +5 max health increase. The demo also shows gold and what appear to be item slots, but they’re unused for the duration of the demo. Players who make it to level 8 of the demo can face off against the first boss, and move on to a new area for levels 9+ if victorious. 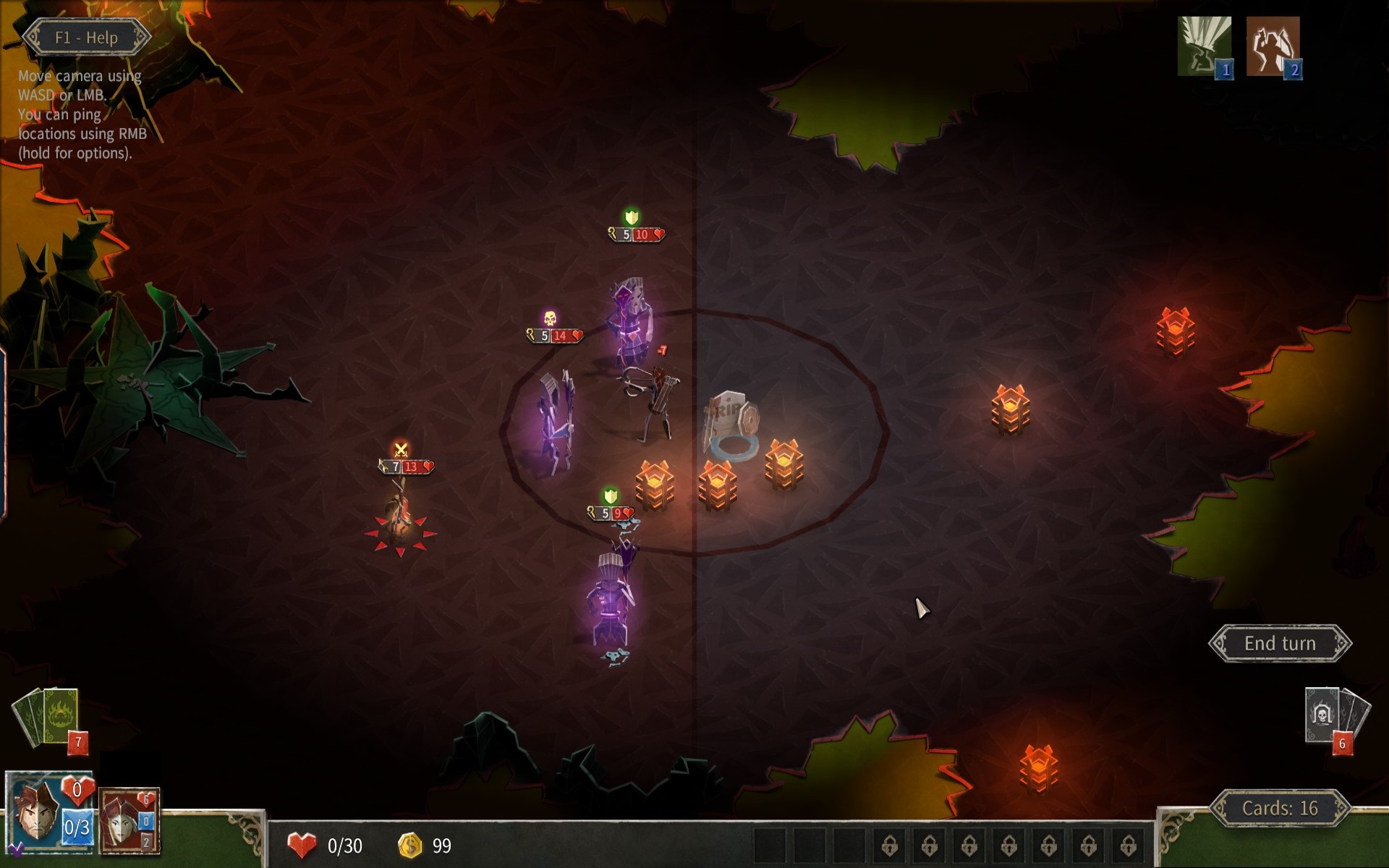 Players are revived if their allies finish the level

Overall, HELLCARD has a lot of promise as a multiplayer deck-building roguelite. I played both the solo and multiplayer modes and enjoyed the strategy and challenge. I hope to see more cards and more enemies in the final product, as well as ways to remove cards for a more streamlined deck. The multiplayer is really where HELLCARD shines, allowing players to strategize and interleave their cards during their simultaneous turns for great combos between the classes.