50 Years is a turn based strategy game that is quick to pick up and play. Players choose from one of the 11 factions and then have 50 turns (years) to try to survive by building up gold and resource income while balancing an army. Armies can consist of a variety of unit combinations and can be buffed by buildings and religions.

Released May 26th, 2017 by Aleksandr Golovkin

Playing a round of 50 Years can easily be accomplished in 30 minutes. There are 5 difficulties, with higher difficulties taking slightly long only because they requiring more thinking. On each turn the player selects units and buildings to buy with their resources (primarily gold, but also wood and faith). Buildings cap the number of allowed units of each type, while food caps the overall number of units. Peasant units produce gold while all other units fight in the battles that occur every few turns. Battles are played out automatically, following the same unit movement and attack patterns for both enemies and allies.

There are 11 factions to choose from, each with a special effect. My favorite was the French, whose units do not fight to the death but instead retreat if they get low on health. I found this most useful with some of the healing units, such as paladins and the health buffing religion options. In a normal game it’s unlikely the player will get more than half of the building and religion options, meaning players can replay with the same faction but a different build. I enjoyed the variety of options, particularly the zombie chicken religion, but I felt that some of the factions were better than others. 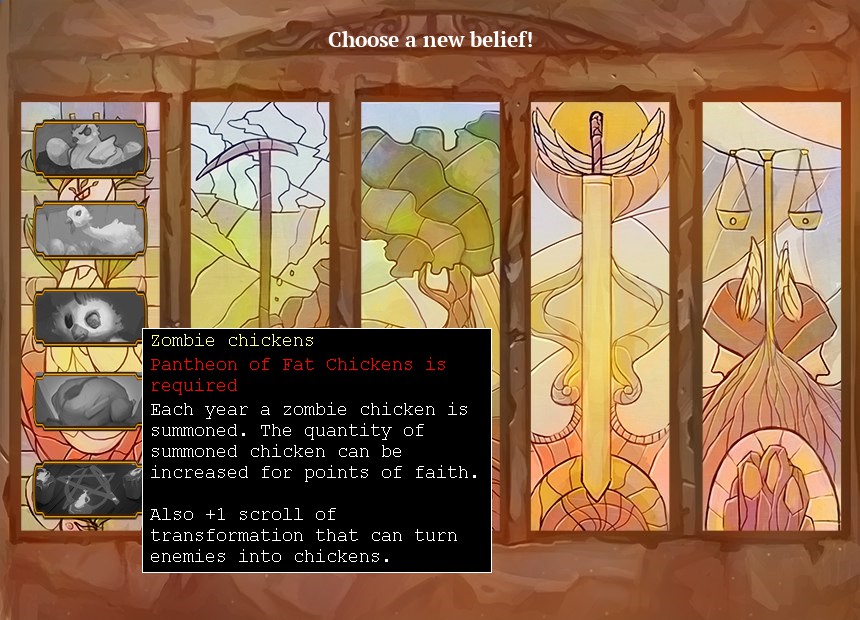 There are 5 religions with 5 tiers each, they can be mixed for fun combinations

My biggest problem with 50 Years was that it completely lacked a tutorial. While there were good hover text descriptions for each unit and building, I found it hard to evaluate my choices on my first playthrough. The game is picked up quickly, given its simplicity, but on my first run I’d have really appreciated some text boxes letting me know what to expect for each resource and what units would do and cost before I invested in a building for them. 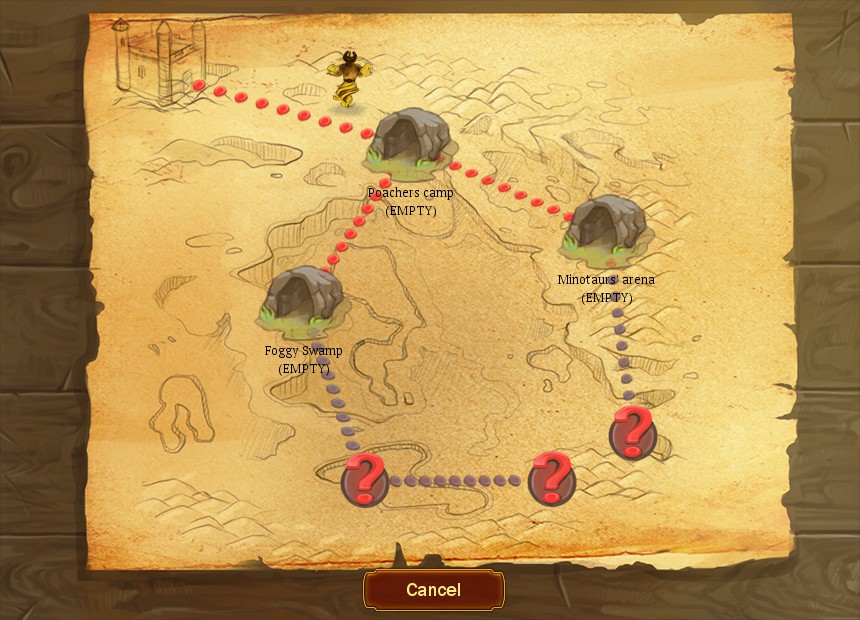 It took my a while to understand what scouting was

I was a little disappointed that there was no in-combat user interaction. Combat is played out automatically with the computer choosing where units are placed and how they move. There are some options before the battle starts if the player possesses a few specific items or units, but these didn’t have quite the strategy I wanted. It certainly makes playing a full run of the game go faster though, which seems to be what the developer was going for.

Even some basic tactics, such as targeting ranged units, could minimize casualties

Overall I found 50 Years to be an enjoyable turn-based strategy game. It has a ton of replay value and gameplay is quick. There are also a number of special modes, though not all of them differ greatly from the normal gameplay. Once players find their way around their first game, they can have fun experimenting with all the different build and faction combinations. I recommend 50 Years for players looking for a quick turn-based strategy game with a lot of replay value.