Speed Dating for Ghosts is a comedic dating simulator about trying to get to know 10 quirky ghosts. Each ghost has a unique personality and impressing them during the speed dating event allows players to meet up with them afterwards for a ‘date’. The game features many branching dialog paths and both comedic and serious discussions of death. 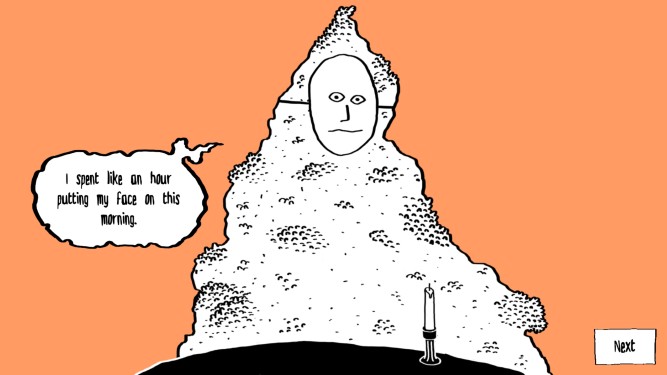 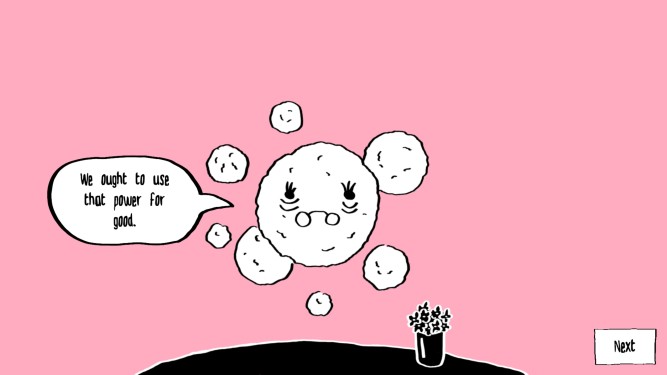 Hattie is sweet and caring 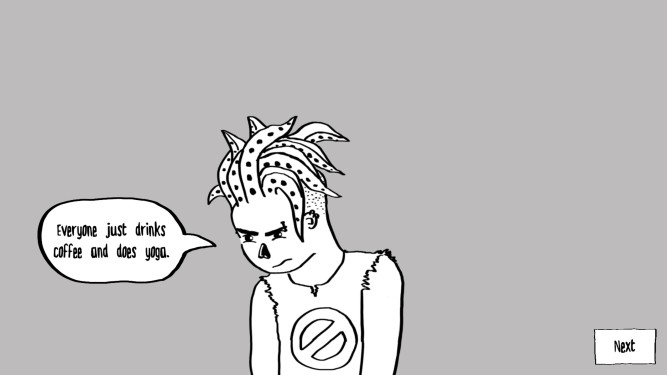 Drea likes to grump and cause mischief

In Speed Dating For Ghosts there are 10 ghosts players can meet and hang out with. Nine of them are available in the event with an extra one available at the end. Dialogs with each ghost have many options and branch into some interesting discussions about life, death, and what they’ve been doing since then. Stay on their good side to get the option to hang out with them after the event for a ‘date’. It’s pretty easy to do if you try to be nice, but being a jerk can lead to some funny reactions and getting rejected by everyone or refusing to participate leads to some pretty amusing endings.

Leon is a bit suspicious…

Once a player successfully ‘romances’ a ghost they can go on a ‘date’. Depending on the ghost this can vary wildly from something that actually resembles a date to something more tragic and soul searching. During the date there are more choices the player can make to affect the date’s ending. Once the date has been unlocked the ghost’s tombstone will appear in the graveyard with more information about them and the option to replay the date and make different choices. I replayed a lot of the dates to see the other outcomes.

The graveyard fills up as you hang out with the ghosts

There’s both humor and seriousness in Speed Dating For Ghosts. Most of the humor is around irony and jokes about being a ghost. But there’s also seriousness around death, fear, responsibility, and finding meaning in one’s existence. I felt that the game was balanced more toward the light hearted side, but it still had some feels and moments when it was best to just stop and listen to the other person -err, ghost.

Gray is a charmer

One of the things I felt Speed Dating For Ghosts was lacking was a fast-forward mechanic. In other visual novels / dating sims, players can fast-forward to the next dialog choice if they want to replay a dialog with a different branch at the end. I replayed a lot of the dialog options, particularly on the dates, and I got annoyed waiting for fading animations I couldn’t speed up.

I also found the final ghost interaction to be pretty random. Not that the other ghosts were particularly normal, but that one just left me wondering “…why?” I also felt the music for the game didn’t quite fit the overall theme. It was good, but it seemed like it couldn’t decide if it wanted to match the mood or be background elevator music that might actually be played at a speed dating event.

Spooky Peter’s been around a while

Find this game on Itch.io or on Steam.