A review copy of LX Patterns was provided for this review. No compensation was involved and all thoughts are my own. 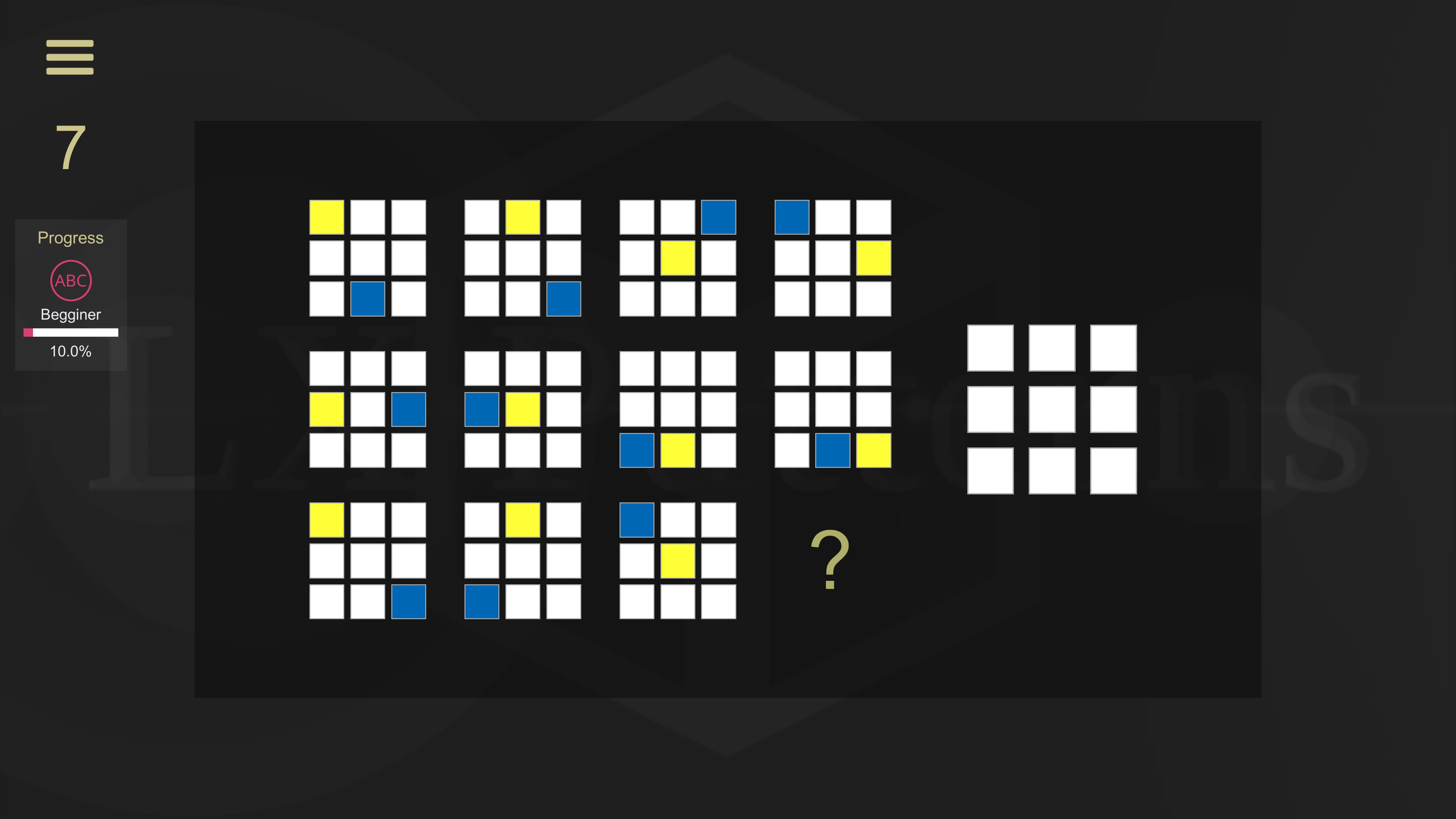 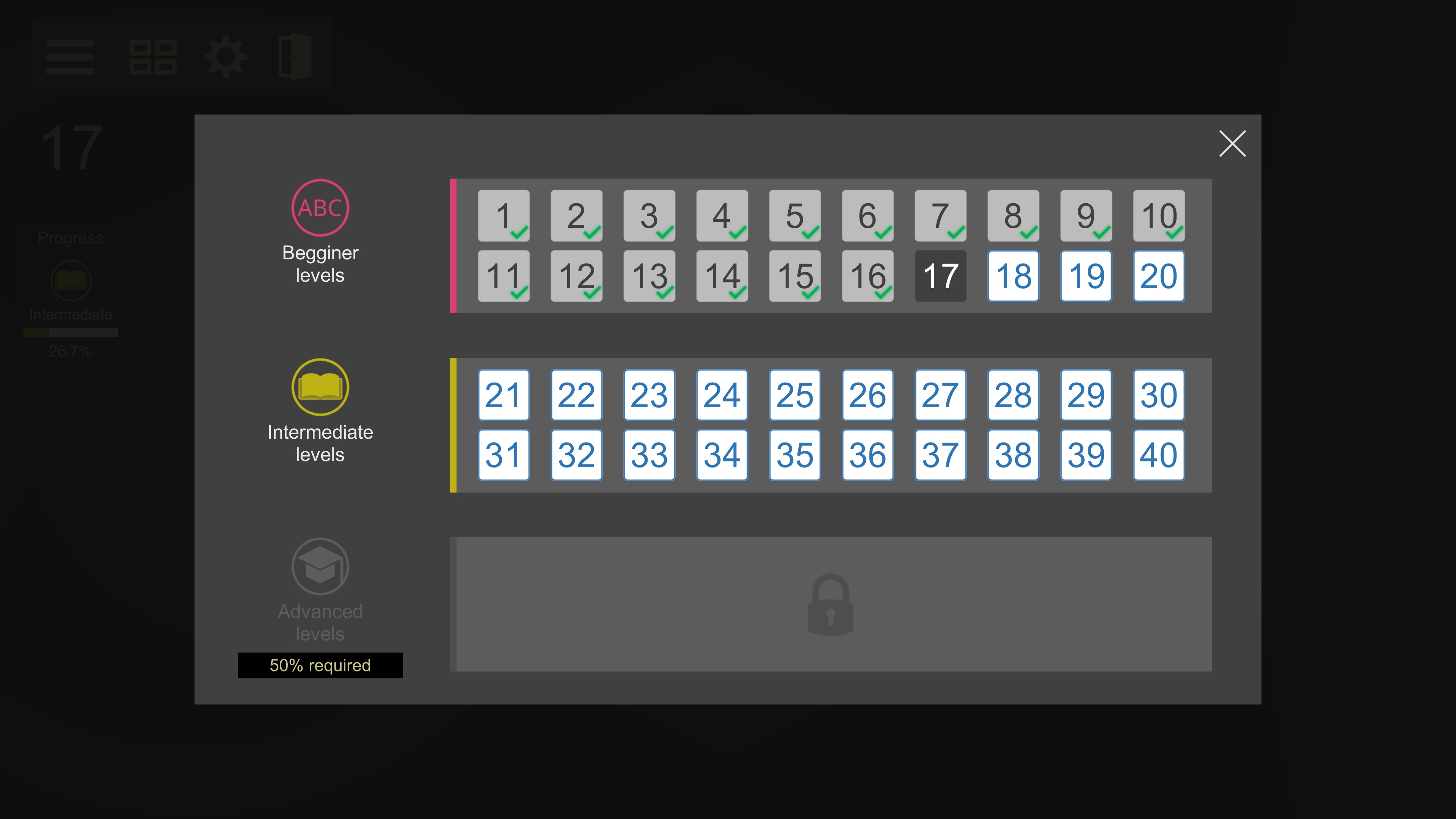 LX Patterns is a puzzle game based on deducing patterns and filling in missing values. The puzzles are all styled after IQ tests and arranged into 3 tiers of difficulty. After completing a puzzle, the pattern will be explained for players to check their understanding. If players get stuck on a puzzle, they can return to the menu and pick a different one, but won’t be able to progress to the next tier of puzzles until a minimum number of prior puzzles has been completed. 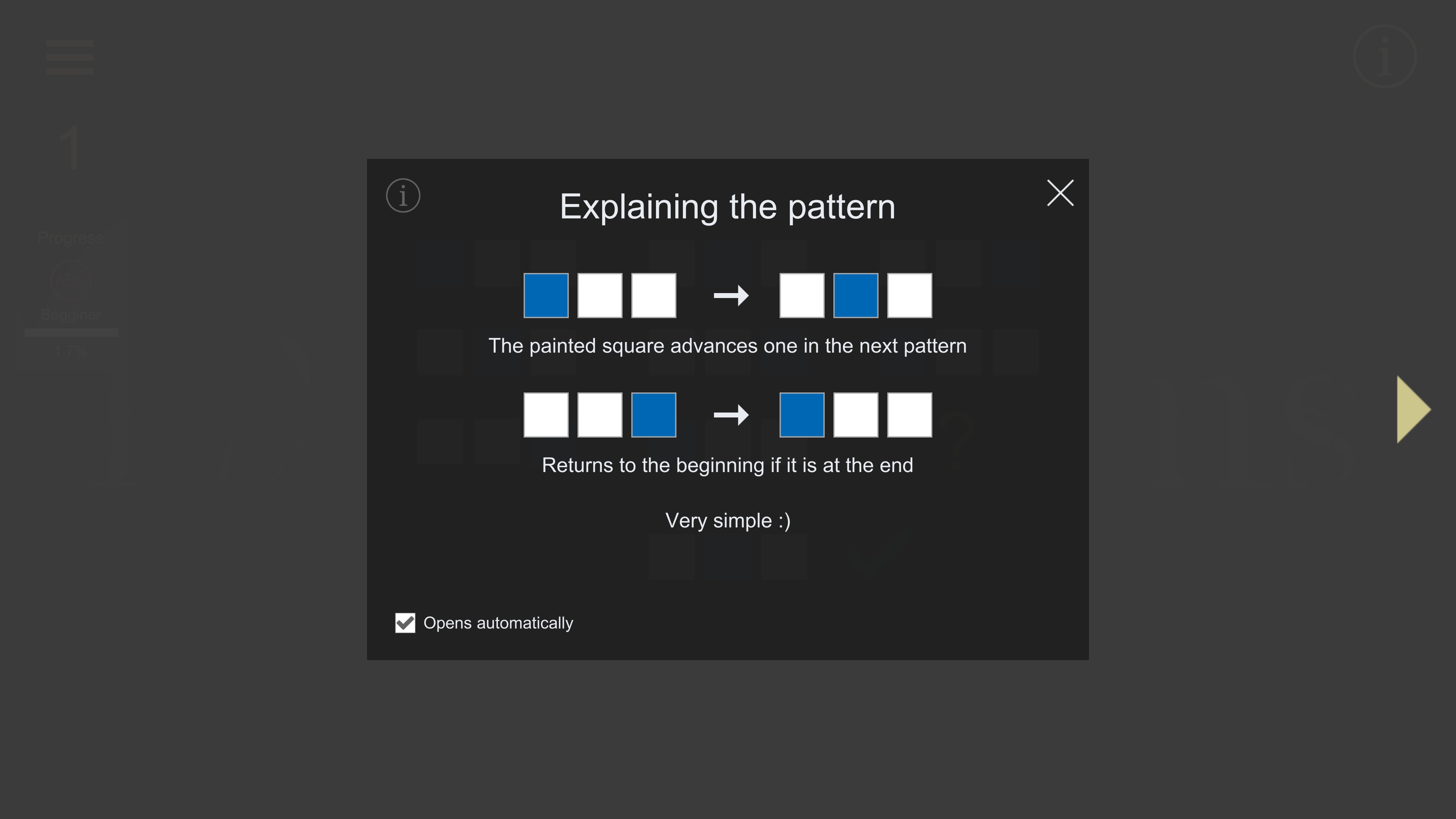 Each pattern is explained after the player beats its level

I found LX Patterns to have an enjoyable range of puzzles. Early patterns were pretty straight forward with later ones ramping up substantially in difficulty. Puzzles could involve letters, numbers, symbols, shapes, colors, etc. A word of warning: there is no colorblind and several puzzles require color differentiation. I found the variety of patterns enjoyable and was please that solving prior puzzles didn’t make later ones easier. 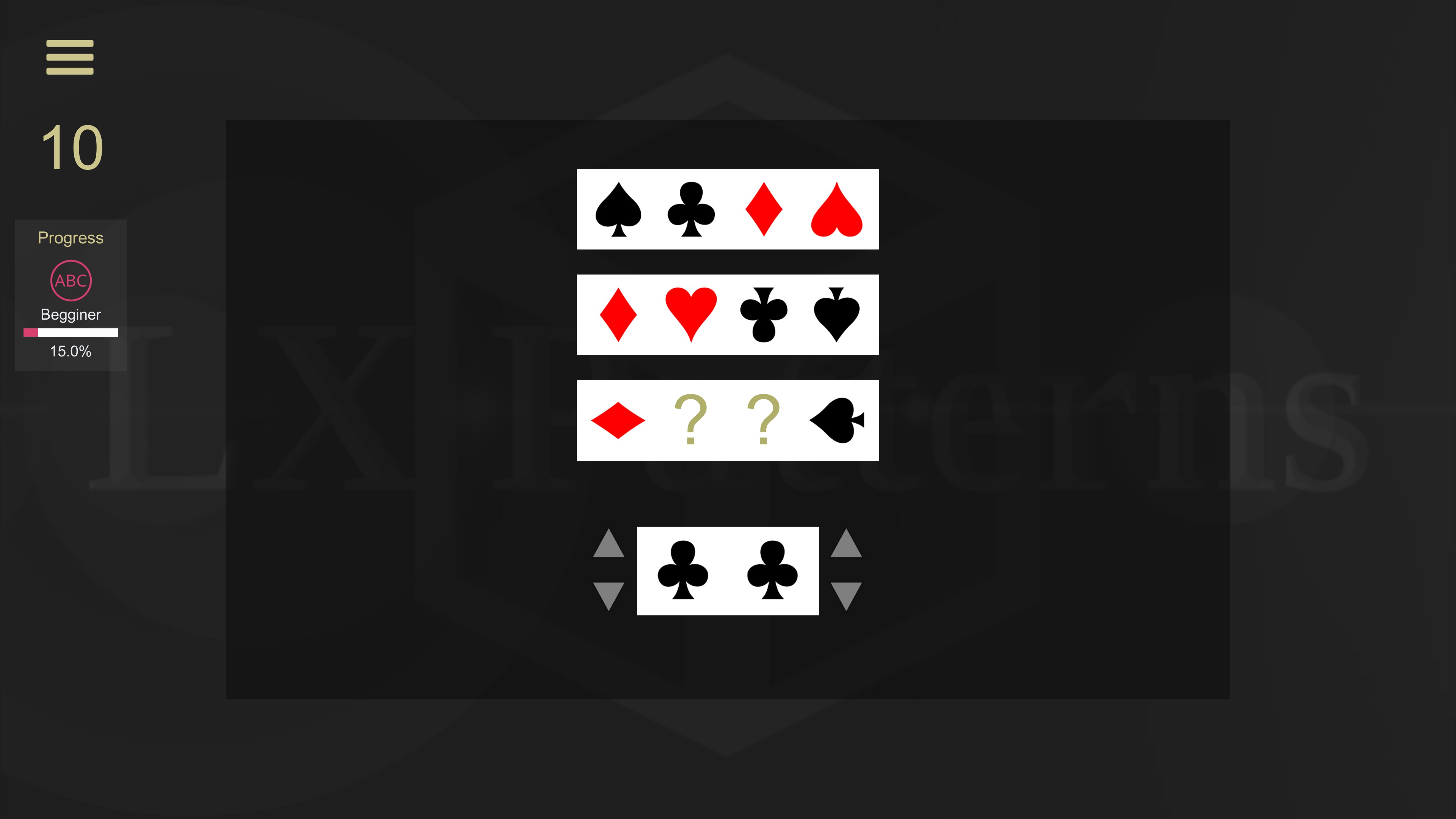 As much as I enjoyed the difficulty ramp of LX Patterns, I would’ve liked to see an option to get a hint if a player was struggling on a particular level. I’ll admit there were a few puzzles I’d had to skip by the end of the game. After going back and musing over them for quite some time I’d have liked to get a hint to help me come to the answer and learn from the puzzle. As it stood, the only option was to brute force guess the answer and then read the explanation afterward, which felt like a time waste and a missed learning opportunity. 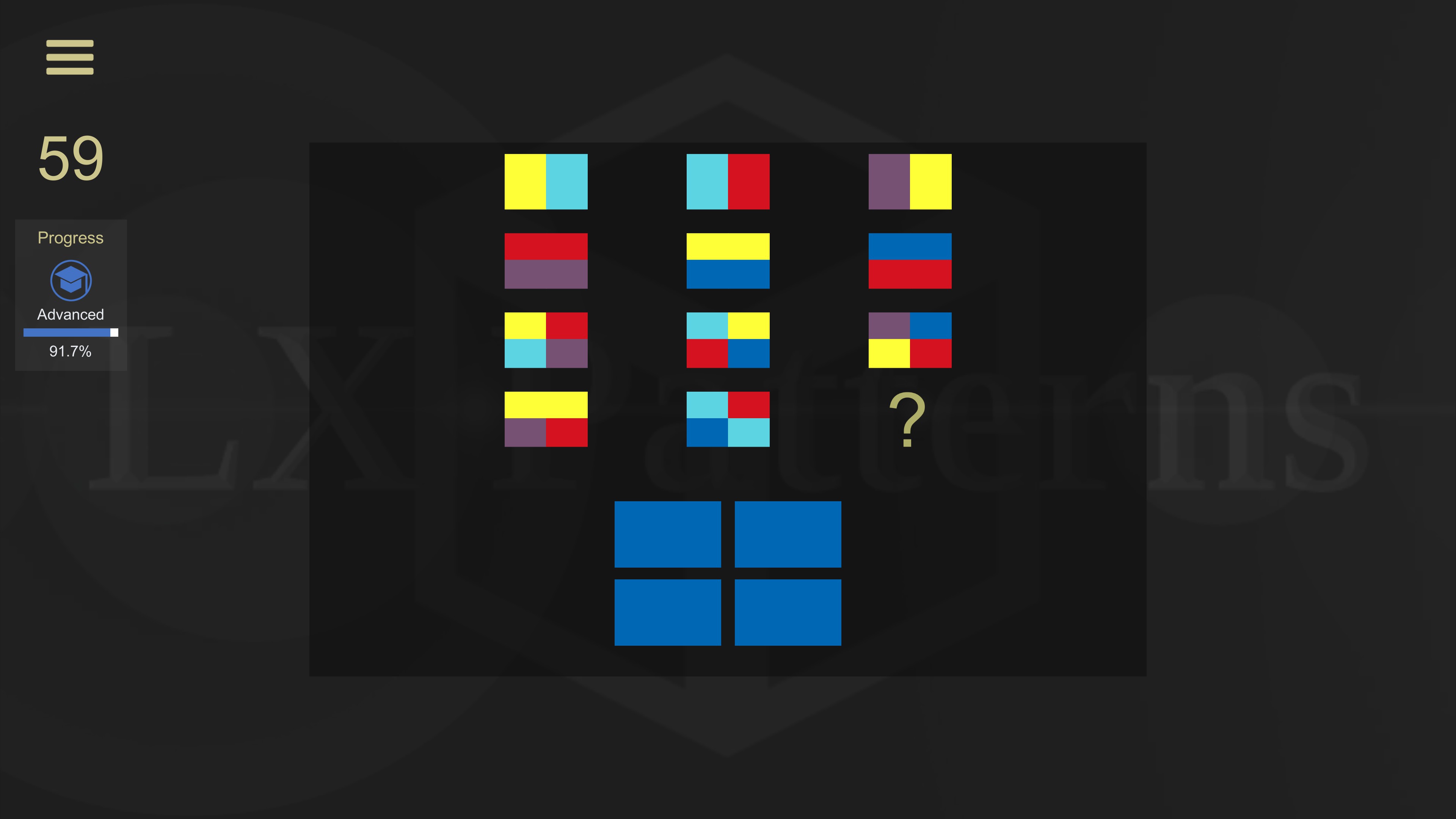 A level that would benefit from a colorblind mode

There were some minor polish issues with LX Patterns, for instance, “beginner” is misspelled “begginer” throughout the game. At higher resolutions, the game also seemed a little horizontally stretched, and text entry boxes looked a little pixelated. The music also frequently faded out and disappeared for long pauses. However, I did appreciate the option for both a light and dark interface. 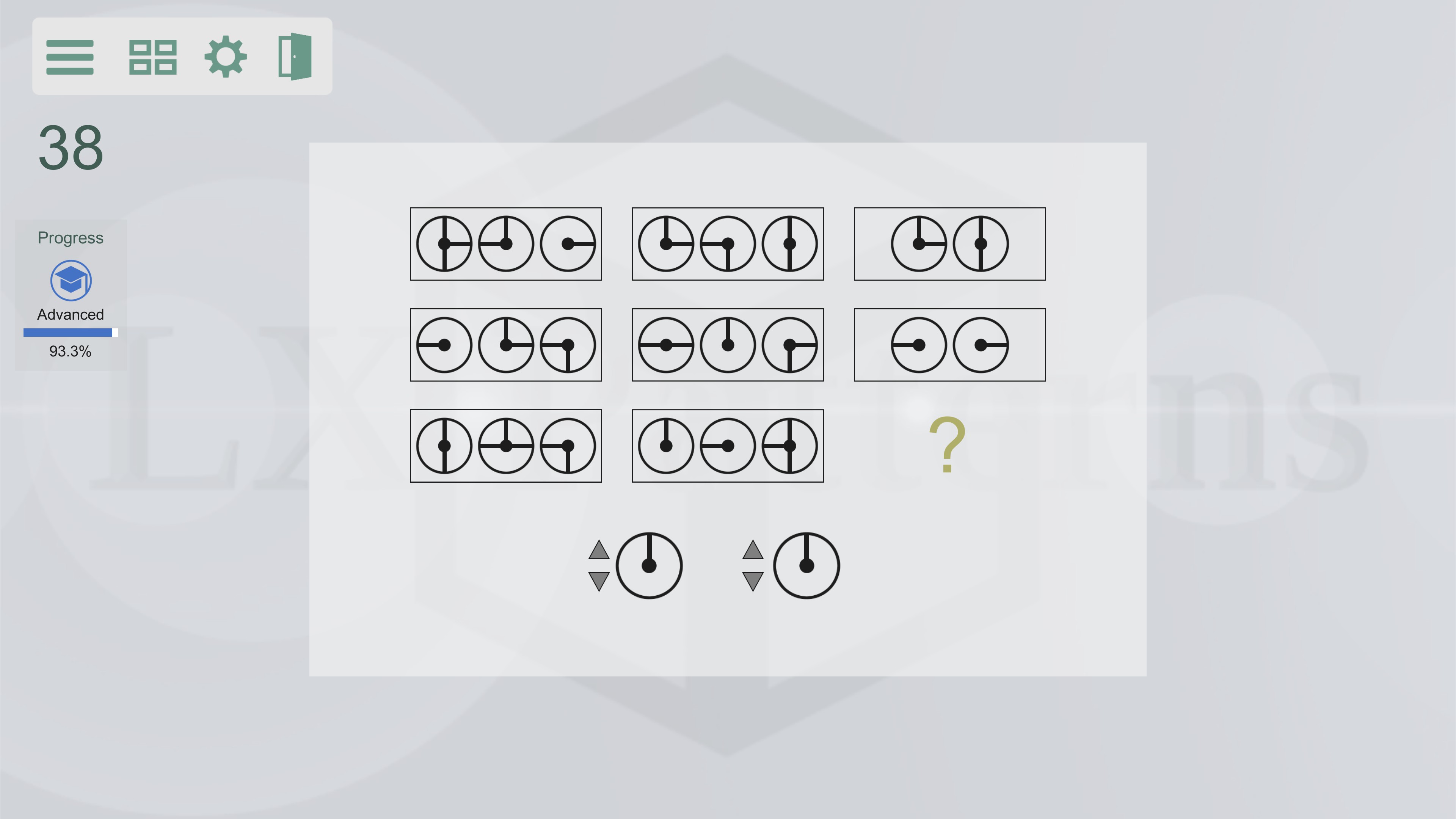 Light mode can be enabled in the settings, dark mode is the default

Overall, I found LX Patterns to be an enjoyable puzzle game. There were a variety of patterns to find and puzzles ramped up in a reasonable difficulty curve to cover a large range of challenges. For those more difficult puzzles, however, I would’ve appreciated the game having a hint system so players don’t have to brute force the answer to learn from the pattern. I also would’ve liked to see a colorblind mode and a little more polish on the interface. I recommend LX Patterns for puzzle game players looking to challenge their deductive abilities.