Ghost in the Pool Review

What happens when a champion swimming meets a Ghost in the Pool? 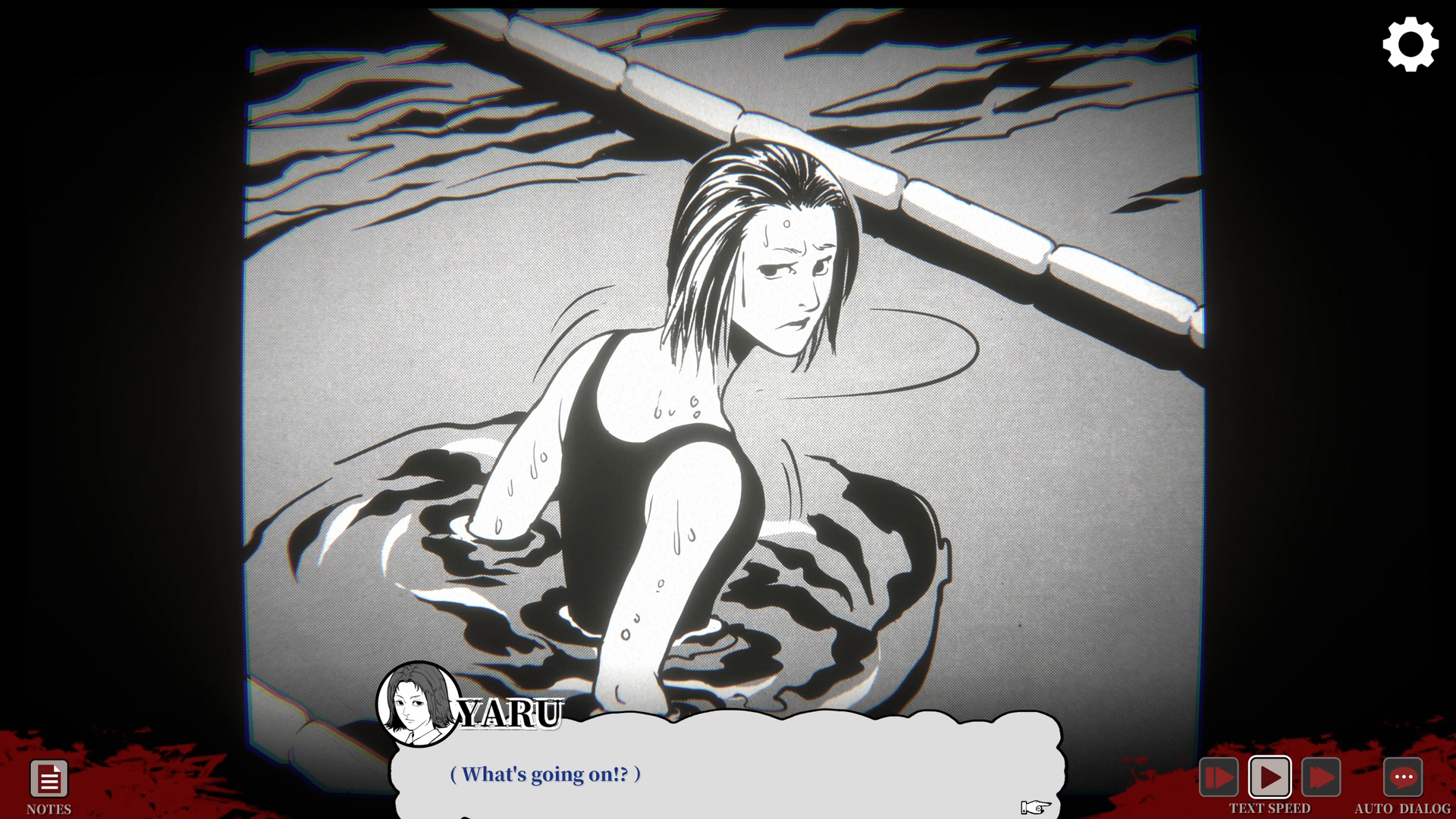 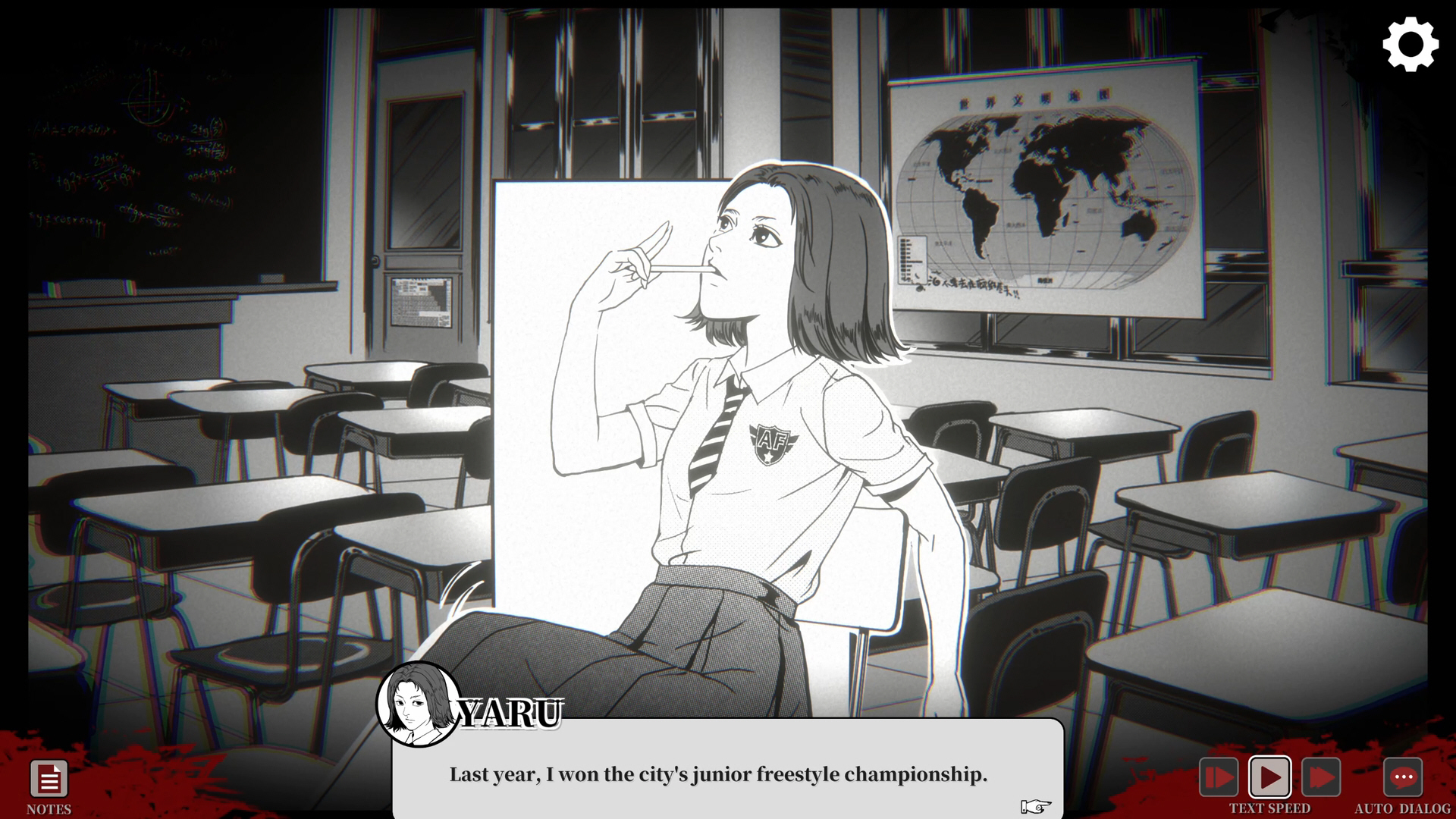 Ghost in the Pool is a short horror visual novel using a traditional manga graphical style. The story focuses on Yaru, a champion swimmer at an elite school who’s preparing for a competition. In order to practice for the competition, she wants to sneak in with a duplicate key at night, but fatal rumors surround the pool after hours. As a fan of manga, I felt the black and white visual splashed with the dramatic red interface worked well for the mood and the quality of the art was very good.

Ghost in the Pool features three endings, although I felt like it was a bit closer to four endings since one of the endings had two ways to achieve it and the feel of the story differed for each of them. After completing the game, The player is provided an unlabeled decision tree for the game and can jump to different scenes to explore other options. As someone that always wants to experience all the scenes and endings in a visual novel, this is one feature I tend to love. Although the option to also skip dialog that’s already been seen is handy too.

Player choices are always in pairs

For as much as I loved the scene selection, I did have some problems with it. For some of the scenes, trying to jump there would take the player to another scene entirely. Other times, differences caused by prior choices weren’t marked, but choices between two options in the game showed three routes on the decision tree. I’m not really sure if I got to see everything the game had to offer, which is a little disappointing. 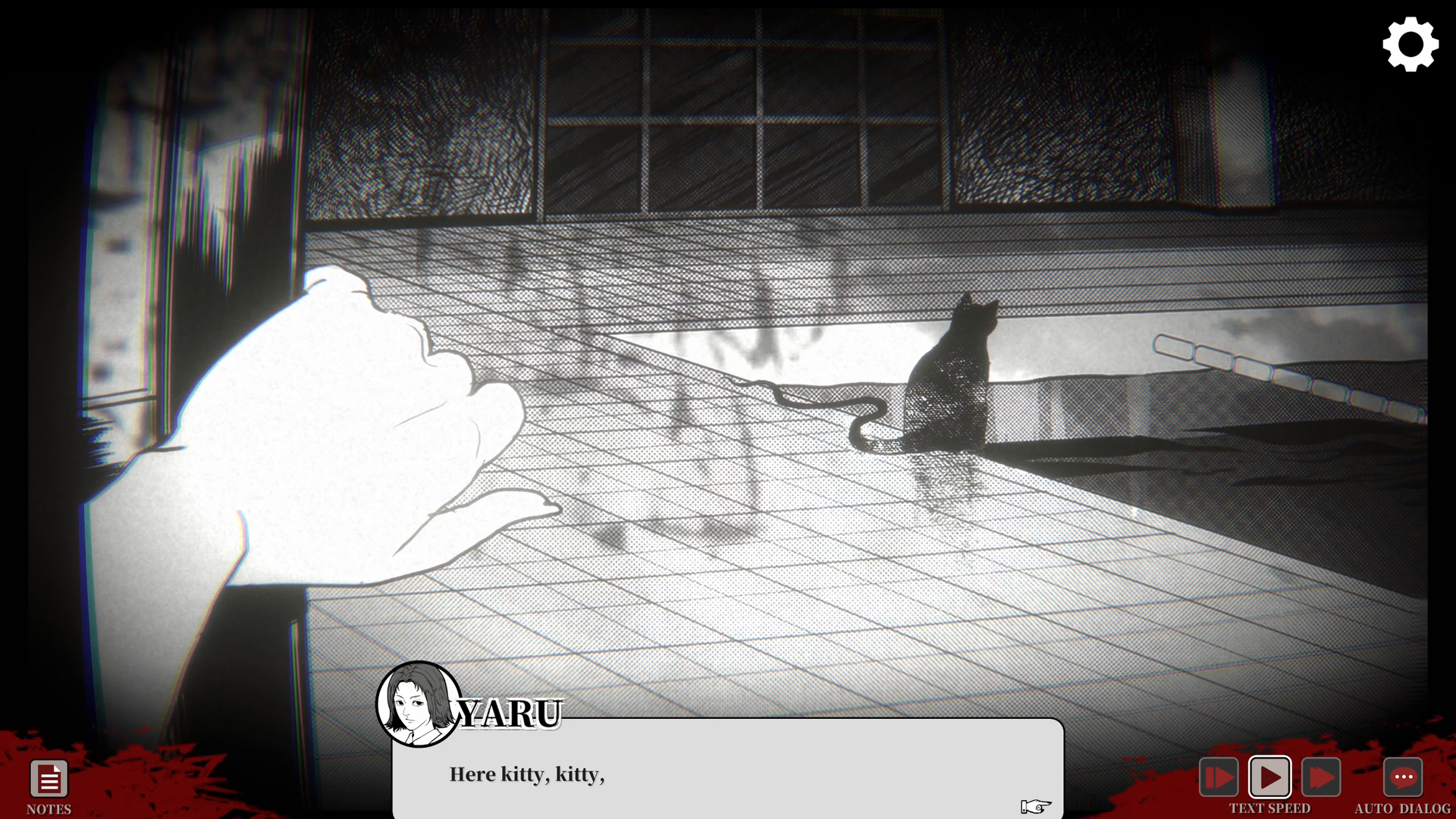 Not all renditions of this scene have a kitty

Ghost in the Pool had some minor confusing moments in translation. For example, the school is referred it as a middle school, junior high, and high school, which at least where I’m from are not all the same thing, making it hard to pin down Yaru’s age. There were also some minor visual glitches, such as dialog boxes overlapping older dialog boxes that failed to dismiss. These didn’t have a major impact on gameplay, but it may bother some players and makes the game feel a little unpolished. 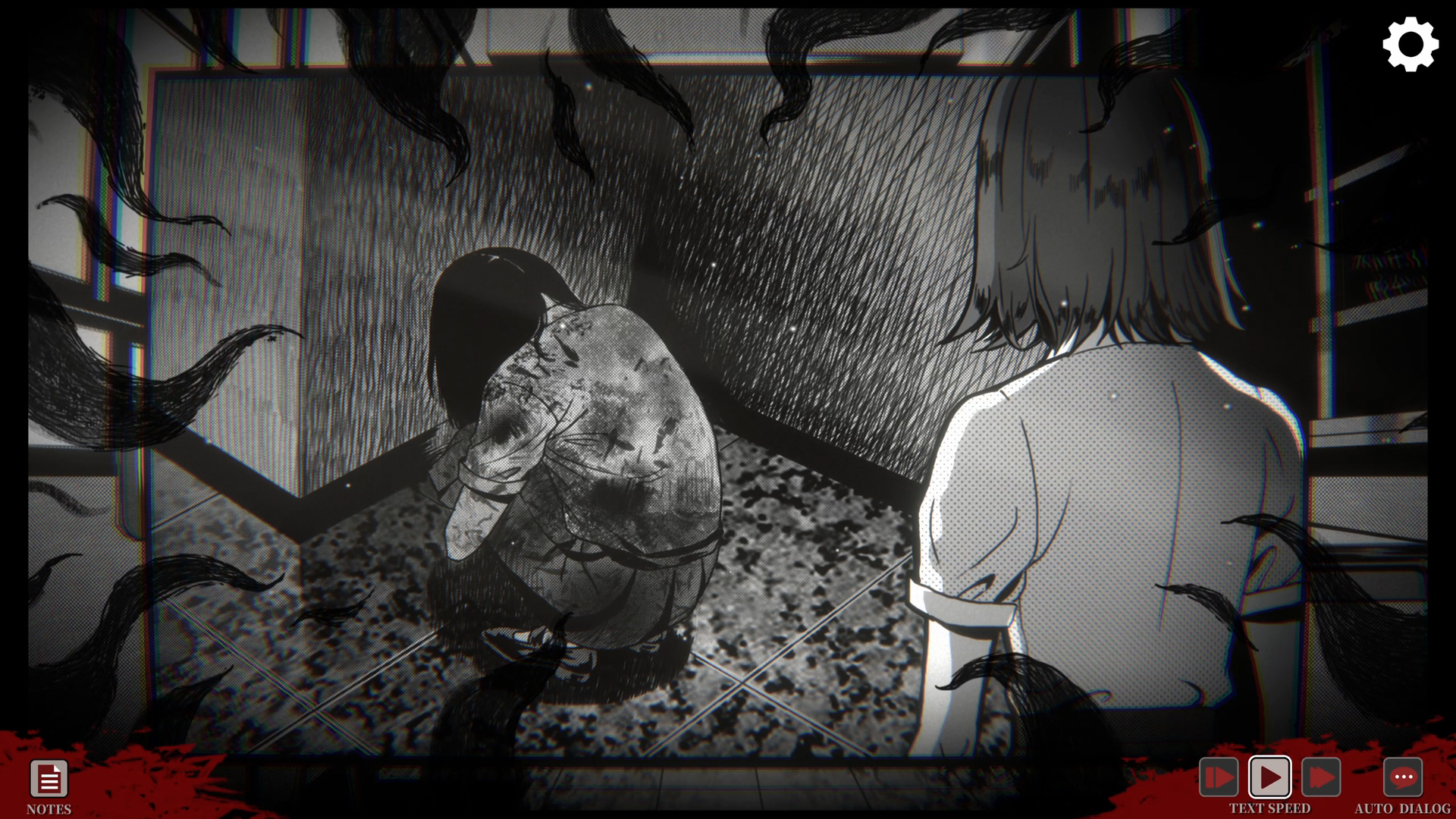 Is this girl somehow connected to the pool?

Overall, I enjoyed Ghost in the Pool. I liked the story and the art was well done. For a shorter visual novel, I felt it packed in a good amount of creepy scenes and had multiple meaningful endings. I liked the ability to jump to decision points after beating the game but found the feature to often not work as intended. Potential players should also be aware of some minor visual and translation hiccups, though the emphasis is on ‘minor’. I recommend Ghost in the Pool for horror manga fans looking for a visual novel they can do a playthrough of in one sitting.