Find the right moves to slide pieces around a 2D board and join the halves in Yin Yang.

A review copy of Yin Yang was provided for this review. No compensation was involved and all thoughts are my own.

There are 45 levels in total

Yin Yang is a short puzzle game where players slide white circles into black circles to merge them and create yin-yang symbols. There are 45 levels in total and each level has a target number of moves for players that want a greater challenge. Most levels have multiple symbols to complete and stacking the white circles is often part of the solution, meaning there’s an optimal (and sometimes necessary) order to complete the symbols. The game is fairly short on its own, but players who go for optimal moves on every level will get more playtime.

The biggest frustration for me was the lack of an undo button. While there’s a reset option to start a puzzle over, often I only wanted to go back a few moves. Resetting becomes somewhat tedious, especially when considering a few of the puzzles have a minimum move set of +50 moves. This was somewhat exacerbated by the fact that moving pieces required an unnatural swipe motion with the mouse, there appeared to be no option to select a piece and then slide it with the arrow keys. 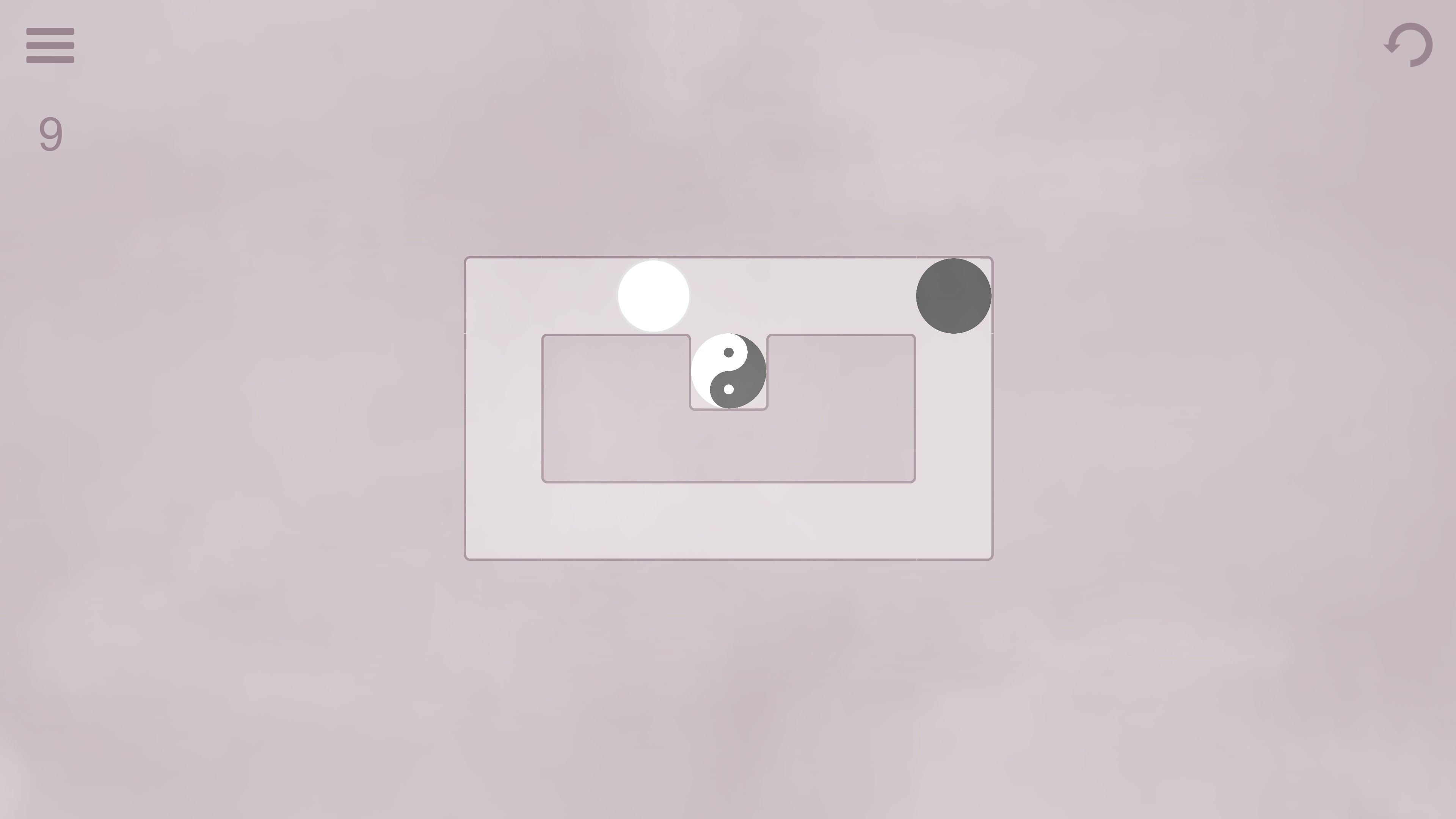 The user interface of Yin Yang has a very clean minimalist style. I feel this suits the game well as the puzzles are the focus and there’s not a lot to customize. However, a simple volume slider is often appreciated. I liked the soft color palette and softer lines of the levels, as these were easier on the eyes. The one confusion I had with the interface was I didn’t understand what the move counter was the first time I saw it. Luckily it wasn’t too hard to figure out.

A few quotes are scattered throughout the game

Overall, I found Yin Yang to be a very pleasant experience. The puzzles were simple in concept, but sufficiently complex to execute, particularly when going for the minimum number of moves. Although it should be noted that the game is fairly short. The interface is very clean and soft, although I’d have loved an undo button and an option to control the pieces with the keyboard instead of the mouse. I recommend Yin Yang to puzzle enthusiasts looking for a shorter game.