Collect pictures of wildlife, fix up a town, help the townsfolk, and save animals in Alba: A Wildlife Adventure!

Save local wildlife and clean up trash

Alba: A Wildlife Adventure is an adventure game where players explore a small island and fight to preserve its’ wildlife reserve and protect the animals living there. The game features a moving story and more than 60 species of animals to photograph and document. Players get to know the townspeople as they work to convince them of the importance of preserving their natural wildlife and educate them on how to protect animals from dangers such as nets and pesticides.

Zoom is incredibly handy for far away birds

One of the main mechanics of Alba: A Wildlife Adventure is Alba’s smartphone. With it, players can identify any animals they get a decent picture of. Its definition of “decent” is fairly generous, while players usually have to get close to animals or zoom in, it doesn’t require the animal to be fully visible or facing the player. Alba also travels with a wildlife guide where players can keep track of the animals they’ve photographed. It’s also useful for determining where to look for particular animals, what markings to look for, and what noises to listen for.

Complete tasks to win people over and gather signatures

The story of Alba: A Wildlife Adventure focuses on a small island’s tension between restoring a dilapidated nature reserve or surrendering the land to build a luxury hotel and restoring tourism and jobs. Young girls Alba and Inés decide to create a wildlife league to rebuild the animal habitat, clean up dangerous trash, and document the breadth of wildlife populating their island. The story is very sweet and inspiring, even if it’s a bit black-and-white, and I found myself unable to stop smiling at the end. 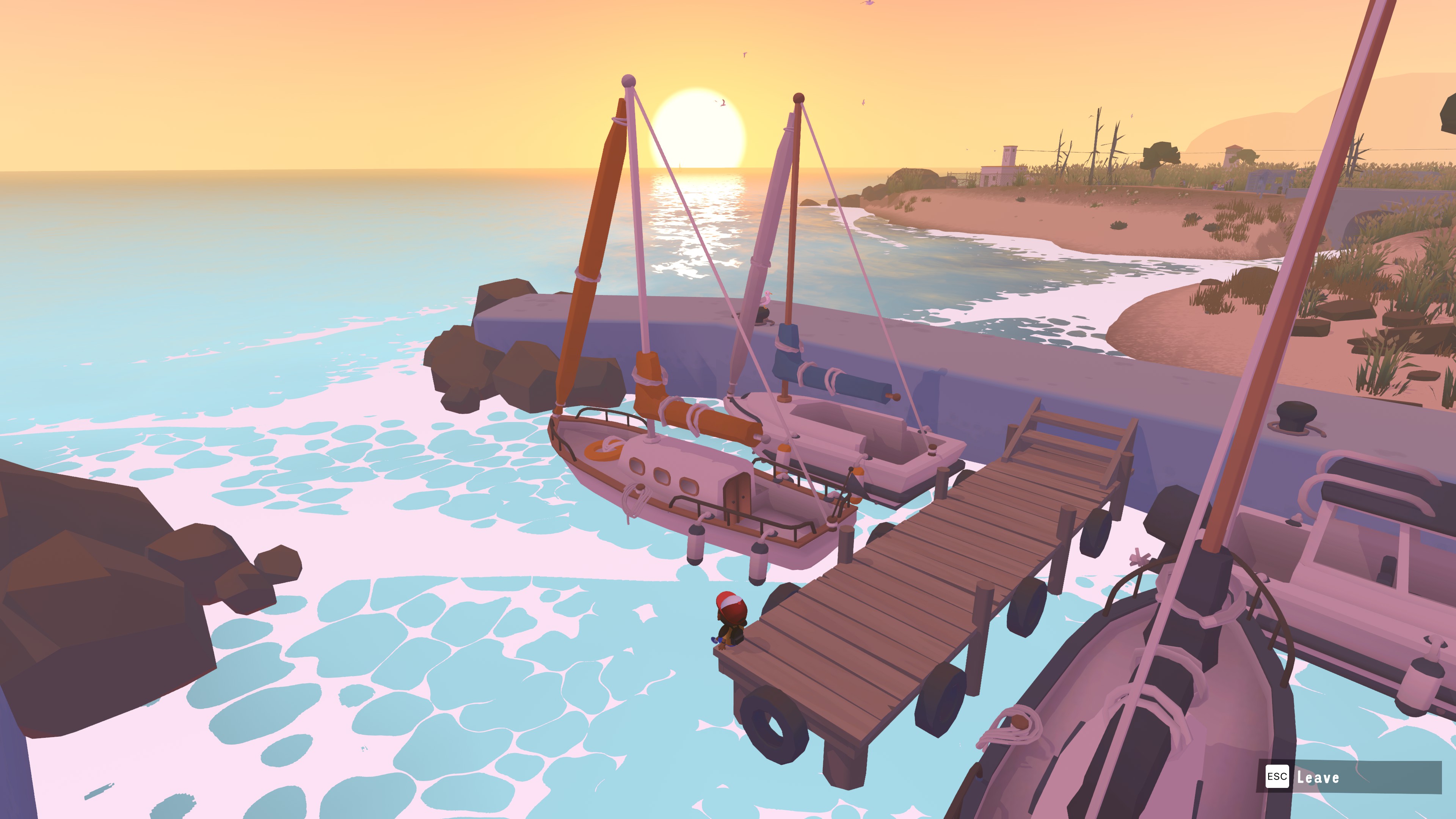 One of the rest spots

Alba: A Wildlife Adventure is definitely a game to be played with the sound on. Not only are their cultural touches of radio music all over the town, but all the animals make their own unique sounds. Bird calls, in particular, are useful for locating species players have yet to photograph. The sounds of the wind and waves across the island bring the atmosphere alive. I also loved the cultural touches of food and language to really breathe life into the island and its people. There are even rest spots to sit around the island to watch the birds, waves, and sunset while listening to the island.

Overall, I greatly enjoyed Alba: A Wildlife Adventure. It had a sweet and inspiring story and I loved collecting photographs of all the wildlife. I found myself not wanting to send Alba home for dinner at the end of the day because I wanted to explore the island further and take more pictures. The whole island is brought to life by the sounds of the birds, and the local music, language, and cuisine. It made me think about the animals at risk in my own neighborhood and how I could help them. Really the only downside is that the game also made me hungry and now I feel a need to learn how to make paella. I recommend Alba: A Wildlife Adventure for any players who love finding and collecting things in games, cute animals, and being someone who makes a difference.