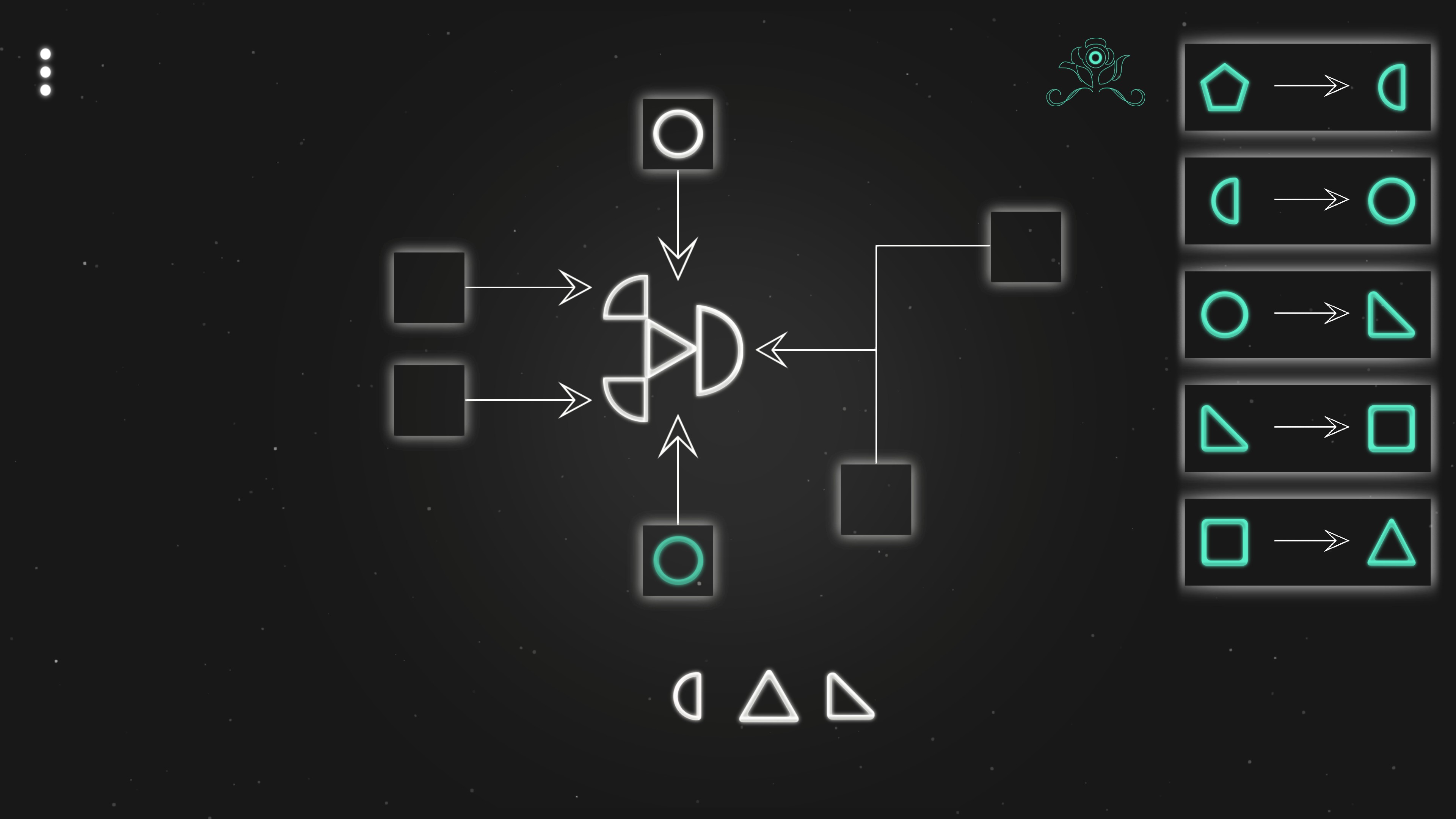 Hidden Memory is a wordless puzzle game about building shapes. Each puzzle players will be given a shape exchange rule they have to memorize and then several others that are available from the sidebar. The goal is to place shapes into the empty slots such that they create the parts of the morphed shapes once exchanged. The exchange process is not visualized and no progress is given, players have to figure out and troubleshoot their solutions on their own. 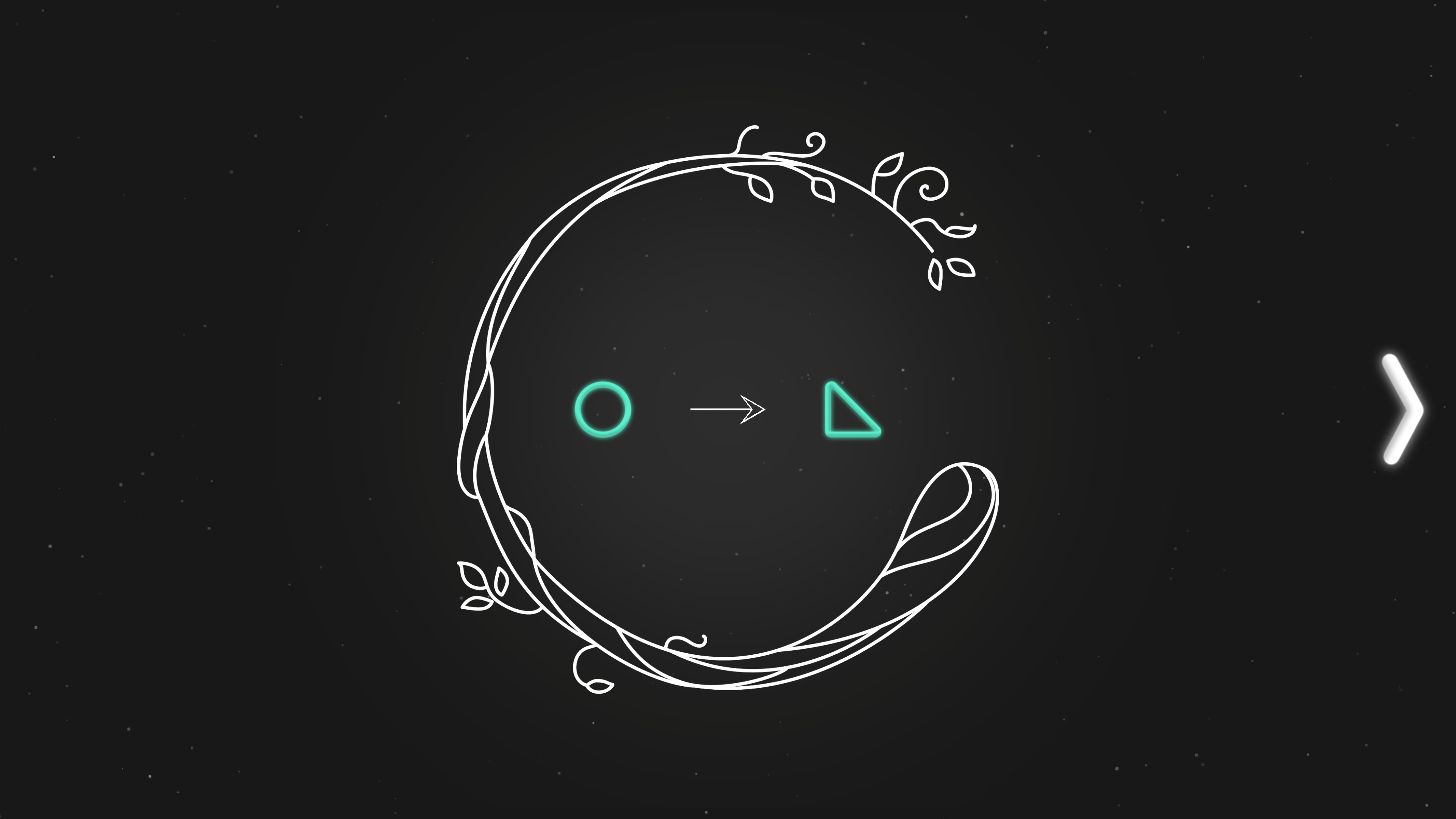 A rule that must be memorized

The biggest issue with Hidden Memory is clear right from the beginning, there are no instructions regarding any of the process I just described. Players are shown shapes with arrows and empty slots, but even the goal of trying to create the morphed shapes isn’t clear once the morphed shapes start being conjoined. Other rules such as exchanges are only done once and do not chain are also unclear. I ended up starting over after completing almost a dozen levels because it was clear my understanding of the rules was flawed and I saw essentially just guessing. I can only assume this was done in favor of minimalism, but the confusion detracted from the calm atmosphere.

I believe this level is trying to get players to ignore rotation, but the combination arrows are distracting and hold no real meaning

The graphics of Hidden Memory are very pleasing. There’s relaxing music (although no volume control) and after each completed puzzle a nature scene built on the shapes is revealed. As the puzzles become more difficult, the nature scenes become larger and more detailed. At the end of the game, the scenes will play out in order so the player can appreciate them all together.

Once the rules were made clear, the puzzles themselves were not very difficult. A number of them had multiple possible answers, possible because not all of the empty slots have to be filled for a working solution. There were some puzzles though where I couldn’t quite tell whether a square or combination of triangles had been used, and that lead to some tedious guessing and checking. The fact that one exchange rule also had to be memorized also didn’t seem to add much to the game. It typically led me to doing that rule first and then restarting the level if I suspecting I had an error.

A level with an extra slot, leading to multiple possible solutions

Overall, Hidden Memory is a fun visual stretch once players know what they’re doing. Players can enjoy deconstructing shapes in their minds and then using logic rules to exchange the pieces, all while listening to pleasing music and being rewarded with nature artwork. The biggest leap is in understanding what the mechanics and goals of the puzzles are, due to lack of instructions. I recommend Hidden Memory to puzzle game players looking for a quick relaxing puzzle game and that aren’t adverse to a lack of a tutorial.