The Lost Dungeon of Knight is a simple short platformer about exploring an old dungeon. Controls are simple and gameplay limited, but lack of polish and graphical issues hamper the experience.

The gameplay of The Lost Dungeon of Knight involves jumping across platforms to explore a linear dungeon. Missing a platform requires walking back to the beginning of the room. Unfortunately, only about 3 rooms are in the game, though they do scale in difficulty. The gameplay ends after 20 minutes with the character becoming trapped. No ending occurs, the player just wanders around the final room until they Alt+F4 (the only way to quit the game). An ample number of chests are scattered around the dungeon, but there appears to be no way to interact with them.

The Lost Dungeon of Knight has simple controls, WASD or arrow keys to move, space to jump, and shift to run. Although the unsuspecting player may smash many buttons on their keyboard attempting to interact with the decorative chests. While moving, it’s easy to get stuck on obstacles such as the large rib cages, especially getting temporarily trapped between the ribs. Walking upstairs is also very slow and jerks the camera around, jumping is recommended. In this section the player must weave around obstacles

I enjoyed the simple 3D style and limited color palette of The Lost Dungeon of Knight. Unfortunately, the graphics are difficult to enjoy due to the stuttering and jerking of the visuals whenever the player moves. Simply turning one’s head may make some players motion sick as the game tries to snap the viewing angle to an invisible grid. There’s also one area that’s covered in a solid cover dome and it’s unclear if the sky graphic is supposed to be rendered on the inside of said dome. The player can clip through the dome to see the sky outside, which appears more like a photograph and clashes with the rest of the artistic style. 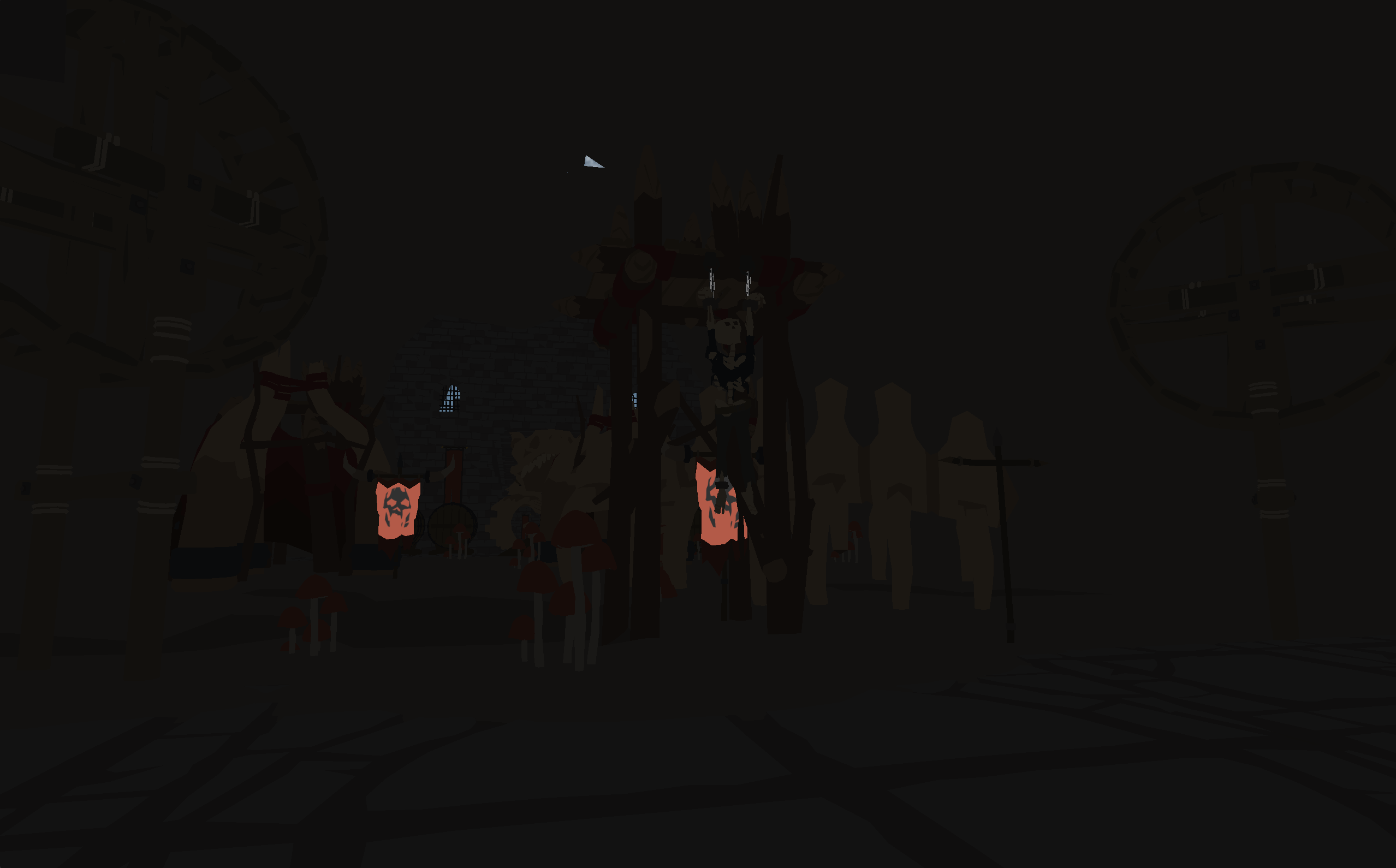 The Lost Dungeon of Knight lacks a large amount of polish. There does not appear to be any loading screen or options menu of any sort. There’s no introduction, ending, and the game lacks any sound. The only way to close the game appears to be Alt+F4. Players can clip out of the dungeon with little effort in the dome section and the “sky” is easily visible in many places where walls and/or floors come together.