Metrico+ is an infographic themed puzzle-platformer with stylistic minimalist design. Players navigate through 6 worlds of chart-based terrain that reacts to each action of the player. A platform may follow the player’s horizontal position, while another reacts to how fast the player moves, and a wall rises in front of the exit if the player jumps. Each challenge requires experimentation, forethought, and perception. 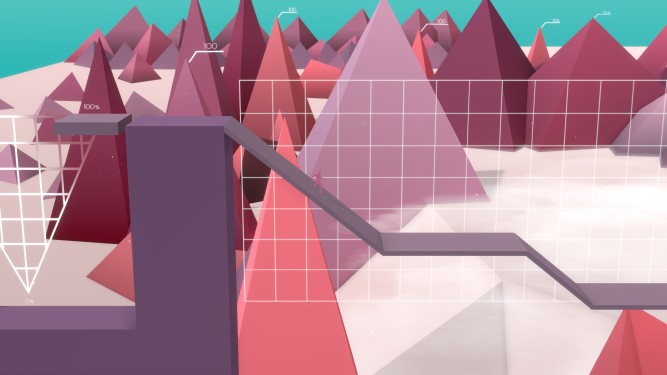 Platforming over reactive infographics is the main mechanic of the game 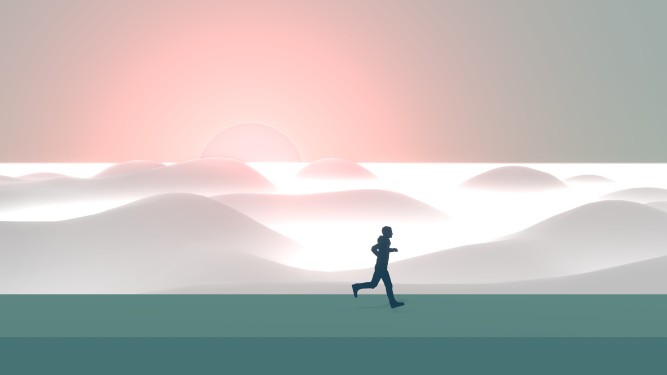 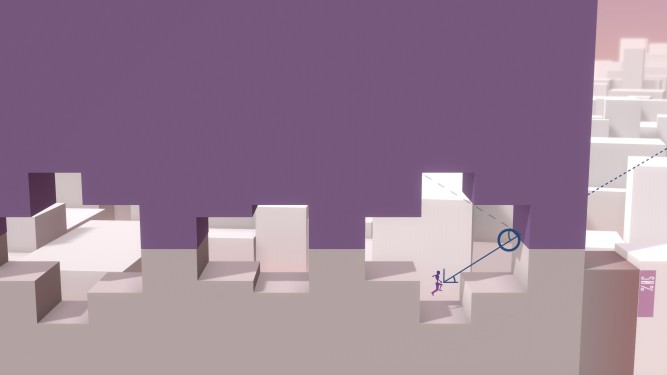 Metrico+ is heavier on the puzzle side of the puzzle-platformers. It introduces the player to the mechanics at a steady pace and the difficulty ramps up pretty high. Puzzles primarily involve figuring out what actions control each part of the environment and then planning how many and in which order the actions should be done to reach the goal. In some puzzles these constraints limit the puzzle to a single solution, but in others there are multiple solutions. I enjoyed the challenging nature of the puzzles and the extent to which the player can plan much of their solution in their head. 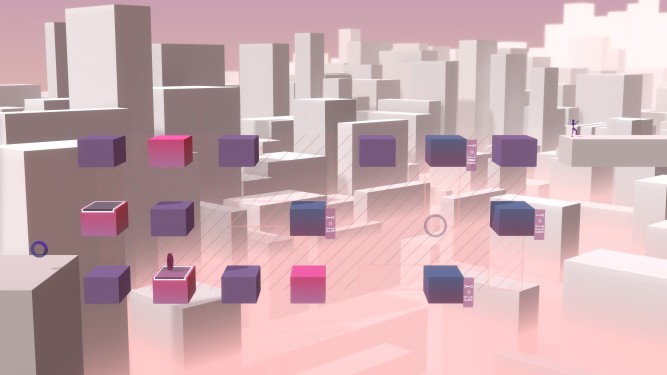 One of the later puzzles

The primary weakness of the puzzles in Metrico+ is that there’s a lot of trial-and-error at the beginning of each puzzle to figure out what actions affect the environment. Early on this isn’t a noticeable issue, but about halfway through enough activation types have been introduced that the player has a lot of things to try. Some activations are also somewhat niche, such as killing the player or an enemy in a particular way. It was because of this tedious trial-and-error that I eventually looked up hints on some of the later puzzles. Repeatedly throwing abilities in all directions, running around, and finding new ways to kill your character before the player can start the meat of the puzzle doesn’t feel like rewarding gameplay to me. There were also some reflex dependent puzzles which felt out of place in the game, mostly because it didn’t seem like the target skill set; the puzzles otherwise fit into the style of the game. 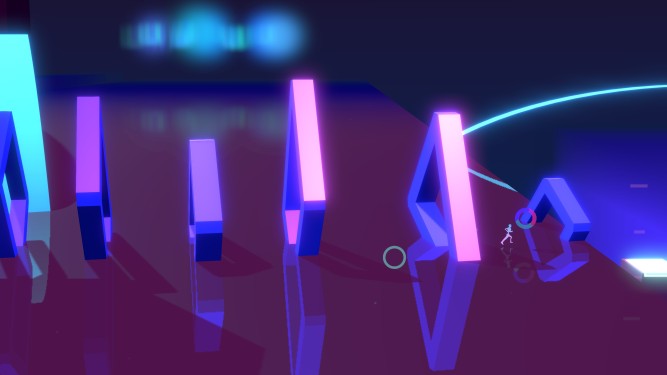 A few reflex dependent puzzles were scattered throughout the game

Metrico+ uses a stylistic minimalist visual design and minimal starting controls. Each world uses a different color palette, but consistent indicators. I enjoyed the graphic design of the game, but felt that it fell short of its initial theme of interactive infographics. Particularly by the end of the game, the puzzles were all just moving boxes and had lost almost all their resemblance to graphs. Charts other than box charts (such as pie charts or histograms) also made only rare appearances toward the beginning of the game. 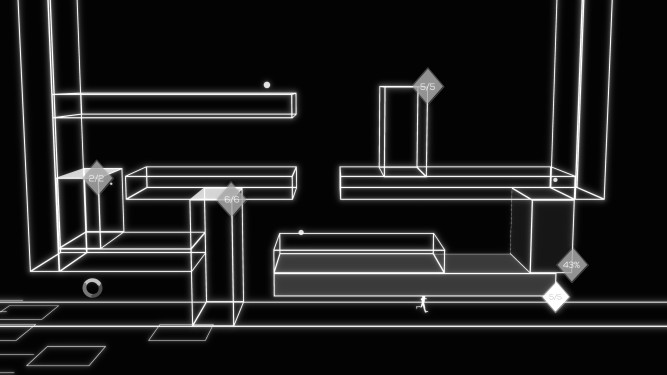 Alongside the minimalist graphics, Metrico+ also tries to provide the player with a dynamic background landscape that reacts in minor ways to player actions. While scenery is not usually part of a game the employs minimalist graphics, I found this addition enjoyable. However I wish the effort had been put into the game’s soundtrack instead. I felt like the soundtrack for a game such as Metrico+ should’ve been slow and relaxing to mitigate player frustration and provide an enjoyable atmosphere. This seems to be what the scenery was attempting to do, but the background is largely ignored during the act of puzzle solving. The soundtrack however cannot be ignored. It’s unusually loud and high pitched, and the settings menu lacks any sort of sound control. I ended up nearly muting the game in my operating system’s volume mixer and turning on background music of my own choosing. 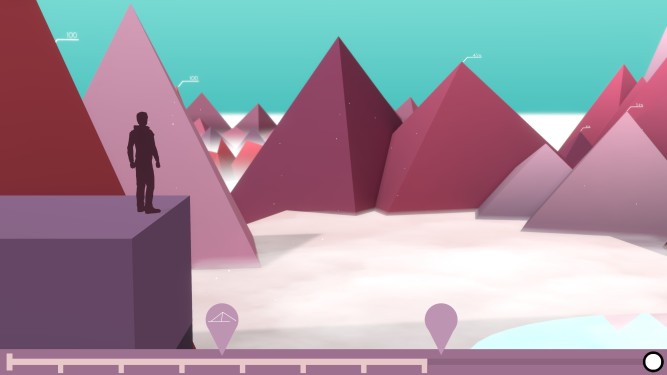 Metrico+ also has some attempt at a story, which mostly seems thrown together at the end. There are two possible endings, but both are so abstract and vague it’s hard to take much meaning from them. The apparent attempt to make the ending vague so that players can draw their own conclusions felt to me like it instead made the ending too weak to mean anything. Given how little time was spent on the story, I think a direct method would’ve been more effective. As it stands the player doesn’t have a lot of emotional investment in the story to warrant mulling over a meaning for themselves. 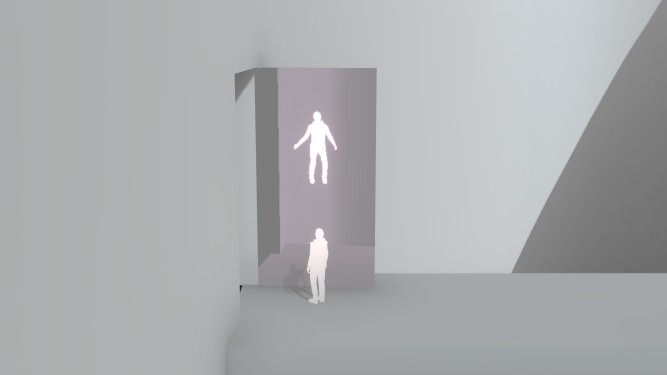 Overall I enjoyed Metrico+ as a challenging puzzle game, but would only recommend it for that purpose. If a player is not explicitly looking for a challenging game, then the infographic style and minimalist design is unlikely to pull a player through the puzzles. An interested player should also have patience, despite the apparently short game length, as frustration and trial-and-error are not uncommon.