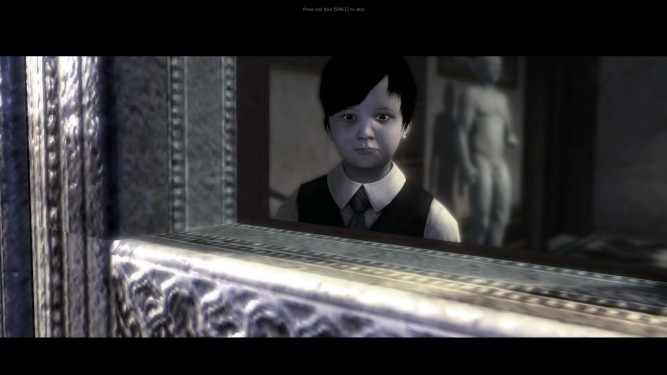 He knows where you sleep 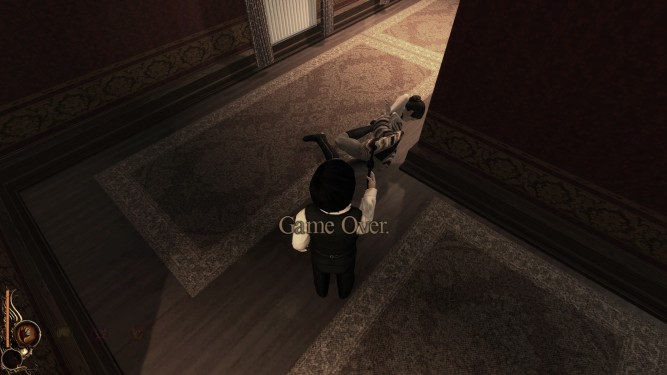 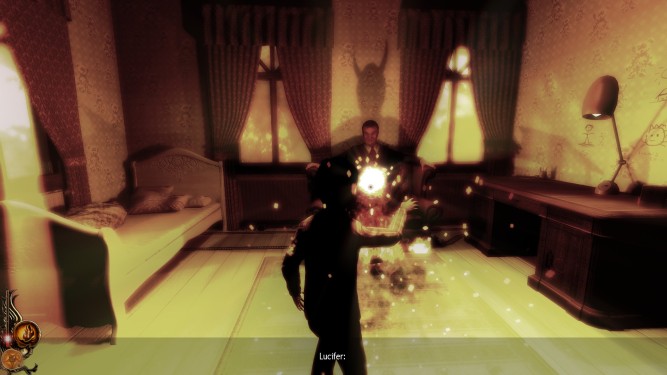 I didn’t find the story or characters to be all that indepth, but I did still enjoy the game. The first two “gifts” you get for doing chores can give you hints for each of your puzzles and most levels give you ample time to figure them out. The puzzles (murders) are all about the same length, four entries in your journal, though some take longer and more walking than others. While the story was sterotypical, I did like the mother’s slow descent into insanity, which was one of the few character progressions. Figuring out each murder while not getting caught was pretty interesting, and none of the spell usage was too out there. While it’s no masterpiece, I still want to recommend it to all the devilish little gamers out there who would enjoy smash expensive china, peeping on adult “playtime”, stalking around in the dark, setting things on fire, and (of course) graphically butchering the 20 or so occupants of the house as a 6 year old boy with demonic powers.