The Hand of Merlin First Impressions

First impressions of The Hand of Merlin as demoed at PAX Online! Slated for release Q4 2020 by Room-C Games | Croteam. 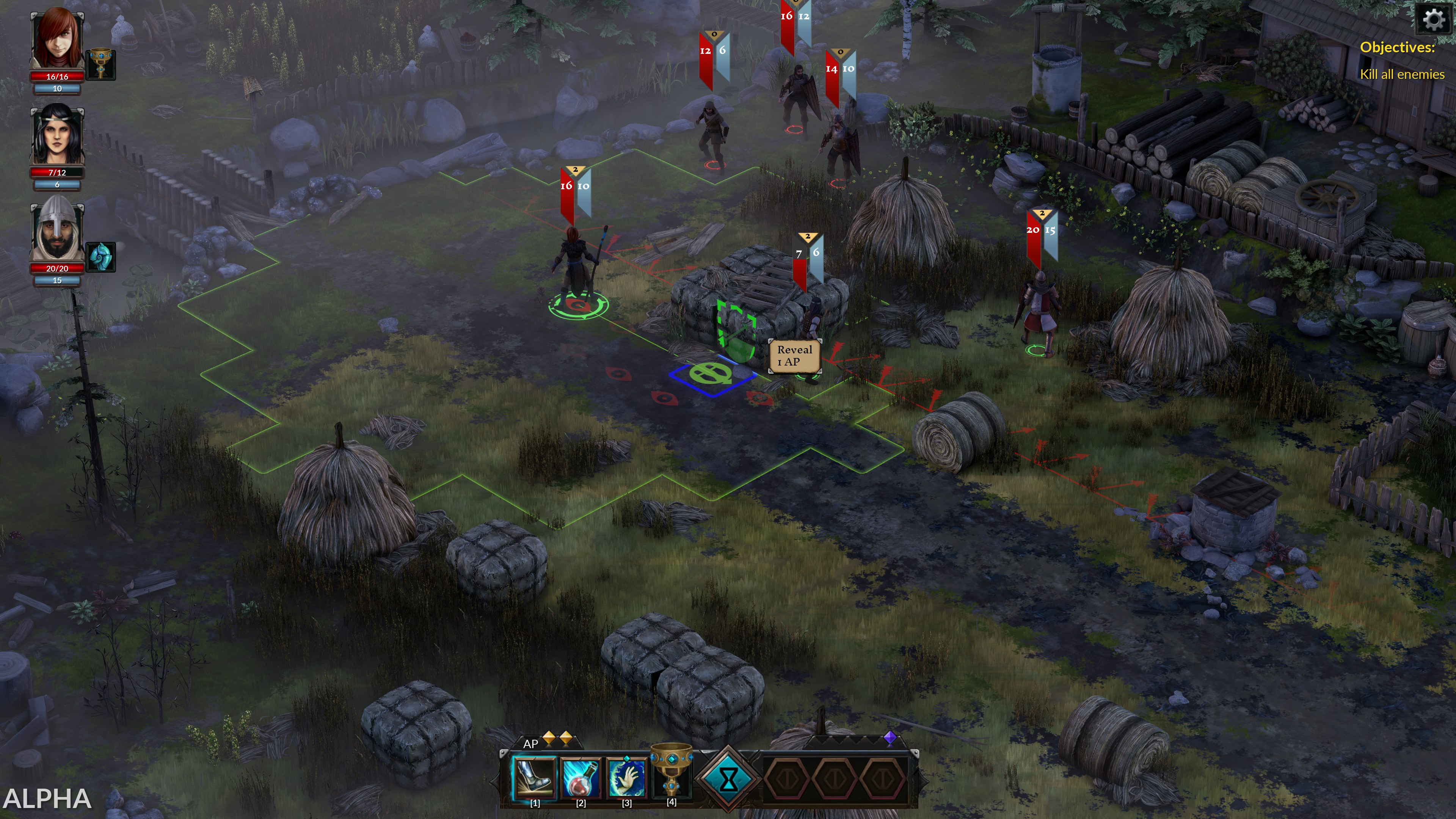 Starting out unrevealed to the enemy

Every year I’m always excited for PAX and this year was no exception. With the PAX Online format, I’m pleased to be able to share with you my first impressions of several games, including The Hand of Merlin. The Hand of Merlin is a rougelite party-based RPG where players are aided by a trans-dimensional being named Merlin. Players lead their party across medieval countries, using the holy grail to fights off bandits and cosmic horrors alike.

Randomness in the game is done with cards

The Hand of Merlin demo allows players to experience the first of four acts expected to be in the final game. I did two runs of the demo, but despite improving I did not reach the end of the first act. Between runs the only things that carry over are some limited use spells from Merlin that can be gradually unlocked, and unlocks of new characters.

Backtracking is not allowed on the world map

Nodes along the player’s path can include text-based choices and battles, often with the first leading into the latter. There are also designated towns where the player can get healing. Moving along the map costs rations while gaining renown is necessary to level up. Gold helps upgrade weapons and armor and gain additional artifacts. Players start with the Holy Grail artifact, but if ever lost (the character holding it in battle dies) the run will end even if other characters survive.

Text based choices are displayed in a book

The Hand of Merlin has three classes: Warrior, Ranger, and Mystic. There are two starting characters in each class and an additional one can be unlocked (supposedly through playing the game). Each character has different stats and skills and may level up differently. I found that it was best to have at least one of each class for combat and dialog options (parties have 3 characters), but there’s nothing to stop player from going all one class.

Combat in The Hand of Merlin is turn-based on a grid. Each character has two action points, with most actions costing a single action point. Some abilities also have cooldowns are a limited number of charges per battle. Every character has both health and shield. Shield is recharged between combats, but health is not. To help avoid taking damage, characters can take cover behind large objects, but this can hamper their own ability to attack back at range.

Taking partial cover from ranged attacks beyond the red line

Overall, I found The Hand of Merlin to be quite enjoyable. I liked the different characters and how different runs could be based on the player’s choices. There’s some nuance to managing character health with the lack of healing between towns, but I felt it gave an appropriate challenge. There also seemed to be a reasonable diversity of maps and artifacts, even within the demo, though I’d have to see more to make a call on the diversity of encounters and enemies.