First impressions of The Survivalists as demoed at PAX Online! Slated for release October 9th, 2020 by Team17 Digital Ltd. 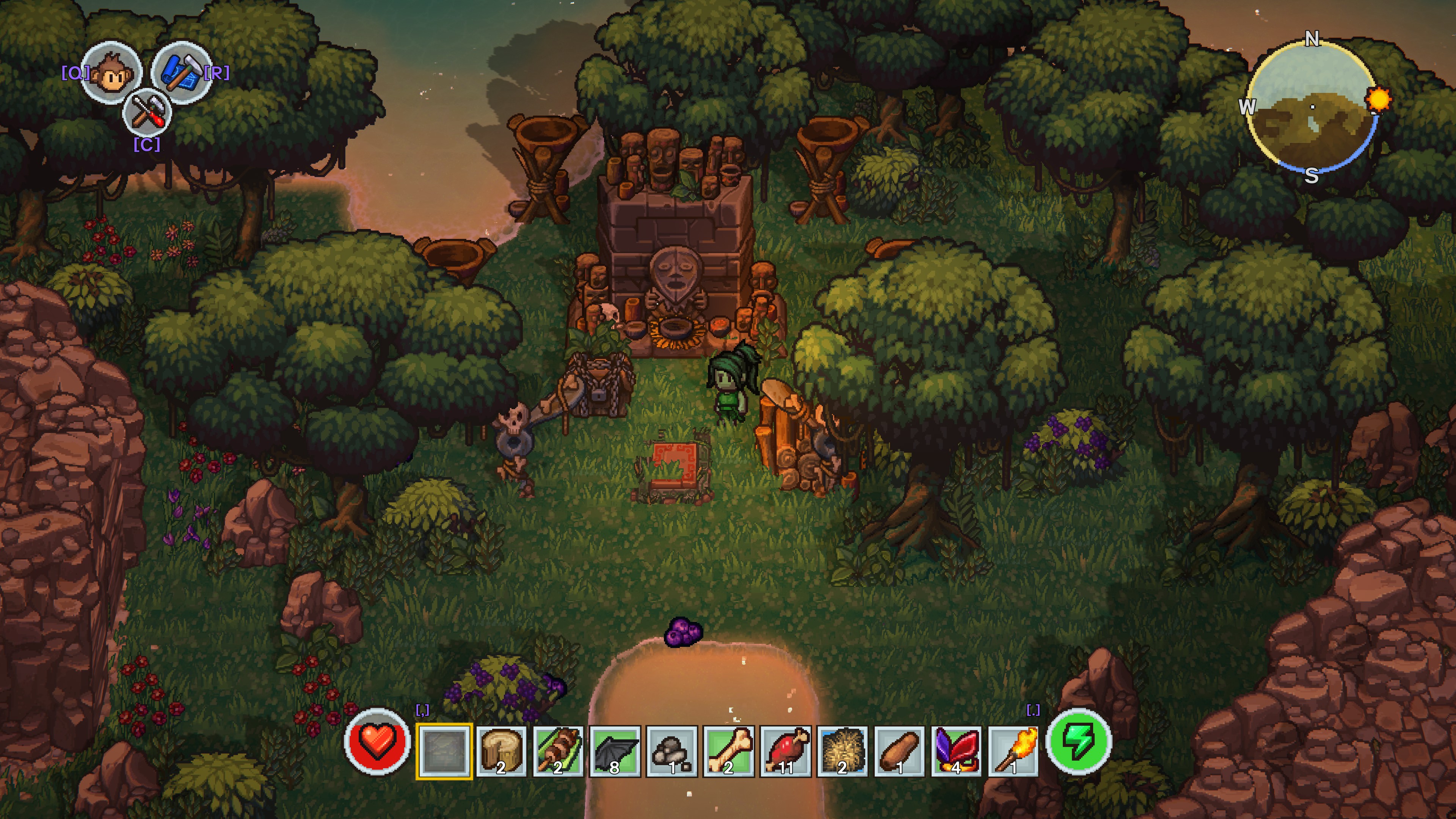 Finding a chest at an altar

Every year I’m always excited for PAX and this year was no exception. With the PAX Online format, I’m pleased to be able to share with you my first impressions of several games, including The Survivalists. The Last Cube is a solo or multiplayer adventure crafting game. Players craft items, build bases, explore dungeons and cave, fight off raiders, and collect and train monkeys to automate tasks.

Crafting starts with basic resources such as palm leaves, logs, and long grass, and resources are readily available (at least in the demo). The most important item to create is a bed since using one is necessary to save the game. Items are either crafted and carried in a small inventory or placed stationary in the world. The demo crafting/building options are enough to get a player started, but I crave the promised crafting depth for the finished game.

Monkey automation was one of my favorite features of The Survivalists. As a crafting game player, I love options to automate! Monkeys can be found around the island and coaxed to trust the player with food. They can then be trained to perform categories of tasks such as crafting or moving items. Monkeys can also be trained to follow the player and assist in combat, which is rather helpful if you’re like me and weren’t expecting a raid on your based and thus didn’t build any walls… 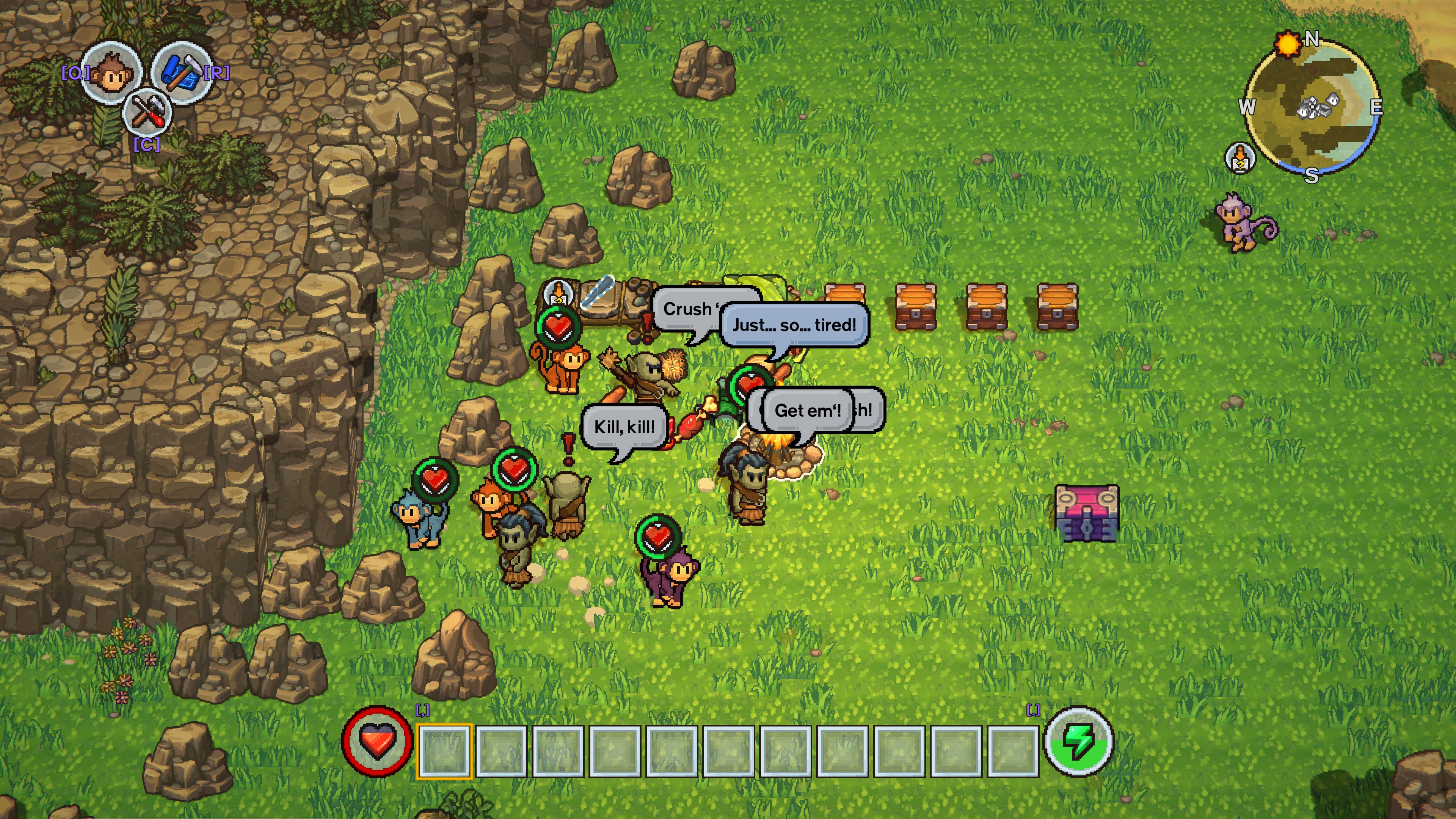 One of the main focuses of The Survivalists is exploration. The island is large and exploration can benefit from building travel outposts. At night additional enemies spawn such as bats. Bats are also a tasty source of food and can be found in caves at all times of the day. Hidden around the island are larger more difficult dungeons called vaults, which hold better items. Keys to special chests in these dungeons can be purchased from a merchant on the island.

Overall, I think The Survivalists looks promising, especially for those interested in multiplayer with friends. I’m curious to see how deep the crafting tree will go and what the plan is for the end game when the island is fully explored. In the demo, a spyglass is available to help find additional islands, but how these factor in I wasn’t able to determine as I failed to locate one.