Arrange gems in a limited number of moves in the colorful world of Mystic Pillars. Uncover the story of the kingdom of Zampi, set in ancient India, and bring much-needed water to the diverse villages.

The spirit who accompanies the player on their journey

Mystic Pillars has a unique puzzle mechanic. Players have a limited number of moves to transport gems between connected pillars to achieve the desired arrangement. Gems must be moved in sets equal to the number of pillars moved. That is to say, in order to move over to pillars, two and exactly two gems must be removed from the starting location.

In some levels connection between pillars may also be one-way, allowing gems in only one direction between them. Since move distance is equivalent to gem amount, the player must either use many moves to move a small number of gems or fewer moves, but they must move a larger number of gems. I found this gameplay to be very unique and interesting and levels felt like there were multiple ways to solve them. 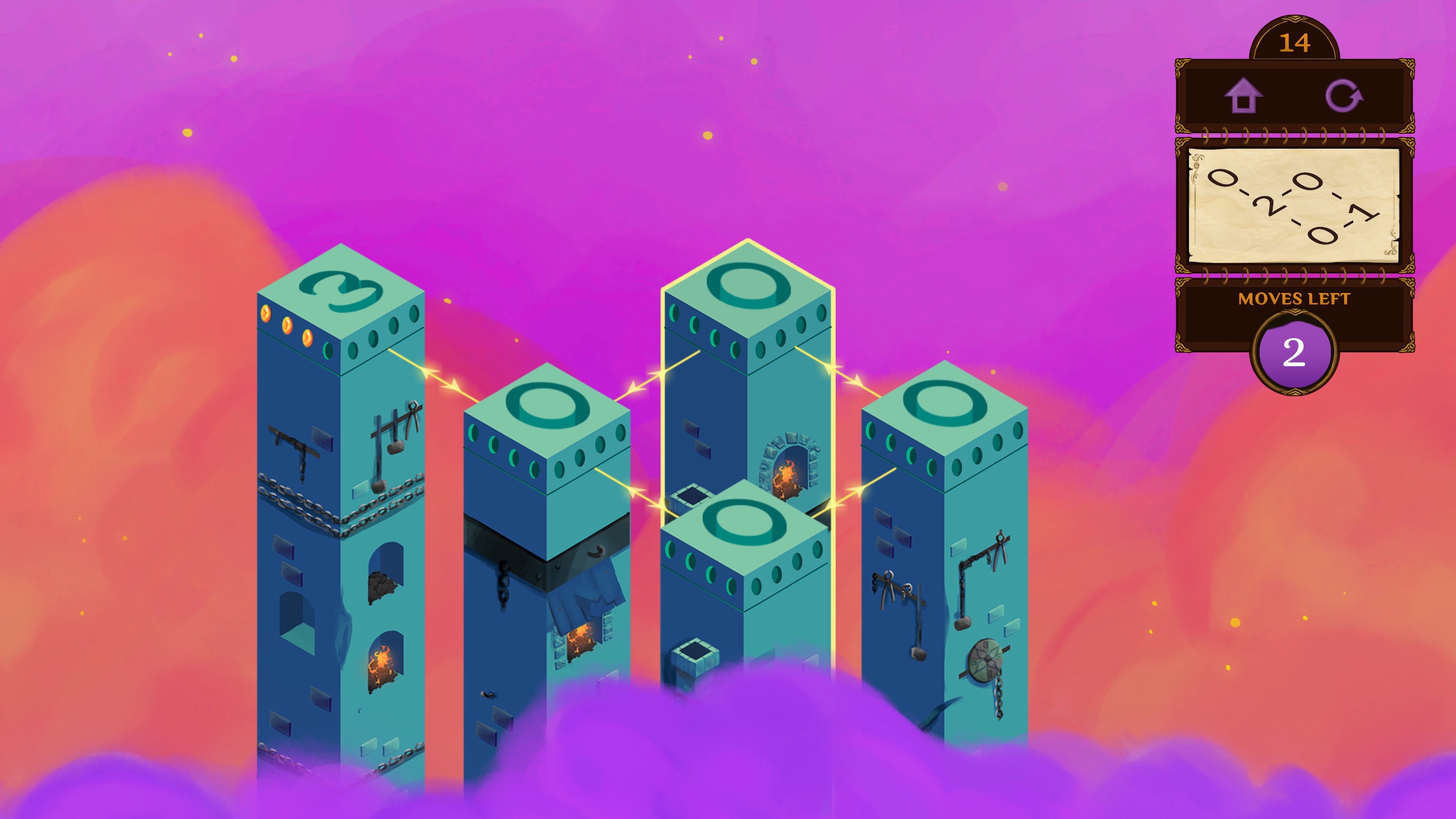 A blacksmiths themed level from the second village

In general, the puzzles got harder the further through the game, the player progressed, but all of the difficulty felt appropriate. The one struggle for some players may be that there’s no hint or skip options in the game. If a player gets stuck on a puzzle, they have no option to get assistance or delay that particular puzzle for the time being. Some players will likely find this frustrating. There were a couple of puzzles that I got particularly stuck on and I had to step away from the game and come back later with a fresh mindset. 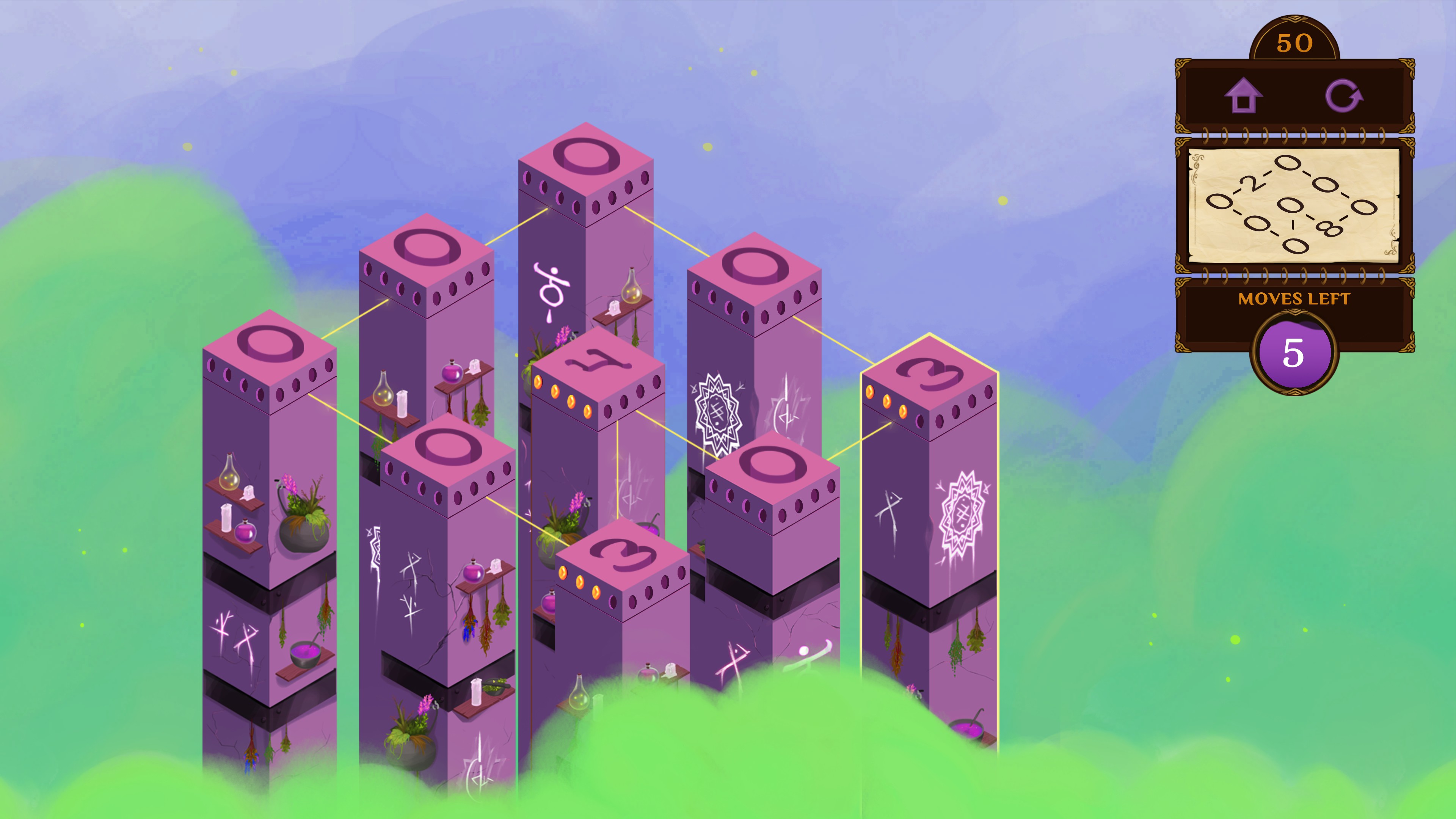 A level from the village of alchemy

There are 100 levels in Mystic Pillars that span eight different villages. Each village has a unique look and color palette for the puzzles in that area. I really enjoyed the beautiful array of colors throughout the levels. It was very pleasing to look at without being overwhelming, despite how saturated it was. I think that was quite a feat.

Meet the residents of the scholar village

I noticed a couple of minor polish issues in the game, such as graphics that didn’t quite line up or times when sounds or animations wouldn’t quite play at the right time. None of these impeded the gameplay, but they were minorly noticeable and took away from that really polished feel of a finished game. 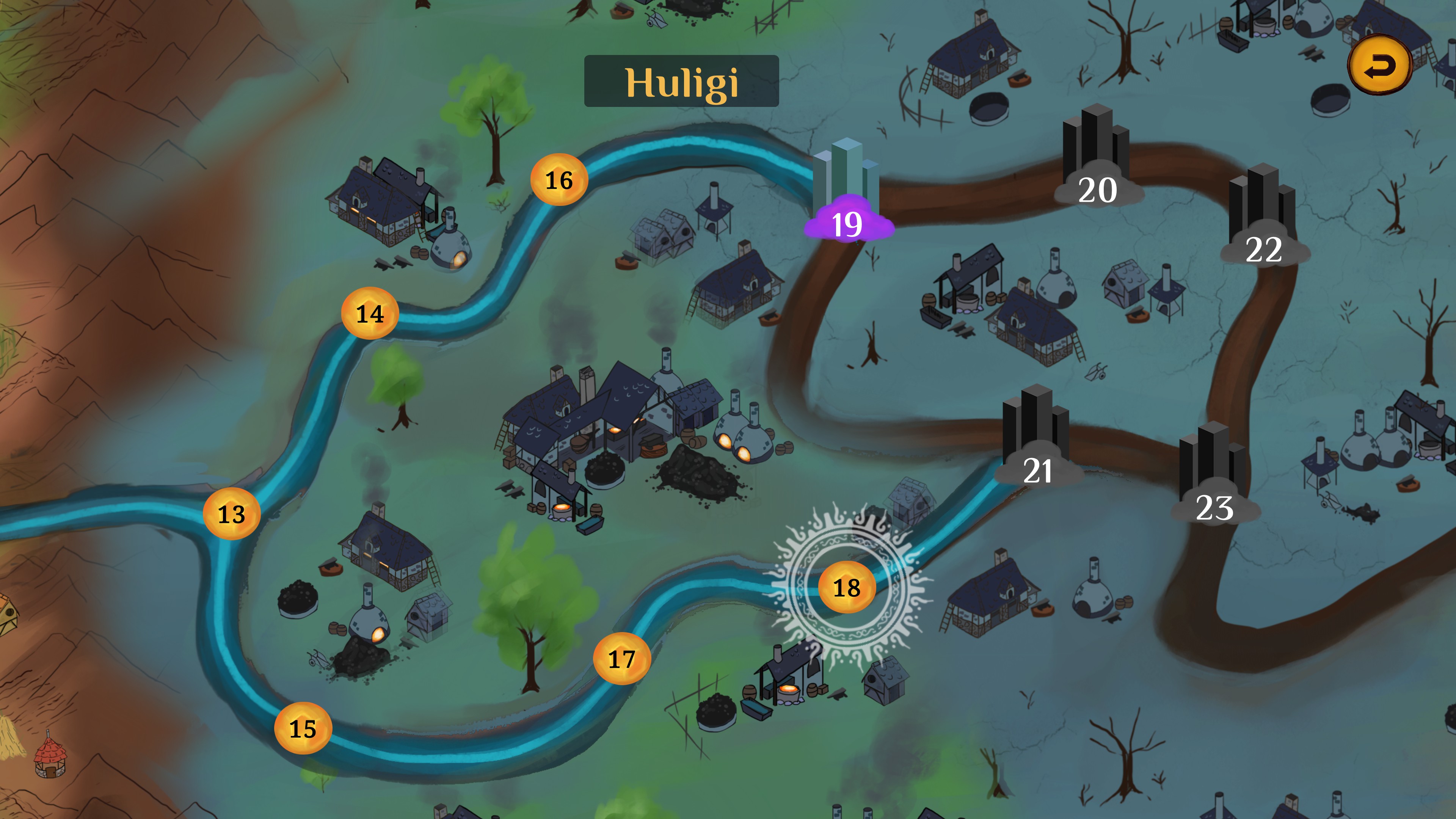 Along the left, some houses appear out of focus due to misaligned visuals

Overall, I found Mystic Pillars quite enjoyable. I enjoyed the unique puzzles that it presented and the beautiful colors. Some players might be turned off by the inability to get help with puzzles from within the game, but I found that the difficulty was still appropriate. I recommend Mystic Pillars for any players looking for a new type of puzzle game, particularly if they are attracted to its visual style.

What unique puzzle games have you played?
Let me know in the comments below!