Pavilion is an atmospheric adventure puzzle game where players guide the character through woven landscapes using bells and lights. The enchanting environment and music invites players to wind their way through interesting puzzles. New interactions are gained with progress for more complex puzzle solving. 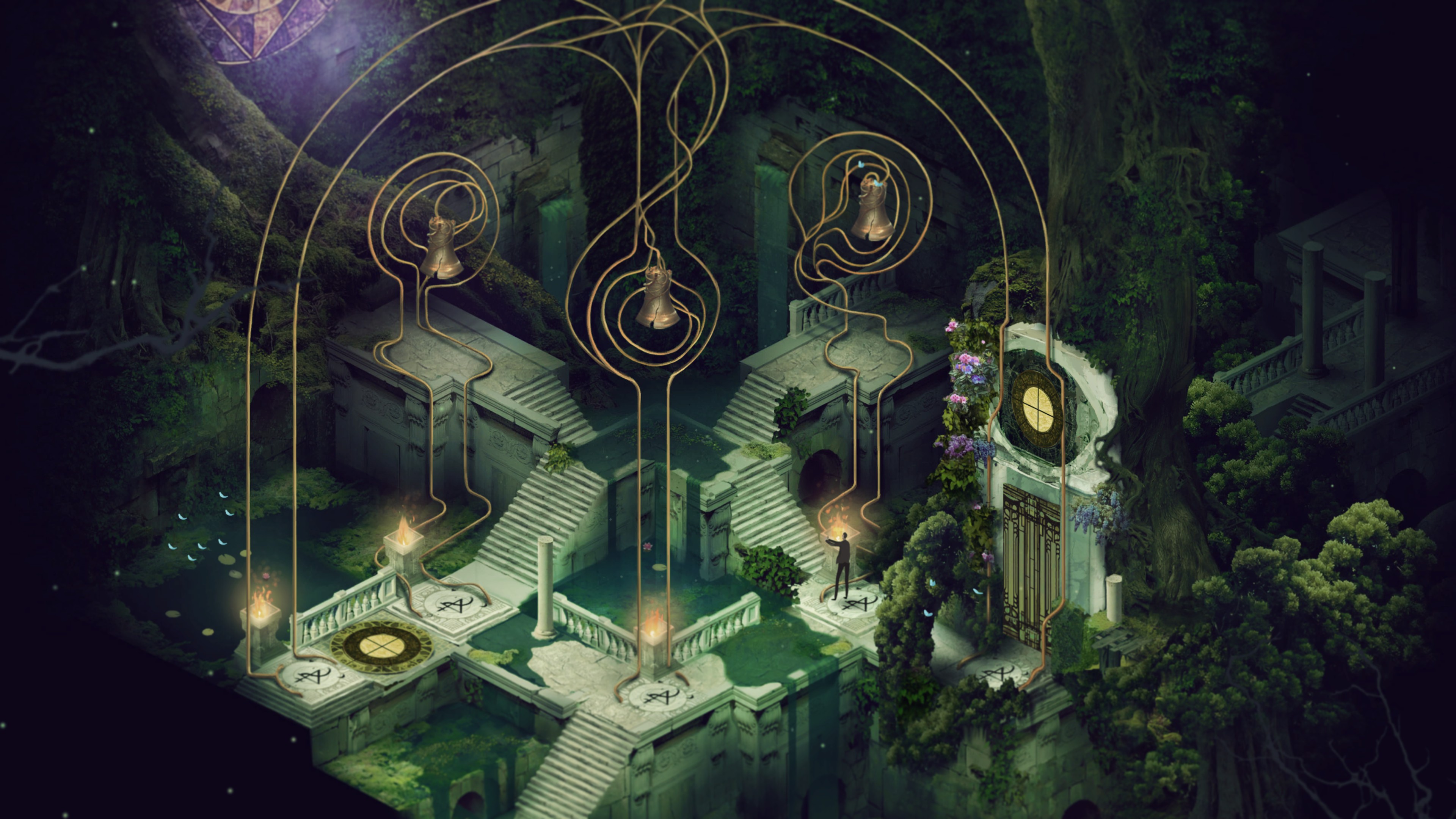 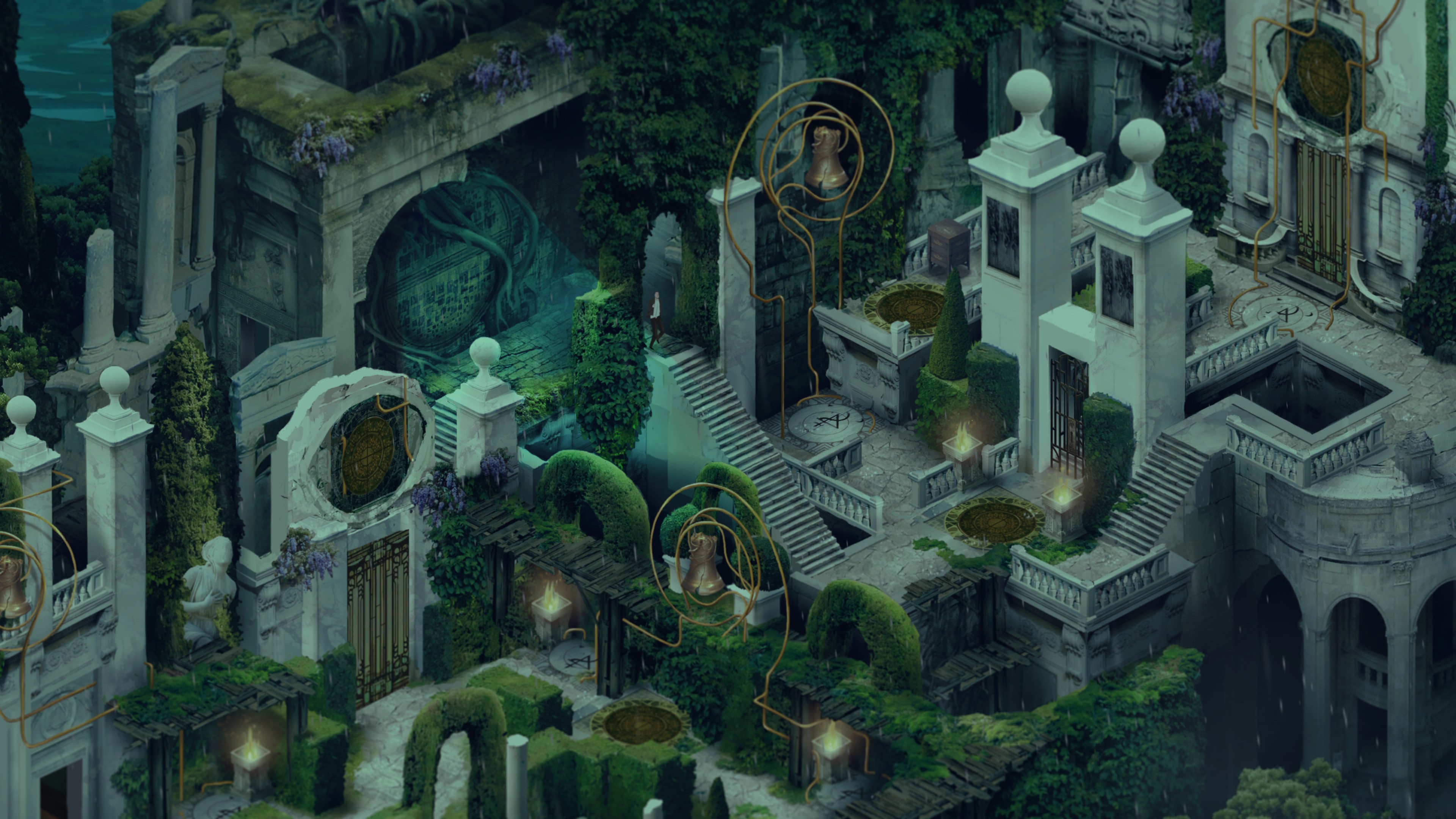 Disk pressure plates must be activated to open doors

Pavilion is a mouse-only game, focusing on the player activating bells and lights in the environment to coax the character around. The character will move toward platforms when the bells connected to them are rung, but avoids any areas of darkness. Later on the player gains the ability to move select blocks and make special crystals glow. The character will also automatically pick up and use keys if they walk by them or the doors they unlock. None of the puzzles were particularly complex, but I wish some of the more interesting techniques had been reused such as block stacking and breaking barriers. 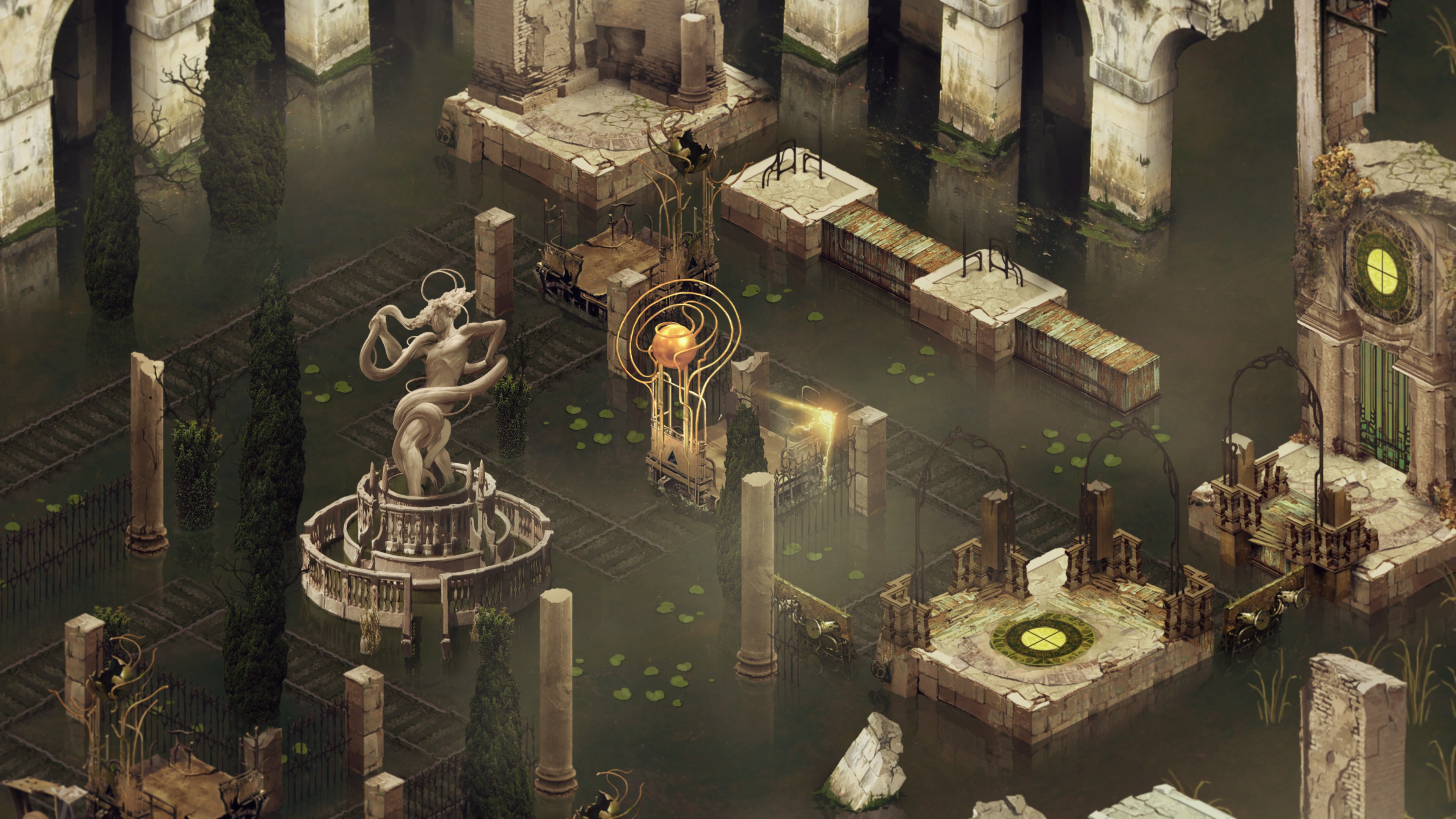 Pavilion features surreal visuals, from the structures and furnishings to the interactive elements and effects. Many visuals appear to have been manipulated from real photographs, particularly some of the trees in early levels. The game also makes good use of dynamic lighting and reactive transparency to keep the player focused on what the character sees. 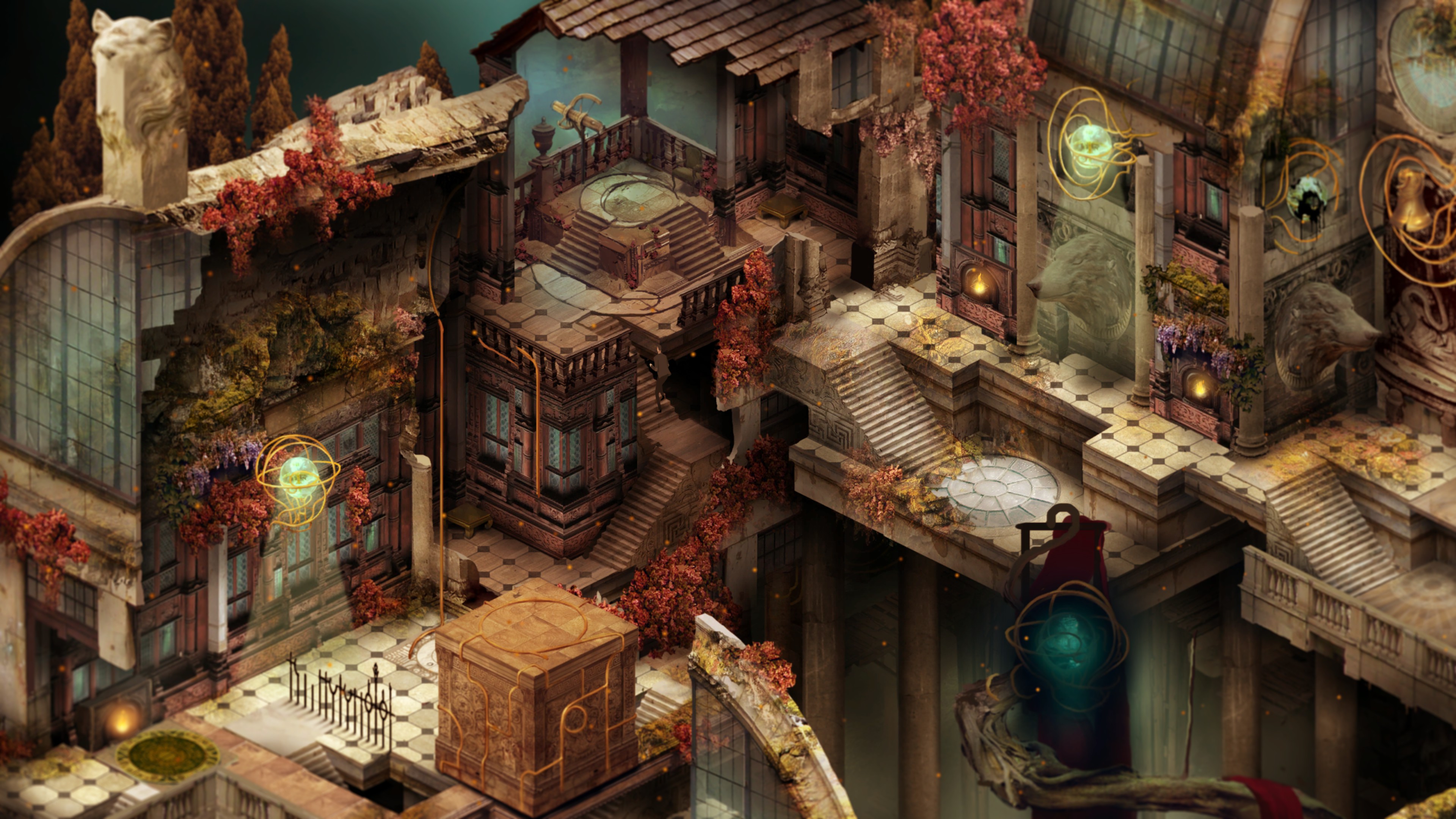 The architecture of this area is one of my favorites

The music in Pavilion is very relaxing and elegant. It changes between puzzles, but typically consists of classical instruments at a soothing pace. I felt this fit very well with the ornate buildings and marble statues featured in the game. There are also nice sound effects for interacting with objects like bells.

Unfortunately Pavilion suffered from some pretty major glitches later on into the game. Several times I had to reset a series of puzzles (going up to 6 puzzles back for a checkpoint) because the character became glitched and unable to move, or the graphics failed to spawn/despawn correctly and I was unable to see the room I was in. In one case the bug happened repeatedly and I had to reset several times. Earlier on in the game I didn’t experience these issues, but had problems with minor annoyances like the character not moving until called twice, levers not reacting to the mouse, or blocks being finicky moving around corners.

This visual glitch forced me to reset a series of puzzles

The story of Pavilion is wordless and focuses on the male main character chasing after an ephemeral woman. In the few snippets of cut-scenes with the woman, she’s associated with dancing and roses which may be meant to indicate a romantic relationship. But for most of the game the woman is absent and the story is pretty vague on details. The game ends after “Chapter 1” and hints at a “Chapter 2” coming soon, but no news on the developer’s site indicates this is actually happening.

Overall, I greatly enjoyed Pavilion’s atmosphere and puzzles. Despite getting frustrated with some of the glitches, most of the gameplay was smooth. I’d have liked to see more of the puzzle techniques reused, but as it stands the puzzles change and keep things fresh. I recommend Pavilion to all puzzle fans, especially those who like the atmosphere presented.