Sin Slayers: The First Sin is a free strategy RPG with rougelike elements. Players control a party of 3 characters while exploring procedurally generated maps. Characters improve by gaining new skills and equipment and players can create and recreate their party from the 5 available heroes. The game is still in development, with 6 more areas and 5 more playable characters planned. 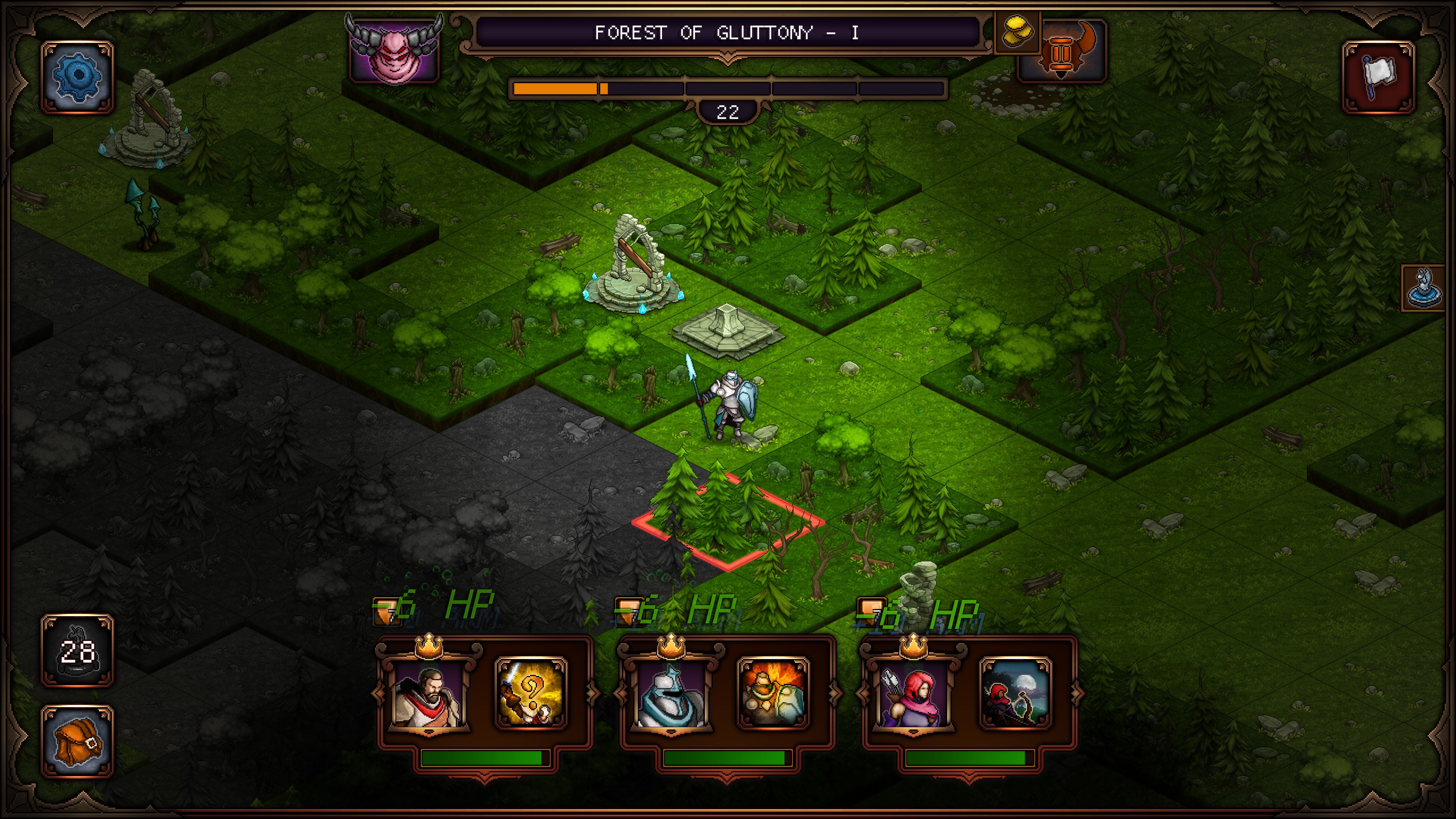 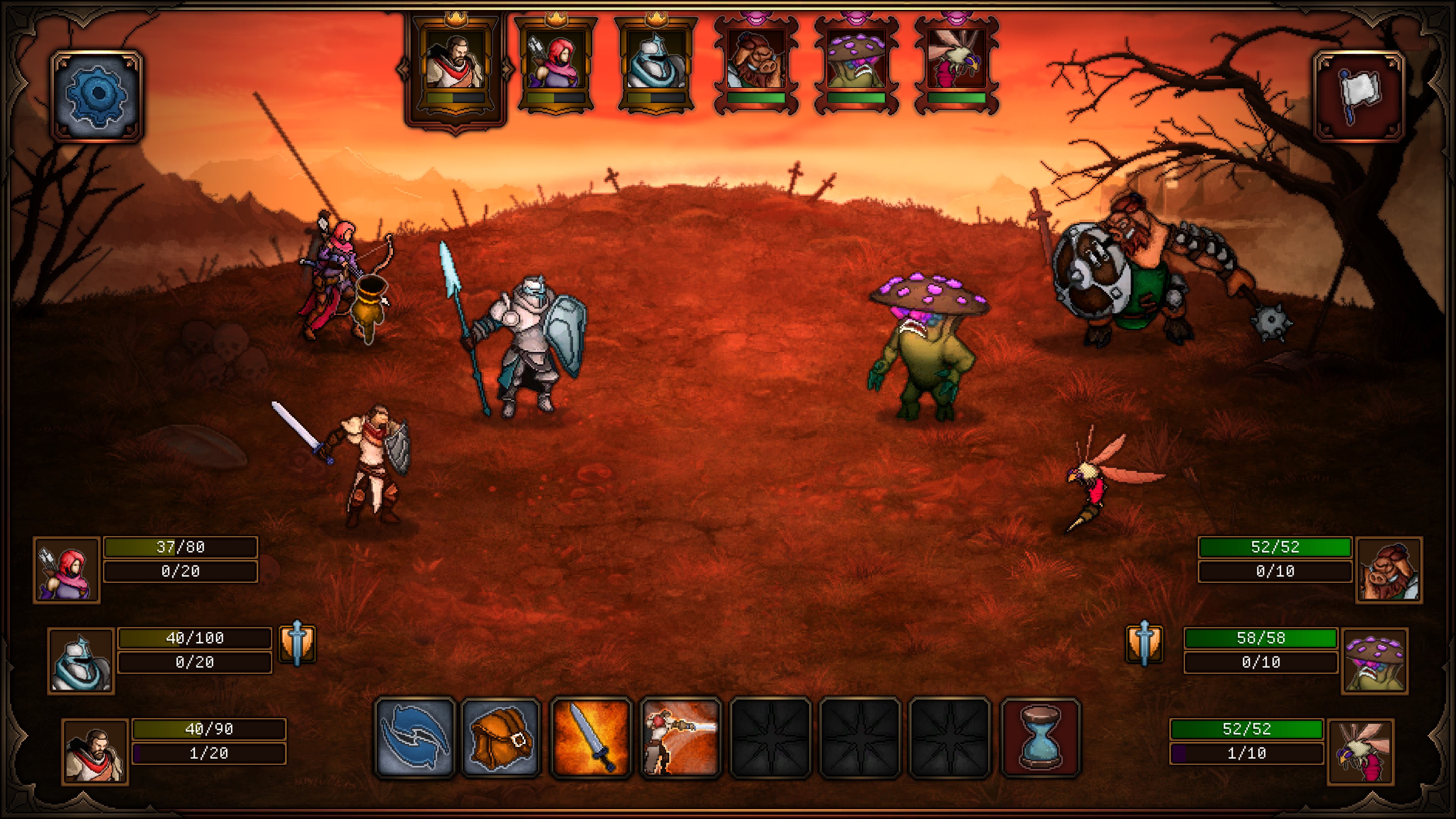 Engage in turn-based combat with no automatic healing between fights

In Sin Slayers: The First Sin, players explore a procedurally generated map. Encounter enemies, traps, looting opportunities, portals, merchants, and shrines / altars. Side quests are also generated into the maps and change with each playthrough. Choosing options such as looting crypts can raise the “sinfulness” of your team, meaning possible loot now in exchange for harder enemies later. Managing the sinfulness level allows players to control the difficulty dynamically.

Each of the 5 starting characters have a different class and ability tree. Instead of gaining experience and stat boosts, characters “level up” by consuming knowledge shards to gain access to new tiers of their ability tree. Skills within an ability tree tier can be swapped around while outside of combat, so characters can be customized for each party. Equipment is the other power increase for characters. Equipment can be found or crafted, and existing equipment is usually upgraded instead of sold.

Some crafting can be done while exploring a map

Currently only the first of 7 planned areas is available in the game. Each area is themed after a sin and the first is Gluttony. The sin in command of an area adds conditions which can increase the sinfulness level of your party, and must be defeated in a unique boss battle to complete the highest difficulty for the area. More information on the planned content for the game is available on the Kickstarter. 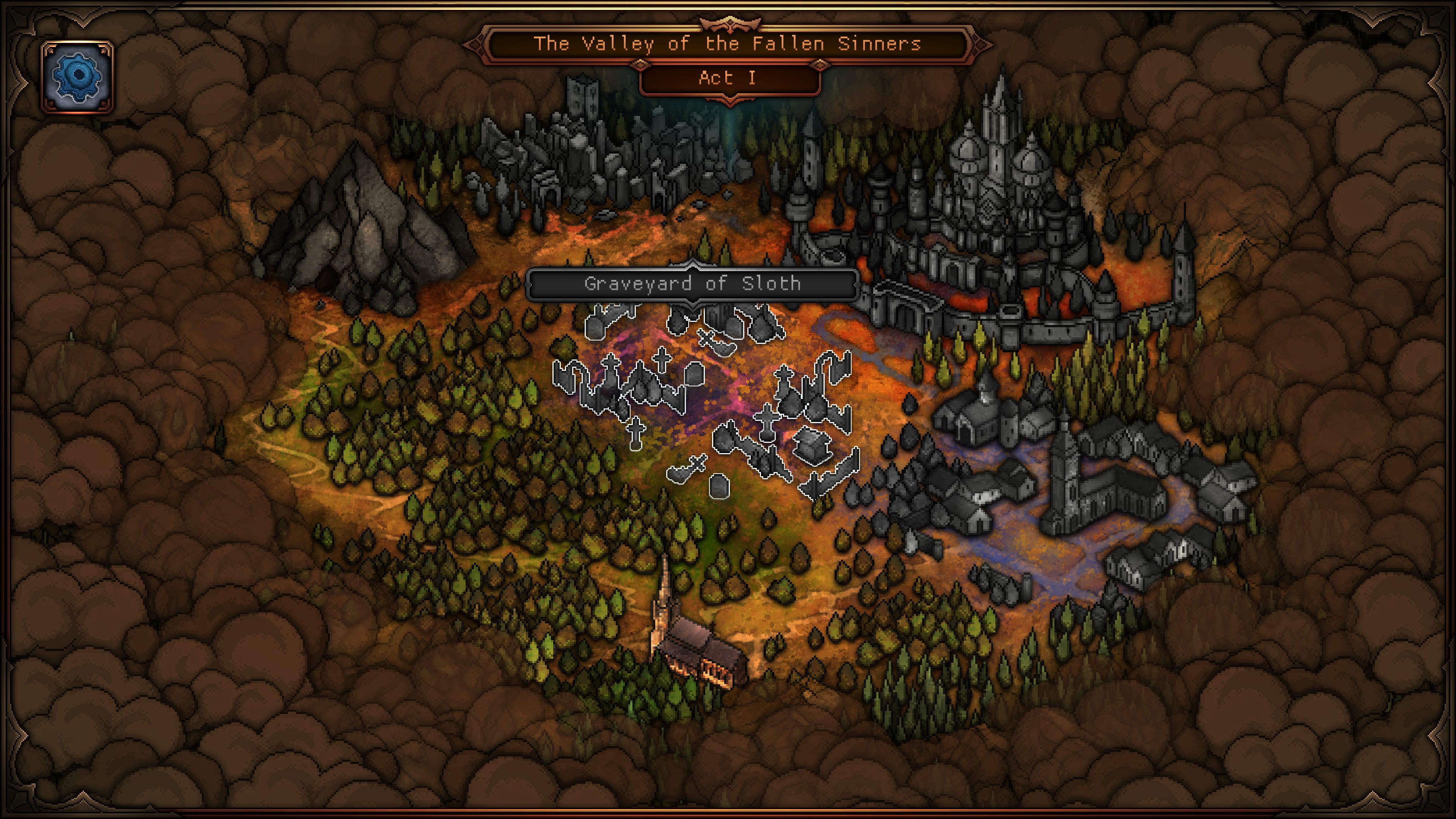 Additional regions in grey will be available later in development

After playing through the first area, I started to feel like the combat became repetitive. I wanted keyboard controls so I could speed up my battles and blaze through exploring the map. I used only a single party composition, which certainly played a role, but I also felt like the enemies weren’t distinct enough. The characters and story also felt tropey and bland to me, although I think their tropeiness could be made pretty funny if the developers took a comedic approach.

The story is currently pretty minimal and bland

Overall I enjoyed the existing content in Sin Slayers: The First Sin. I feel it has a solid base for the combat and class systems and just needs more fleshing out with items and diversification of enemies. There’s little story or character personalities, but the game doesn’t focus on these much. I recommend RPG fans check out the game and consider backing the Kickstarter if they enjoy what they see.