Marie’s Room is an adventure game in which players explore their best friend’s room in the past and recall what happened to them. Players examine past objects and uncover related diary entries from their friend. Uncovering enough of the diary entries allows players to see the ending of the memory and the aftermath. 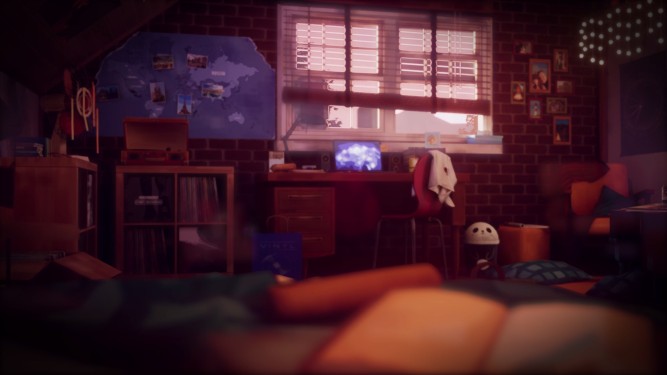 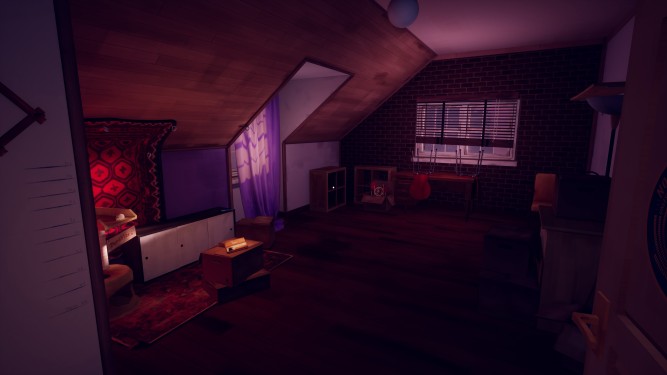 The room in present day

The story of Marie’s Room focuses on Kelsey and Marie, and other important figures in the two girl’s lives. Players control Kelsey while exploring Marie’s room from their teenage years. Interacting with objects in the room triggers dialog from Kelsey about her memories of them, and key items unlock diary entries in Marie’s journal to get her view of events. There are more than 50 dialogs to trigger and 30 journal entries to unlock. I found the story really engaging and it definitely became more dramatic than I was expecting!

Dramatic turns in the story!

One of the things I really enjoyed about Marie’s Room was the atmosphere. The arrangement of the room felt natural and told you about Marie’s personality. The lighting and sound effects were subtle but effective and the music supplemented some of the dramatic story reveals. I also felt that some of the minor objects and dialog helped the characters and story feel fleshed out.

Get to know the characters from multiple angles

Unfortunately I wasn’t able to find one of the journal entries in Marie’s Room. I looked up community guides on the subject after being stuck for a while, but was never able to trigger it. The story is well enough understood without every entry, but some other players have reported similar issues with getting a random last entry to trigger.

I also had some minor questions left about the story and characters. Given that the game is a free experience only an hour long I wasn’t expecting to know all the details, but particularly after the ending I had more minor questions about things that seemed to contradict. These were pretty minor however and I still liked the ending.

The ending had some minor contradictions, but I liked it

Overall I really enjoyed Marie’s Room. It’s a great short story game with a lot of the polish and depth players don’t often get in free games. I enjoyed trying to learn everything about the story and characters and the ending was good. I would recommend Marie’s Room to any players looking for a fun story-focused adventure game.