Choose your survivor, scavenge your equipment, and hunt down your opponents in Eternal Return: Black Survival, a free-to-play MOBA-style battle royale! 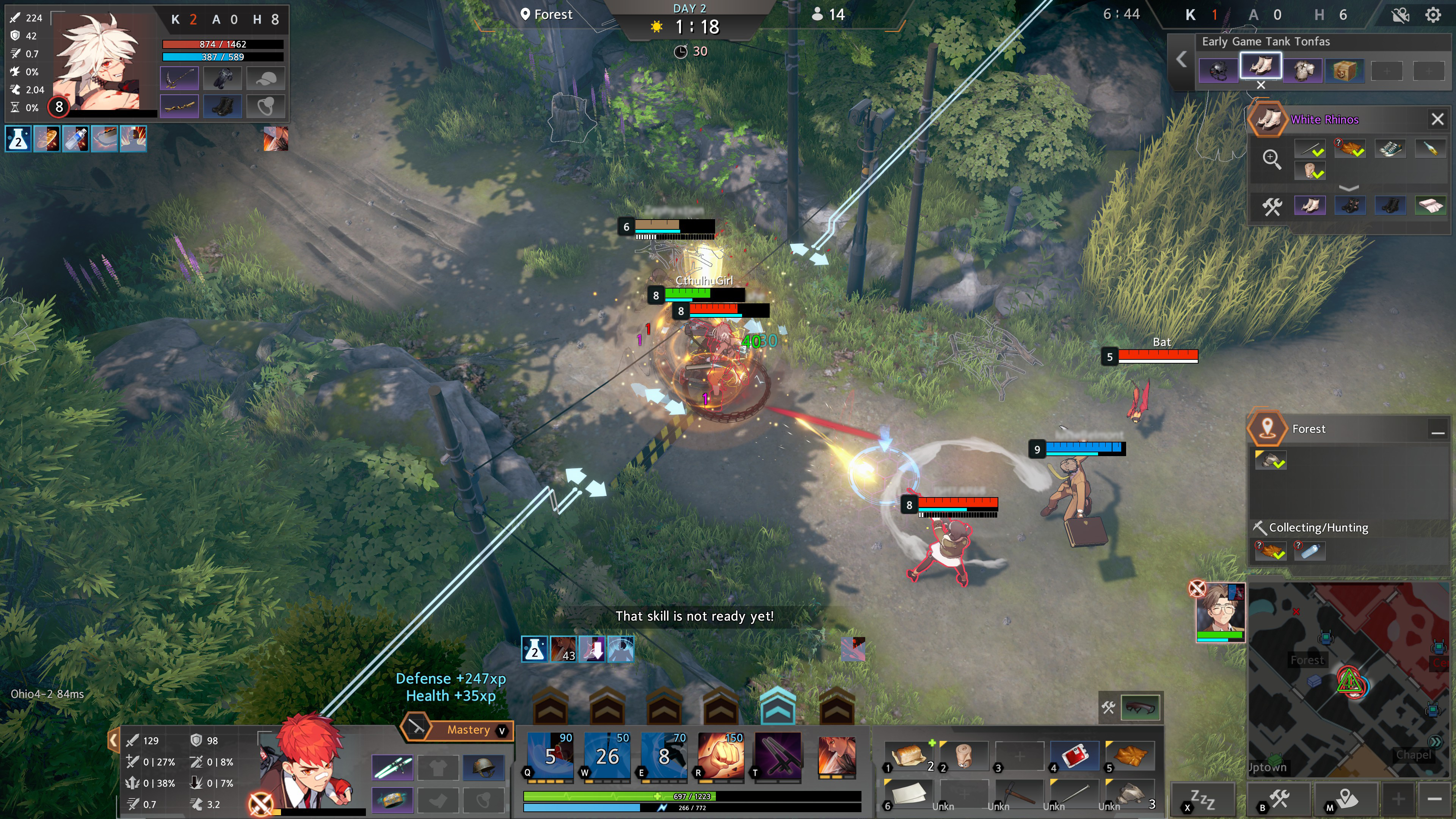 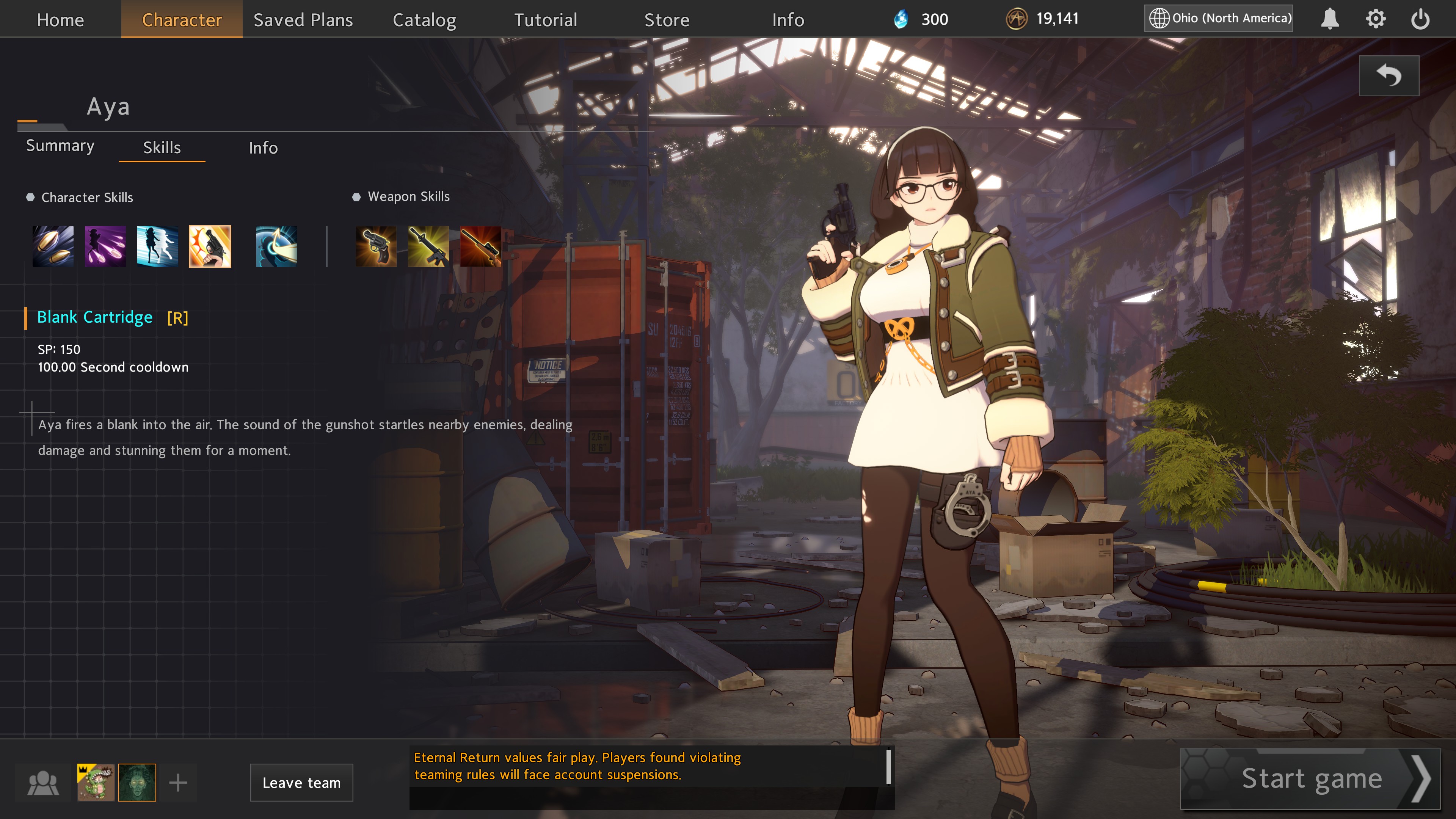 Aya is a gun-based character than can wield pistols, assault rifles, and sniper rifles

Eternal Return: Black Survival is a battle royale game with heavy MOBA influence. It builds upon the developer’s prior game Black Survival (review available here), using the same characters, items, and locations put reworked for a topdown MOBA feel with abilities and additional stats. It also adds duo and squad modes which shake-up builds and routes from the traditional single-player mode. Currently Eternal Return: Black Survival is in early access with 20 characters available. The developer has stated they expect to have 40 characters and an alternate win condition for the full release, likely bring the variety of the original game. 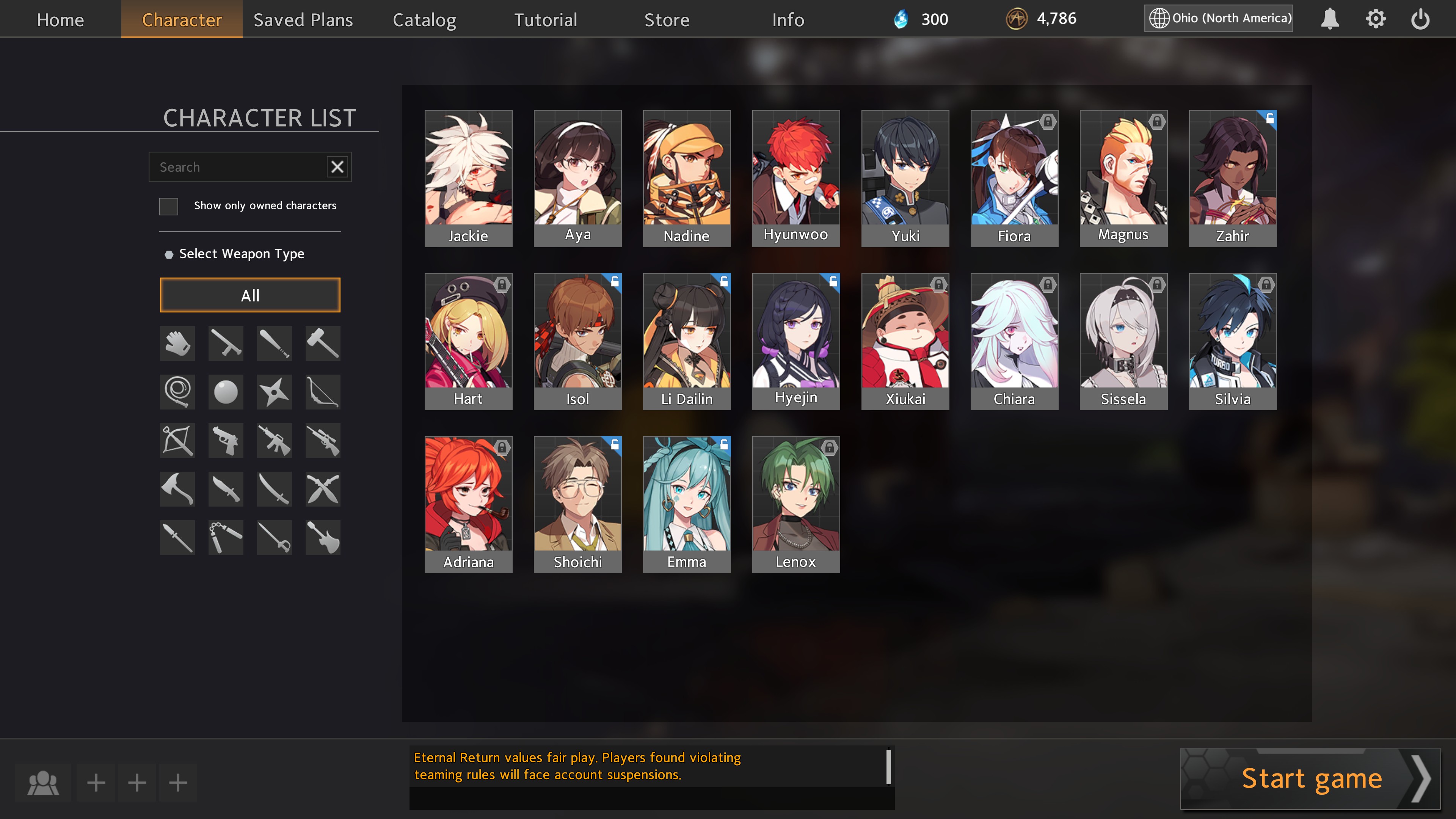 Eternal Return: Black Survival currently has 20 playable characters called test subjects or survivors. Each has a passive ability, 3 basic abilities, and an ultimate ability. They also have a limited number of weapon types they can use, with some characters having one and others having up to four. The character doesn’t start off good with these weapons, that’s just what they can wield. Different weapons have different feels, such as needing to reload or affecting vision range. By using the weapon, they’ll level up mastery in it and eventually unlock its unique weapon skill. All almost all traits in the game level up as they’re used, from searching and moving to using weapons and defense. Players that avoid combat, will have poor combat stats when they need them.

Viewing map and items outside a match

The map is divided up into 15 accessible regions. Each region has different items and in different quantities. To build high tier equipment, players have to gather items from multiple areas. Players can plan builds and routes between matches, then load in with a build plan that tracks their progress. However, as the match progresses, areas will become restricted, meaning staying more than 30 seconds will lead to instant death. Players have to think on the fly to replan their routes based on which areas are become restricted. Apart from their weapon and equipment, it’s important to craft healing and stamina items as well as traps. It’s also possible to find or activate cameras to gain extra vision, otherwise players will only be able to tell the locations of enemies based on sound and loud-sound pings on the map.

Outside of a match, players can research and plan builds. Builds from other players can be searched and imported along with their routes. Players can view all the available items and where to find their components. They can also purchase new survivors with regular or premium currency. Two survivors are unlocked by default and another 6 are on free rotation each week. There are daily quests to help regular players build up currency and player experience. Once players reach account level 20 they may participate in ranked matches

Overall, I’ve been greatly enjoying Eternal Return: Black Survival. It’s great to play with friends, and I love the variety of builds for each character and the thinking on the fly that’s required as zones get restricted. As a MOBA player, I loved the top-down approach using skill-shots as opposed to the more traditional first-person shooter approach more common in battle royales. With only half of the characters in the game that are expected for the full release, it’s going to be a bittersweet wait to get out of early access. I strongly recommend Eternal Return: Black Survival for battle royale and MOBA players interested in a blending of the two genres.